HOME / WORLD / How sickening can PA hypocrisy get over the Palestinian prisoners’ issue? 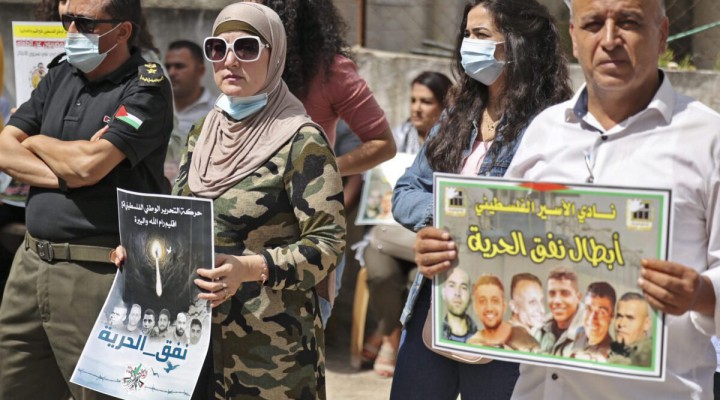 What does the Palestinian Authority care about the conditions of Palestinian prisoners in Israeli jails? If the rhetoric of Prime Minister Mohammad Shtayyeh is all we have to go on, the narrative is no more than a façade. He has appealed to the International Committee of the Red Cross (ICRC) and the UN to ensure that the prisoners are not subjected to torture.

What can be gleaned from the latest collaboration with the occupation state is that security coordination remains “sacred” for Mahmoud Abbas. Indeed, Israeli Defence Minister Benny Gantz has ensured that it remains so, with the latest concessions offered in return for strengthening the PA.

Shtayyeh’s comments, therefore, will do little to reassure Palestinian prisoners and their families. The trend of exploiting media-hyped stories remains one way by which the PA tries to gain some political relevance and public Brownie points. The prime minister’s appeal does nothing to disguise the oppression which Palestinians face at the hands of both the PA and Israel; it is not just in Israeli jails that Palestinians face torture and abuse. Security coordination with Israel ensures that Palestinians face similarly brutal treatment in the PA’s jails. In light of the recent killing of Nizar Banat by PA security forces, as well as the brutal repression of public protests in its aftermath, Shtayyeh would have been more honest if he had also thrown the spotlight onto PA cruelty as well.

“We’ve reached the last chapter of the transitional period with the PA and they know that the only way they can stay in power is with bullets and batons,” declared Shawan Jabarin, the director of Al-Haq human rights organisation recently.

What is being considered to be the ultimate manifestation of repression against the Palestinian public has long been used against Palestinian dissenters who end up being handed over to Israel by the PA security forces. Is Shtayyeh asking us to believe that the conditions of arrest, detention, and imprisonment under the PA are better than those of Israel, given that security coordination is decisive in the fate of Palestinian prisoners? The PA’s detention conditions should be of as much interest to international organisations as Israel’s if only human rights were truly a concern for the international community.

The only certainty gleaned from Shtayyeh’s appeal to international organisations is the periodical exploitation of Palestinian prisoners. They are the vanguard of resistance which the PA thinks it can capitalise on, as long as it feigns concern about human rights violations committed by Israel while ignoring its own.

Would the PA have been concerned about Palestinians in Israeli jails if the escape from Gilboa had not hit the headlines? The PA is delusional if it thinks that public relations opportunities can convince a united Palestinian public that the leadership has shifted from security coordination, torture, and extrajudicial killing, into a political entity abiding by international human rights norms.

How sickening can PA hypocrisy get over the Palestinian prisoners’ issue? Quite probably even more so than it is now.

0 thoughts on “How sickening can PA hypocrisy get over the Palestinian prisoners’ issue?”