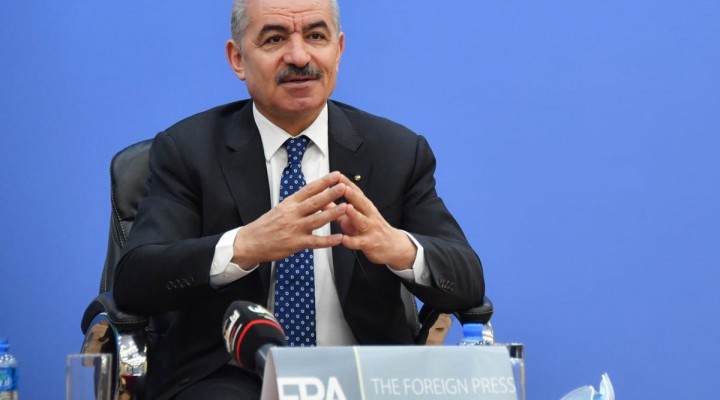 Another call by Palestinian Authority Prime Minister Mohammad Shtayyeh for international protection for the people of occupied Palestine speaks volumes about Ramallah’s complicity in violent acquiescence, rather than the PA leadership having the people’s interests as a priority. Following the Israeli army’s killing of four Palestinians in Jenin, Shtayyeh called upon the UN “to condemn this outrageous crime and provide international protection to the Palestinian people in light of the Israeli escalation in the murder that targets Palestinian youths and children.”

In a similar vein, PA spokesman Nabil Abu Rudeineh warned recently that Israel’s “continued extrajudicial killings of Palestinians and colonial settlement construction will lead to a conflagration with unforeseeable consequences for the whole region.”

Has the PA woken up to Israel’s extrajudicial executions only since its own security agents killed Palestinian activist Nizar Banat with no due legal process? He spoke out against Ramallah’s role in colonial violence through its “sacred” security cooperation with the occupation security forces. The PA cannot exonerate itself for its role in colonial violence against Palestinian civilians. Its approach to leadership – which is not built upon democratic processes – plays a major part in the PA’s culpability when it comes to the violence experienced by the Palestinian people.

The PA’s tacit complicity and international grovelling sees it seeking out opportunities to level feeble criticism against Israel, even as it conspires with the settler-colonial entity in terms of the state’s expansion and the violent displacement of the Palestinians. The people will not forget the PA’s silence over events in the Gaza Strip and Sheikh Jarrah during the past few months. Not that this is the first time that the PA has remained silent, of course; Khan Al-Ahmar is one example of Israeli violence that the authority ignored until mainstream media caught up with the demolition threats and the PA recognised a public relations opportunity. Within a few months, the Palestinians were deprived of democratic elections by the PA and Israel; suffered yet another massacre in Gaza which the PA exploited in an attempt to garner some support after cancelling the elections; faced Israel’s colonial expansion in Sheikh Jarrah on their own because the PA had not yet found an opportunity to capitalise publicity over Jerusalem, and became acquainted with the overt elimination of the PA’s critics.

With the help of Israel, the Palestinian Authority arrests Palestinian activists – Cartoon [Sabaaneh/MiddleEastMonitor]

Shtayyeh and Abu Rudeineh would rather gloss over the PA’s complicity in Israel’s colonial violence and hope that the Palestinians have short memories. This is especially so at a time when Israel and the US are scrambling to find ways to bolster the corrupt PA and make exceptions for Palestinian movement, within limits which would enable Ramallah to take greater control of a population that is clearly discontented with its “leaders”. So what exactly are PA officials complaining about, if their aim is not the protection of Palestinians or their land, but rather to ensure their survival in the internationally funded, state-building farce known as the Palestinian Authority?

Let us not forget that the PA will get support from Israel and the US to prevent any Palestinian uprising, whether it is against the PA or the colonial-occupation state. From which part of the narrative does the PA wish to dissociate itself? It is not against extrajudicial killings of Palestinians; it has normalised that. Neither is the PA truly against settlement expansion, if the two-state compromise continues to feed its political positions. While the call for international protection says little about the PA’s intent to safeguard Palestinians, in an ideal world the Palestinians would be protected from both Israel and the PA. Like colonialism itself, complicity in the colonial project should not be disregarded.