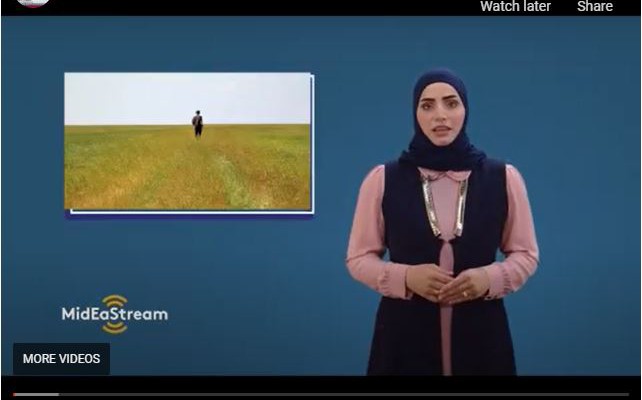 The heroic escape of six Palestinian detainees from an Israeli maximum security jail in the north of the occupied territories came as a strong slap in the face of the Tel Aviv occupying regime. The cellmates, serving life sentences, are believed to have fled through an underground tunnel from the Israeli detention center, which they had managed to dig over the past few months. This great act of liberation from the maximum security Gilbao Prison confused Israeli leading its regime troops to launch a wide manhunt to re-arrest the Palestinian heroes. The whole world stood in awe at this great escape as this operation was a one-of-a-kind achievement only possible because of Palestinian will and perseverance despite the recapture of four out of six of these heroes.

To discuss this issue with us from the occupied Syrian Golan is liberated Syrian detainee Sidqi Al Makt. 32 years is the sum spent by the liberated detainee Sidqi Al-Maqt in the prisons of the Israeli entity. Israel released the hero, according to his own conditions, to return to Majdal Shams, his hometown rather than be exiled to Damascus.

Will the new government of Najib Mikati be given public confidence? It is hard to say given this government seems to be representing the interests of the system that engineered the collapse of the country and manufactured this disastrous burden on the Lebanese society. It all came out crystal clear as the identities of the ministers was announced, the majority of whom will play a major role in the negotiations with the International Monetary Fund, and the development of an awaited “financial reform” plan. Ministers clearly representing the interests of the Central Bank, international private banks and financial institutions and most notably the interest of the United States of America. A new Lebanese cabinet formed in this following report.

To discuss this issue with us from Beirut is professor Dr. Jamal Wakim, author, academic and Professor of History and International Relations at the Lebanese University.

0 thoughts on “Six Acts of Liberation”