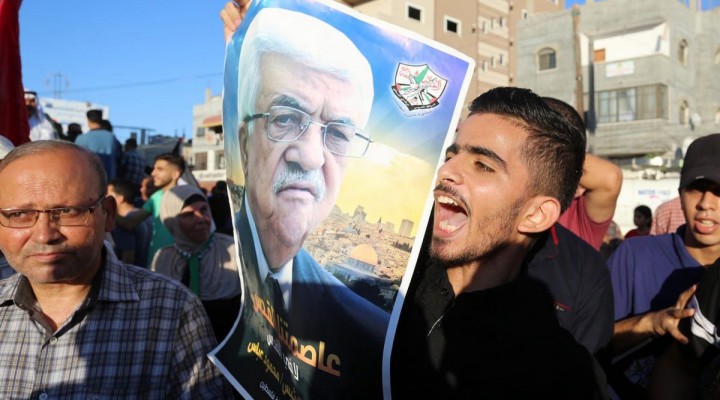 Yesterday’s meeting between Palestinian Authority President Mahmoud Abbas and Israeli Defence Minister Benny Gantz has irked both Israeli and Palestinian officials. The Israelis have suggested that Gantz might be trying to bring down the government, while Palestinian factions denounced the meeting because Gantz tweeted later that he told: “Chairman Abbas that Israel seeks to take measures that will strengthen the PA’s economy.”

Clearly, the PA’s woes prompted this meeting during which, according to the occupation state’s Defence Ministry, Gantz and Abbas met “to discuss security, civilian and economic issues.” The PA’s unravelling after the extrajudicial killing of Nizar Banat has altered the perception of Palestinian politics and its corrupt and seemingly invincible status resulting from international diplomacy. The people of occupied Palestine have proved that they are capable of change, so the interlocutors across the political spectrum are teaming up to ensure that the will of the people does not materialise.

Gantz’s meeting with Abbas happened after Israeli Prime Minister Naftali Bennett’s visit to Washington to meet with US President Joe Biden. The latter pledged the usual support for Israel’s security narrative and spoke about advancing “peace, security and prosperity for both Israelis and Palestinians.”

In both meetings, the message was unanimous: the status quo in Palestinian politics must be preserved to prevent any developments from rendering two-state diplomacy even more defunct than its non-existent implementation. It is within such a context, about which the US is also concerned, that the concessions Gantz made to the PA need to be evaluated.

Bennett has not yet indicated any interest in restarting diplomatic negotiations with the PA in terms of the two-state compromise, yet his government’s politics is the bulwark propping up Abbas and aiding Israel’s “natural growth” of settlements. This is the latest euphemism for colonial expansion and de-facto annexation of Palestinian land. In his meeting with US Secretary of State Antony Blinken last week, Bennett was reported to have emphasised that the US needs “to understand that the prime minister’s line is to preserve stability, without taking reality-changing steps.”

So while the concessions may alleviate Palestinian reality, they are juxtaposed against a harsher reality of enabling PA repression against its people. Lurking behind the meeting between Abbas and Gantz is the PA’s security coordination with Israel. How much more is it of benefit for Israel, the PA and the US to offer long-due concessions which ultimately do not encroach on Bennett’s plan not to enter negotiations? The realisation that the PA has reached rock bottom can only complement Israel’s penchant for violence and Abbas’s authoritarianism.