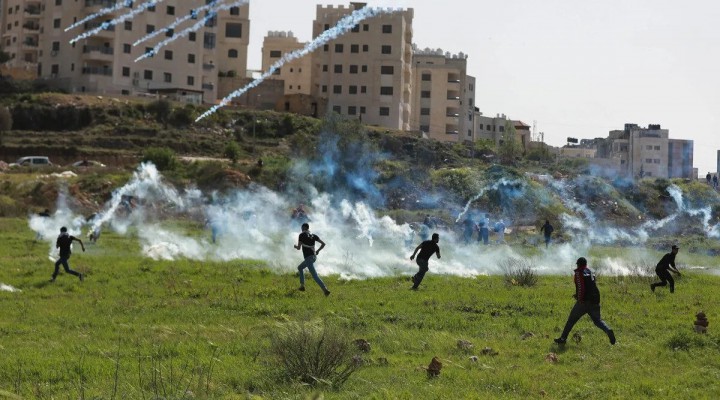 Despite several international admonishments, by human rights organisations mostly, as well as raising awareness about the policy within the international community, Israel has yet to face any persistent criticism, let alone consequences for its human rights violations against incarcerated Palestinians. While Israel retains the upper hand in terms of diplomacy, the Palestinian prisoners have been misrepresented perpetually in the media. From bursts of being in the spotlight, notably due to individual or collective hunger strikes, to being eliminated completely from the Palestinian narrative until the eventual emergence of yet another report, Palestinian prisoners have been directly or indirectly exploited.

Since January this year, Palestinians have been boycotting Israel’s military courts, which do not view administrative detention as an illegal measure. As Israel’s security narrative dominates state (and international) institutions, imprisoned Palestinians are little more than pawns, deprived of their right to know what they are accused of, any evidence pertaining to the accusations, or a date of release.

Amnesty International’s Deputy Director Saleh Higazi described the boycott as “a renewed collective call saying enough is enough.” This may well be the case, but to simplify the boycott into a current realisation of being deprived of basic rights is an insult to the Palestinian people, let alone the Palestinian detainees, whose history of anti-colonial struggle is not a recent phenomenon.

According to Israeli human rights organisation B’Tselem, “Military court proceedings in administrative detention orders are no more than a façade of judicial review… The state’s choice to continue the hearings as usual without the detainees or their lawyers simply proves it.”

The Israel Defence Forces pointed out that, “In the overwhelming majority of cases, the judges accept the Shin Bet [Security Agency] claim regarding the ‘security risk’ that justifies the immediate incarceration.” However, the international community is not beholden to Israel’s notorious Shin Bet, or at least it shouldn’t be. And yet, the world remains silent, unless it is to issue a meaningless statement which does more harm to the Palestinian people’s rights and political aspirations.