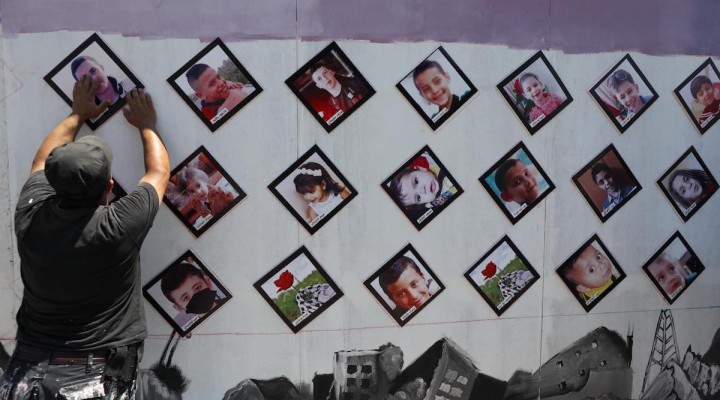 Israel’s dependence on being able to act with absolute impunity through its military and other institutions, as well as its illegal settlers, continues to leave a trail of oppressive destruction for the people of occupied Palestine. Indeed, nobody is safe from Israeli belligerence.

Towards the end of July, for example, the offices of Defence for Children International – Palestine (DCIP) in Al-Bireh were raided by Israeli forces in the early hours of the morning. Israeli soldiers confiscated six computers, two laptops, hard drives and files related to Palestinian child detainees who are being tried in Israel’s military courts. DCIP was given no reason for the raid.

In July, Israeli forces killed two boys – the youngest was just 11 — and injured another two. Statistics compiled by DCIP show that in May this year 72 children were killed by Israeli settlers and soldiers. That’s the highest monthly tally ever, apart from January 2009 and July and August 2014 which coincided with Operations Cast Lead and Protective Edge. According to Addameer’s most recent statistics from July this year, 225 children are being held in Israeli prisons.

While Israel certainly has no qualms about hindering any form of human rights work that might benefit the Palestinians, the selectivity applied by Israeli forces speaks volumes about the occupation state’s targeting of organisations such as DCIP and B’Tselem. It was the latter which earlier this year attracted the government’s ire after it described Israel as an apartheid state. Hindering human rights organisations ultimately has consequences for the Palestinian people who, having no political representatives who actually care about their political and human rights, need organisations to bridge the gap between the dominant Israeli narrative and Palestinian testimony which is usually coerced into silence.

It is most telling that DCIP also feels the need to call upon the UN to hold Israel accountable. A human rights organisation which has to remind the purported guardians of human rights of their obligations says a lot about the sealed bubble in which the international organisation operates. Which begs the question, if such civil society organisations know that they cannot depend upon international institutions to safeguard even the most basic of rights of the oppressed, why is the UN still retained as the point of reference and authority on human rights?

caption: Pictures of Palestinian children killed in the Israeli attack on Gaza in May 2021 are placed outside the UNDP office on 13 July 2021 [Mohammed Asad/Middle East Monitor]