HOME / WORLD / Door Is Closing on an Iran Nuclear Deal 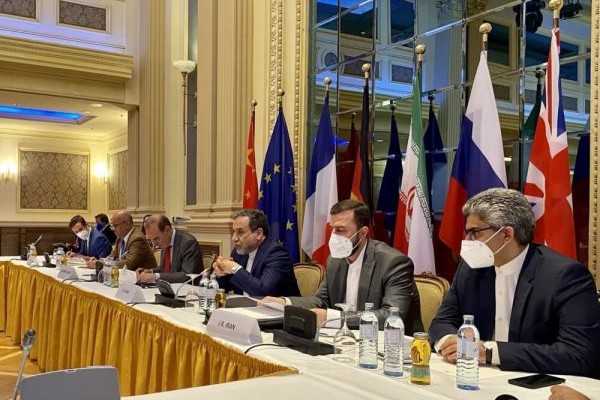 Critics of the foreign and national security policies of the Joe Biden regime were quick to note that the American soldiers being pulled out of Afghanistan were no doubt a resource that will be committed to a new adventure somewhere else. There was considerable speculation that the new model army, fully vaccinated, glorious in all its gender and racial diversity and purged of extremists in the ranks, might be destined to put down potentially rebellious supremacists in unenlightened parts of the United States. But even given an increasingly totalitarian White House, that civil war type option must have seemed a bridge too far for an administration plagued by plummeting approval ratings, so the old hands in Washington apparently turned to what has always been a winner: pick a suitable foreign enemy and stick it to him.

It is of course generally known that when Joe Biden was running for president, he committed himself to making an attempt to reenter the Joint Comprehensive Plan of Action (JCPOA) of 2015 which placed limits on the Iranian nuclear program and also established an intrusive inspection routine. In turn, the Iranians were to receive relief from sanctions related to the program. In 2018 President Donald Trump withdrew the United States from the agreement based on the false argument that Iran was cheating on the arrangement and was secretly engaged in developing a weapon. Trump’s neocon supporters on the issue also argued without any evidence that Iran was intending to use the agreement as cover for its efforts to accumulate enriched uranium, guaranteeing that they would be able develop a weapon quickly when the inspection regime expires in 2025.

The Trump move was, of course, backed by the Israel Lobby and it was widely seen as deferring to Israeli interests at a time when the agreement was actually good for the United States as it blocked an unfriendly country’s possible nuclear proliferation. Unfortunately, a US government’s bowing to Israel is not exactly unusual and the withdrawal was subject to only limited criticism in the mainstream media.

Joe Biden, who has described himself as a Zionist, is no less prone to pandering to Israel than is Trump. When he raised the issue of JCPOA during his campaign in a bid to appeal to his party’s progressives, he also caveated the move by indicating that the agreement would have to be updated and improved. The talks in Vienna, which Iran and the US are indirectly engaged in, have been stalled for several months due to Iranian elections and over Washington’s insistence that Iran include in the agreement restrictions on the country’s ballistic missile program while also ceasing its alleged interference in the political turmoil in the region. The interference charge relates to Iranian support of the completely legitimate Syrian and Lebanese governments as well as of the Houthi rebels in Yemen who have been on the receiving end of Saudi Arabian aggression supported by Washington.

As Iran insists that any return to status quo ante be based on the existing agreement without any additions, to include relief from sanctions which Washington has rebuffed, it has been clear from the beginning that there is nowhere to go. Recently it has been argued in neocon and media circles (essentially the same thing) that the new conservative president of Iran Ebrahim Raisi means that no arrangement with Iran can be trusted and they point to International Atomic Energy Agency (IAEA) reports that suggest that Iran has started to enrich admittedly small amounts of uranium. To add to the confusion, there have been some reports suggesting that Israel deliberately targeted and destroyed IAEA monitoring equipment in a June raid to make clear assessments of nuclear developments more difficult to obtain.

To finish the charade, which was not expected to result in anything, Secretary of State Tony Blinken, traveling Germany to mend fences over the Afghanistan debacle, has now warned that the US is getting “closer” to giving up on renegotiating the Iran nuclear deal. Blinken declared to reporters that “I’m not going to put a date on it but we are getting closer to the point at which a strict return to compliance with the JCPOA does not reproduce the benefits that that agreement achieved.”

When Blinken refers to benefits he is now of course meaning the full package of demands being made by Washington, which, as noted above, go far beyond the original intention of the agreement. As Iran has repeatedly insisted that it is only willing to discuss the original formulation which would provide for them some sanctions relief, something that Blinken certainly knows, he evades the issue of Washington being the spoiler in the Vienna talks.

Now that Afghanistan has fallen with considerable blowback to the fortunes of the Biden Administration, the situation with Iran becomes potentially more important, even while recognizing the Iran does not threaten the United States or its actual interests in any way. Biden-Blinken are clearly interested in sustaining a purported vital interest in the Middle East so troop levels throughout the region can be maintained. There is a commitment with Baghdad to remove all US “combat troops,” however that will be defined, by year’s end, but there are also American soldiers in Syria fighting a war and large military bases in Kuwait, Doha, and Bahrain. The US also maintains a skeleton presence of air force personnel in Israel as well as large arms supply depots.

To justify all that an enemy is essential and Iran fits the bill. And it should surprise no one that steps are now being taken to confront the evil Persians in their home waters. The United States Navy’s Bahrain-based 5th Fleet announced last week that it will create a special new task force that will incorporate airborne, sailing and underwater drones to confront Iran. In the announcement the spokesmen revealed that in coming months drone capabilities would be expanded to cover a number of chokepoints critical to the movement both of global energy supplies and worldwide shipping, to include the crucial Strait of Hormuz, through which 20% of all oil passes. It also will presumably include the Red Sea approaches to the Suez Canal as well as the Bab el-Mandeb Strait off Yemen.

The systems being deployed by what has been dubbed the 5th Fleet Task Force 59 will include some recently developed innovative technologies, to include underwater, long range, and special surveillance drones. Armed drones will use the same platforms and some of the drones will be small enough to be fired from submarines, which will confuse points of origin and permit plausible denial by Washington if they should be used to deter or intimidate the Iranians.

So, the fall of Afghanistan might be seen as welcome after all these years of mayhem, but it may have opened the door to heightened tension in the nearby Persian Gulf. Washington-Biden-Blinken are intent on proving to the world that in spite of Afghanistan the United States is nobody’s patsy. Unfortunately, putting the screws to Iran yet again is no solution to Washington’s inability to perceive its proper role in the world. The lesson that might have been learned in Afghanistan and also Iraq apparently has already been forgotten.

0 thoughts on “Door Is Closing on an Iran Nuclear Deal”