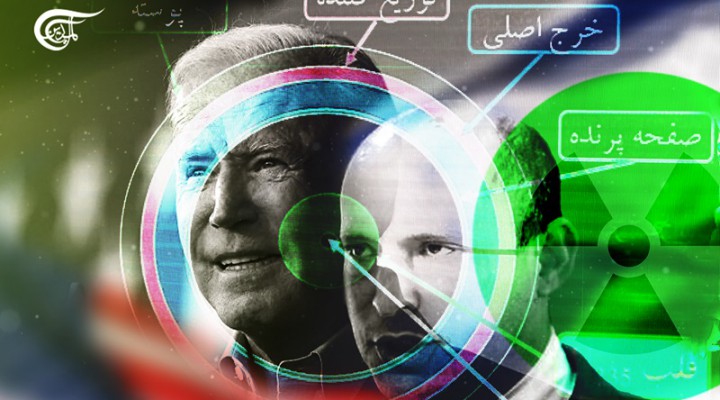 It is pretty obvious that in the wake of the Afghan debacle, there is little appetite in Washington for any war with Iran. The very notion of re-making the ‘westification’ of the Middle East has lost its lustre.

Israeli PM Bennett got everything he wanted from Biden in terms of telegenic pledges to wave in front of the Israeli audience — so says Israeli correspondent, Ben Caspit. Biden repeated the US’ commitment to ensuring that Iran never shall possess a nuclear weapon. “Bennett’s people breathed sighs of relief and exchanged smiles, and then heard Biden add [icing to the cake]: That while the United States would prioritize diplomacy to block Iran’s nuclear program, ‘If diplomacy fails, we’re ready to turn to other options’”. Biden was understood to be saying that “there is now a military option on the table”. He also promised, like all US presidents since 1969, to continue “the understanding” that the US would not mention, nor comment on; “Israel’s” own nuclear weapons arsenal. What the Israeli team, however, desperately sought was for the US to wave a big stick at Iran.

But neither of the two men’s main aims will materialize. Biden may have sounded ‘tough’, but the nuance here lies with Washington’s promise of ‘no weapon’ — it didn’t, however, say that it would prevent Iran from becoming a ‘threshold weapon state’ (i.e. when a state becomes sufficiently technically advanced to be able to assemble a weapon at short notice).

The point here is that the US can afford for Iran to be a breakout state — “Israel” cannot.  Indeed, Iran may be close to breaking out, or even have achieved it already. And that is enough in itself.  Nukes are not really practical weapons in a crowded, ethnically-interpenetrating Middle East. But it’s the deterrence of ‘threshold’ that counts.

So what did Bennett ‘get’?  Bennett presented to Biden a strategy of countering Iran through what was described as “death by a thousand cuts” — a combination of many small, sometimes, deniable actions, across several fronts – both military and diplomatic – instead of one, single dramatic strike, as one Israeli official put it.

Bennett reportedly told Biden the US and “Israel” need to put what he termed Iran’s ‘regional aggression’ “back in the box”, in addition to its nuclear program. To that end, he asked Biden not to pull US forces out of Iraq and Syria. The Israeli delegation reportedly felt ‘optimistic’ about Biden’s attitude on that front.

Well, Biden on Tuesday night said that concluding the war in Afghanistan marked the end of the era of America “remaking” nations.  He mooted a retreat in the United States’ role as the world’s policeman, suggesting he would only intervene in the future if there were clear goals and a fundamental national interest for the US.

Biden said he was overhauling US foreign policy and appeared to move away from engagement in the world. He said, “As we turn the page on the foreign policy that has guided our nation for the last two decades, we have got to learn from our mistakes. To me, there are two that are paramount. First, we set missions with clear, achievable goals, not ones we will never reach. And second, we will stay clearly focused on the fundamental national security interest of the United States of America”.

In the end, what then was the ‘everything’ that Bennett got? He got a ‘secret channel’. This was touted as the main means by which the two countries would deal with Iran’s nuclear program (i.e. monitor “Israel’s” ‘death by a thousand cuts’ project). Yet even this was heavily circumscribed: Were “Israel” to offer up an original, daring, and feasible plan, the US does not necessarily have to accept it, for fear that any military step would drag it into a war, against its will.  It is pretty obvious that in the wake of the Afghan debacle, there is little appetite in Washington for any war with Iran. The very notion of re-making the ‘westification’ of the Middle East has lost its lustre.

And certainly, it is no coincidence that on the eve of the Biden-Bennett meeting, as Yossi Melman wrote, The New York Times reported that US officials were angry at the sabotage operation carried out by the Mossad under Yossi Cohen on the uranium enrichment facility in Natanz. American sources were quoted in the report as accusing “Israel” of violating its commitment to coordinate clandestine activities in advance.

The publication of such an article was clearly designed to send a broad hint to “Israel” to toe the American line and refrain from any unilateral initiatives that surprise Washington.

In sum, Bennett told Biden that he opposes a return to the 2015 nuclear deal (as its appeal had faded, through looming ‘sunset clauses’ and Iran’s technological advances). Biden, Israeli officials noted, did not seem particularly optimistic either about the JCPOA’s possible resumption.

So, the bottom line is that Bennett’s ‘1000-cuts strategy’ paradoxically is little more than a re-labelling of Netanyahu’s so-called ‘salami-slicing’ strategy. And in pursuing that more aggressively, “Israel” could find itself standing alone – and besieged by the Qasem Suleimani ‘ring of fire’ of smart missiles and swarm drones targeting all of “Israel”, from all directions.

Israeli General Gershon Hacohen, a research fellow at the Begin-Sadat Strategic Studies Centre, has warned explicitly that the Second Lebanon War may have been the last time “Israel” would focus on fighting on one front. “Israel could find itself besieged by the “Qassem Suleimani Doctrine” of a “fire ring” of rockets and missiles coming from all directions”, he warns.

The next war may well be a regional war.

0 thoughts on ““Israel” Has Fought Its Last One-Front War”