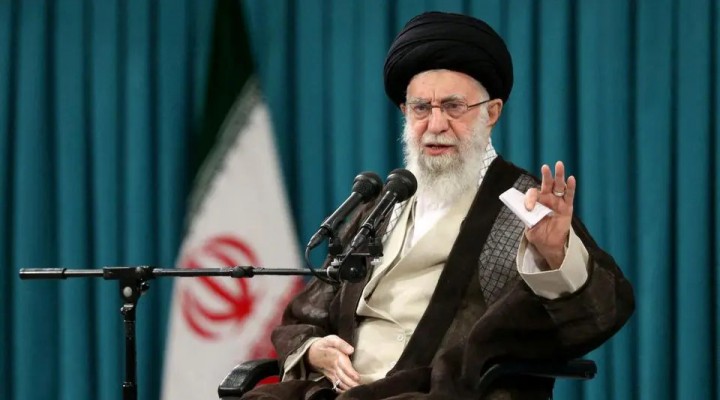 Secret messages have been exchanged between Iran and the West.

Last week, Iran exchanged messages with the European Community and the US administration on the issues of the nuclear file and President Joe Biden’s comments that he would “liberate Iran”. This refers to the plan’s failure to overthrow the “Islamic Republic” regime after fifty days of riots, where over 52 security officers were killed and over 1000 wounded. Official and government properties were destroyed in various parts of the country, including Tehran’s capital. Dozens of civilians lost their lives and were wounded in the manifestations and the riots across the country. However, as official figures were not yet delivered, the exact number is unknown, because of the large wave of misinformation delivered by the mainstream media inciting “regime change” In Iran.

Well-informed Iranian sources revealed that “Qatar and the Sultanate of Oman have resumed their mediation, exchanging messages between Iran and the US following the White House’s request to resume the nuclear negotiations after a long pause. The US was waiting for the results of the riots that are now under control, indicating that all attempts to destabilise Iran have failed.”

“Iran’s chief negotiator, Ali Bagheri Qani, sent a letter to the European Community’s External Relations Coordinator, Josep Borrell, about new ideas regarding Iranian guarantees demanded from the West. Iran received the response at the end of last week and will study the reply before any further move”, said the source.

“Also, the US National Security directorate sent a message to the Iranian leaders via an Arab country that President Biden did not mean in his remarks “to free Iran” any implied regime change. Rather, according to the US’s letter, Biden’s sentence was misinterpreted and fell into the category of slips,” the source confirmed.

Iran has imposed the equation of deterrence through the diversity, sophistication and precision of its missiles and drones. Its advanced technology led to the supply of weapons to Russia and to arming and sharing military and technology experiences with the “axis of resistance”, adapted to their environment and the need to impose deterrence on their enemies, mainly Israel. This Iranian policy upset the US, which feels challenged in its hegemony and its allies in the Middle East (Israel and Saudi Arabia).

According to the Iranian source, Tehran will not change its policy regarding supporting the “Axis of the Resistance”. Moreover, it is not excluded that Iran could reach a point of non-return if the US sanctions persist and the US is not willing to return to the JCPOA.”

Iran clearly has the right to ask for a guarantee from the US that left the deal in 2018 and has never returned to it. Whenever there were further sanctions or sabotage attacks on Iran, the reaction was to move from 20% to 60% uranium enrichment. Moreover, Iran improved its centrifuges from the first to the ninth generation. It hasdisconnected the International Atomic Energy Organisation cameras at the nuclear sites to blind the West from Iran’s nuclear activities. Given this reactivity, therefore, it is in the US’s interest not to wait for very long after the results of the US midterm elections because Tehran has no intention to wait endlessly.

Iran has known US rule by Republicans like Donald Trump for four difficult years, during which the US President imposed the harshest economic, trade, financial and medical sanctions. However, his brutal method did not succeed in subjugating Iran even when he assassinated Major General Qassem Soleimani during an official mission in Iraq. Additionally, Secretary of State Mike Pompeo said at the time that “Iran should look to the US if it wants to eat.” US sanctions have caused great pain for Iran without giving any concessions to Trump, who left office without receiving the phone call he expected from Tehran. None of the US’s attempts to break Iran’s will helped Washington and Tel Aviv reach their objectives to vanquish Iran, change the regime, or destroy, alter or slow down its nuclear and armament capabilities.

The pressure came not only from the US only but also from Israel. The Islamic Republic has faced difficult times caused by Benjamin Netanyahu during his prime ministership. Netanyahu is now returning to power after spending twelve consecutive years as prime minister, where he assassinated scientists and sabotaged several nuclear sites. However, Israel’s illegal acts resulted in the development of Iran’s nuclear program to an unprecedented level. Indeed, Iran also expanded the development of its drones after Israel struck its storage site in Kermanshah and hit back at Israel, not only in the Straits of Hormuz but also in Kurdistan, Iraq and Palestine.

Therefore, the return of the Trump-Netanyahu duo to power will not change the equation for Tehran, just as Biden did not succeed in delaying the nuclear program after two years of rule and refusing to re-endorse the deal despite his promises. Therefore, US-Israeli developments will certainly not discourage Iran’s shift towards Asia and away from the West.

All that was left for the West – after all its previous failed attempts to change the regime in Iran – was to strike at the Iranian social composition. Rioters and armed elements took advantage of the collapse and sudden death of Mahsa Amini at the police station to trigger riots in Sistan-Balochistan on the Iran-Pakistan-Afghan border. Likewise, armed confrontations were also registered in the region of Khuzestan on the border with Basra – Iraq and in western Iran on the border with Iraqi Kurdistan. John Bolton, the former US national security adviser, confirmed that the Kurds of the Kurdistan region are well armed to confront the Iranian security forces.

It is fair to conclude that the coordination of the riots was high, elaborate and harmonious. Those countries concerned about striking Iran from within have developed increasingly aggressive methods and accumulated experiences due to many past failed attempts. But the objective to oust the regime remains elusive. Realistically, future efforts to overthrow the “Islamic Republic of Iran” will not stop. Therefore, Tehran is preparing for the future by introducing reforms to protect further its diverse society.

Iran no longer relies on the West but has aimed for self-sufficiency in many sectors and adopted a “resistance economy”. Also, it is constructing a robust relationship with Russia and China. It is part of the Shanghai Organisation, which includes half of the earth’s population, namely China, Kazakhstan, Russia, Kyrgyzstan, Tajikistan, Uzbekistan, India, Pakistan, and Iran. Moreover, China backed Iran’s membership with the BRICS countries, representing forty per cent of the world’s population, because the future no longer lies exclusively with the US and Europe. As long as Iran continues to challenge the US hegemony, the US and its allies will always try to destabilise the country. However, Tehran is no longer bound by this challenge and constrained to this path. Following the US-Russia war in Ukraine, countries like Cuba, Venezuela, North Korea, Iran, Syria and many others on different continents share the hope that standing against US unilateralism, a “choice by the people”, represents a viable future orientation.

The failure to overthrow the regime in Iran forces a return to the nuclear agreement.