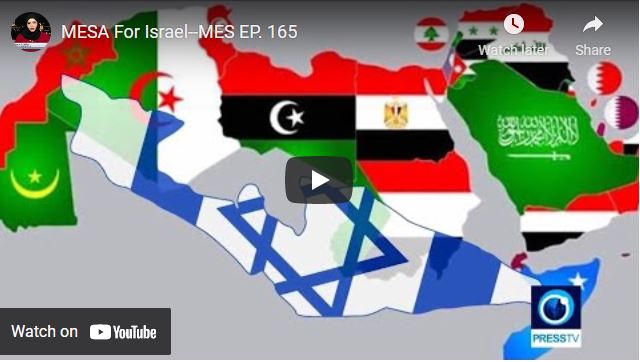 Within hours of the Jordanian monarch’s announcement of his support for the establishment of a “Middle Eastern NATO”, dozens of questions surfaced: Who are the member states expected to join it? Will Israel be one of them? Who is the target enemy of this alliance?

Recently, Washington announced the intention of US President Joe Biden to visit west Asia, and according to the statement issued by the White House, the visit is part of American pressure to build a broader security/economic alliance that includes Arab countries and Israel. A few days ago, “The Wall Street Journal” published an extensive news story related to the meeting of US military officials with their counterparts in Israel, Jordan, Egypt and several Persian Gulf countries. According to the source, the meeting was held in the Egyptian city of Sharm el-Sheikh, and dealt with exploring ways of coordinating against -wait for it- “Iran’s growing missile capabilities and its drones’ program”.

To discuss this issue with us from London is Israa El Fass, political commentator.

Perhaps it was not expected by some in the region that Hezbollah would send a small squadron of its reconnaissance drones over the disputed Karish field with Lebanon, before the Lebanese government received the final response from the Israeli enemy to its offer that it made to the American envoy, Amos Hochstein. Yet the resistance operation came along carrying a message of support for the Lebanese state, with the aim of reminding it of the deterrence power that this state has benefited from in its equal negotiating position, and a message to the Israeli enemy that Lebanon is not weak, and that it possesses all the components that make it insist on obtaining its rights and protect its sovereignty.

To discuss this issue with us from Beirut is Ali Berro, legal expert in international law.