HOME / Exclusive Subjects / It’s not a normalisation, it’s an occupation! 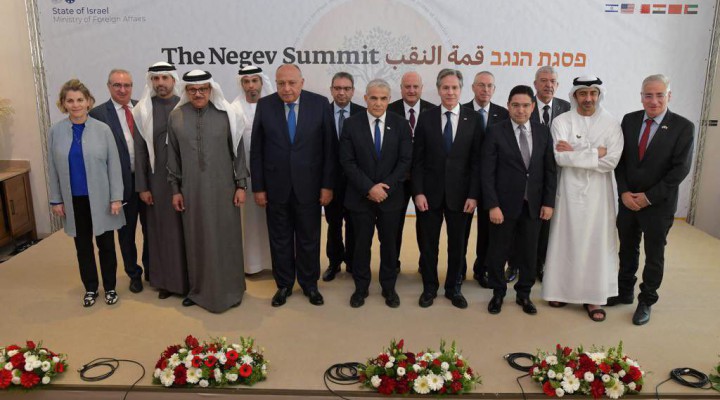 Exclusive- Twenty-eight years after receiving a Zionist delegation for the first time on its lands, Manama, which enjoys a geostrategic location, has become a welcoming host for the Zionists, which begs the question: Why Bahrain specifically?

Bahrain, which is following in the footsteps of its protégé, the UAE, has been in recent years very enthusiastic in blatantly revealing its ties with the occupation.

In February 2017, King Hamad met in the United States with a group of Zionists, and expressed his opposition to the Arab states’ stance. Undoubtedly, behind the scenes, Saudi Arabia dictates its political agenda to Bahrain, although it claims, so far, that it will not take the same step. Nonetheless, analysts assert that the recent deals would not have taken place without its endorsement.

Indeed, the normalisation of ties helps cement their unelected regimes, and crush any popular aspirations for freedom and democracy.  In 2011, during the outbreak of the popular protest movement, Saudi Arabia intervened, at the request of the Bahraini government, to suppress the peaceful movement against the rampant discrimination, corruption and marginalization.  So, joining the shameful bandwagon that Riyadh is driving from behind the scenes, protects Manama’s geopolitical interests and provides it with an ally committed to preserving the devastating status quo and stifling any political and rights breakthrough.

On Monday, 28 March 3022, top diplomats from the United States, the Zionist entity, the UAE, Morocco, Egypt and Bahrain’s Foreign Minister Abdullatif bin Rashid Al Zayani. gathered at the so-called Negev Summit, which reportedly focused on a range of regional security issues at a resort in the southern Negev region.

Bahrain’s opposition Al-Wefaq movement described the gathering of top officials as an “assault on the sovereignty of all Arab and Islamic states.”  According to Al-Wefaq, the expansion of ties between the Arab states and the Zionist occupation is setting the stage for a “bleak”  future in the region “a result of what is being planned inside the occupied Palestinian territories and in the regional states, especially in Bahrain.”

The top diplomats pledged to expand their cooperation in various energy sector and security matters. Some regional experts have echoed Al-Wefaq’s concerns, stressing that the ultimate objective of this summit and the normalisation deals, in general, is the establishment of a hostile axis against the resistance axis forces.

For his part, Bahrain’s top Shiite cleric, Ayatollah Sheikh Isa Qassem, has repeatedly slammed Manama’s expanding ties with the enemy, warning that such policies “work to destroy the Islamic nation’s interests, pride, and unity.” In a recent statement, Ayatollah Qassim asserted that the Arab nation has a choice between remaining silent on these developments or being “patient in fighting and resisting them with everything at their disposal.”

In multiple Bahraini villages, Anti-government protesters staged a show of support for Ayatollah Qassem, reiterating their rejection of Manama’s ties with the occupation.

Meanwhile, Eitan Naeh, Tel Aviv’s envoy to Manama confirmed to the occupation’s Army Radio that a military attaché to the US Navy’s Fifth Fleet will be appointed soon, without mentioning a fixed date but said that “by the summer we will have our staff full here, including the additional officials who will join the embassy.”

Last month, the Zionist War Minister Benny Gantz visited the US Fifth Fleet in Bahrain and met with the US commander Brad Cooper.

As for the Zionists, the presence in Bahrain aims at “undermining the Iranian threat” after their success in replacing the conflict from an Arab- Zionist to an Iranian-Arab conflict. The geopolitics of West Asia after Bahrain’s 2011 popular uprising, has provided a common ground for developing deeper security relations with Manama’s growing need for advanced surveillance software to monitor its opponents, knowing that the occupation entity’s experience in this regard is highly developed. This transforms Manama, and with it the Persian Gulf tribal monarchies, into consumers of the Israeli technology that the Mossad uses to liquidate a long list of Arab political, academic, religious and scientific elites.

On the other hand, over several decades, those regimes have maintained close relations with Washington based on common interests in the Persian Gulf and the free flow of oil to the global markets. However, the consecutive American failures in the region have narrowed the confidence in Washington as a reliable partner and security guarantor. Hence, it seems that the Gulf states hope to link the security of Tel Aviv to theirs, which they will surely regret, with the growing resistance movements and the insistence of peoples on liberation, self-determination and the expulsion of colonialists and their tools, with the recognition of the Zionists themselves.

The security normalisation, which was announced after a meeting between Bahraini Interior Minister Rashid bin Abdullah and his Israeli counterpart Omer Bar-Lev on January 14, according to which the Zionist Mossad will train Bahraini officers to deal with high-tech spyware, is not the first of its kind. In November last year,  Manama took part in naval maneuvers, coordinated by the occupation entity and the United States.

The difference is that this step puts Bahrain at the center of a regional conflict led by an occupation that is unable to stop the growing resistance movements, and practically turns the tiny island into a Zionist settlement that overthrows the remaining sovereign dimensions that do not serve Bahrain’s national security and peace, which the opposition leaders have repeatedly warned of, in the forefront of the arbitrarily detained-for-life Sheikh Ali Salman. The Bahraini regime seeks to encircle the opposition, whether inside or outside the country, and curb the activities of the rights and trade union workers, which thus means prolonging the life of dictatorship and repression.

Apparently, the complex of fear of the future pushes the Zionists to carry out their aggressive wars beyond the cordon from Kurdistan to southern Yemen to Manama, and their relentless pursuit through Geagea in Lebanon in an attempt to drag the country into an hostile internal skirmishes. Here, the question is renewed: Does suppressing Bahrain’s peaceful opposition justify plunging the country, which is mired in several crises, into a major war between the usurping entity and the righteous peoples of the region?

0 thoughts on “It’s not a normalisation, it’s an occupation!”