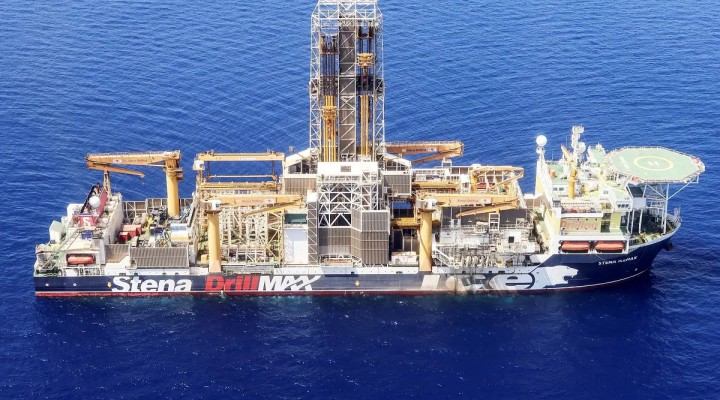 Beirut mustn’t be bullied into surrendering its offshore rights

Last Sunday, the Israeli army’s chief of staff Aviv Kochavi threatened to attack thousands of targeted locations in South Lebanon — on the grounds that they house Hezbollah missiles, drones, or military equipment — and warned local residents to evacuate their homes. These threats were issued the day before the arrival in Lebanon of US energy envoy Amos Hochstein. They were also a response to Secretary-General Hassan Nasrallah’s warning that Hezbollah will not sit idly by while Israel loots Lebanon’s offshore oil and gas, and will prevent it from extracting gas from the Karish Field.

Gen. Kochavi knows perfectly well that he cannot frighten Hezbollah. His aim was to provide political ammunition to its Lebanese opponents that have tied themselves to the Israeli/American scheme in the country. This explains the leaks that have come out of Hochstein’s meetings with various Lebanese politicians in power indicating they offered him ‘tangible’ concessions which he described as helpful to the indirect negotiations aimed at resolving the dispute.

The Lebanese authorities showed they are the weak party in the dispute by imploring the US envoy to hurriedly resume his mediation and offering him climbdowns over Lebanon’s legal maritime rights. This is certain to encourage Israel to behave even more high-handedly and, employing its ample powers of extortion, stick to its demands and make no concessions. Thirty years of Israeli-Palestinian negotiations provide a good example of this.

The Lebanese, whatever political or sectarian camp they stand in, have two options.

First: To enter into long-term Palestinian-style negotiation in which they offer one concession after another and get nothing in return except more extortion and demands for further concessions — and to become indirect servants of the Israeli occupation

Second: The option of employing force, which defeated Israel twice in the past: in 2000 when it could no longer bear the losses exacted by the resistance and unilaterally withdrew from Lebanon; and after that the Gaza Strip in 2005.

Lebanon’s three principals — the president, prime minister, and parliament speaker — prefer the negotiations option to avoid war, in hopes of enabling Lebanon to obtain part of its share of the oil and gas as a favour from the US.

This is a big mistake that reflects short-sightedness and failure to understand fast-moving political developments in the region — especially the imminent formation of an Israeli-Sunni Arab alliance to confront Iran militarily under US leadership. The hopes are therefore completely misplaced, as this alliance’s top priority is to decapitate Hezbollah.

The extraction of Lebanese, Syrian , or Palestinian (Gaza Strip) gas is being made conditional on the surrender and disarmament of the resistance, with no guarantee of obtaining anything in return. The Palestinian Authority (PA)’s bitter experience of Pax Americana/Israelica is an illustration.

The Israeli occupation state will not allow Lebanon to extract its oil and gas so long as a single Hezbollah missile remains in South Lebanon. The objective is to bring the Lebanese people to their knees and starve them into submission, as was done to the Iraqis after their forces invade Kuwait. Starvation is indeed more ruinous to a country than civil war.

Saddam Hussein believed the mediators and allowed the inspector/spies to search his palaces and destroy his biological and chemical weapons. His reward for these concessions was not just to be overthrown, arrested, and executed, but for Iraq to be occupied, its resources looted, and the country reduced to the miserable condition it is in today.

Nasrallah said in his latest speech that time is not on Lebanon’s side, and the resistance’s immediate goal is to prevent Israel from exploiting the Karish Field, and to use its estimated $600 billion worth of oil and gas to alleviate Lebanon’s economic crisis and benefit all its citizens.

Last year, Lebanon’s three principals submitted fully to the demands made by Gulf states, surrendering the country’s sovereignty and self-respect, and got zero in return. Now they are preparing to commit the same sin on the pretext of the country’s worsening crises, without acknowledging that these crises were largely created by the US and Israel. They destroyed Lebanon’s economy, pauperized its people, and subjected it to a siege, exploiting Lebanese internal divisions and the existence of a camp that is banking on the mirage of US and Israeli support and salvation.

Will Hochstein — the US envoy who was born in occupied Palestine and served for three years in the Israeli army — be merciful to the Lebanese, deal fairly with their rights, and be an honest broker?

We’ll leave the answer to those who are rolling out red carpets for him, counting on his integrity, and offering him concessions.

0 thoughts on “Two choices for Lebanon”