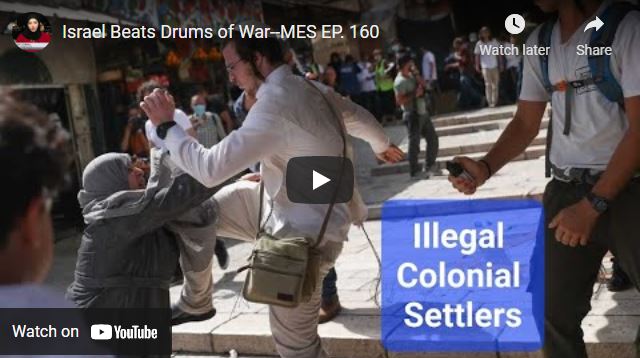 The March of Flags, which settlers celebrate in the occupied city of AlQuds, has not been of great importance for decades, but its importance has begun to appear in recent years with the increasing Zionist interest in the occupied city of AlQuds, and the desire to impose its full sovereignty over the city, including the holy area of Al Aqsa Mosque.

The new developments involve changing the route of the march which used to stop at the Al-Buraq Wall, but in recent years it has evolved into Settlers entering to Al-Aqsa Mosque with their flags provoking every native Palestinian, putting all resistance factions on high alert.

To discuss this issue with us from occupied AL Quds is Samer Khalil political commentator.

Regardless, Muqtada al-Sadr knows that it is difficult for him to impose such a law on his two partners in the tripartite alliance, Massoud Barzani, who is engaged in a process of normalization with the enemy dating back to the days of his father, Mustafa Barzani, and Muhammad al-Halbousi, who is allied with normalized countries, led by the UAE, Saudi Arabia and Turkey.

To discuss this issue with us from Baghdad is Sheikh Dr. Yousef Al Nasiri, Iraq’s General Coordinator of the Global gathering in support of the choice of resistance.