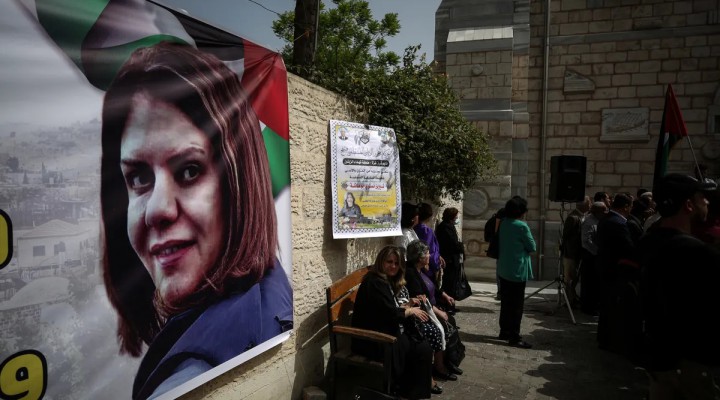 While there is still much focus on the extrajudicial killing of Palestinian-American journalist, Shireen Abu Akleh, calls for justice will remain resonant, at least presently. However, Israel has perfected its tactics of denial and impunity. The international community has not gone beyond its usual statements and Israel has already got away with the assault on Abu Akleh’s funeral at the time, despite the repugnance it evoked. US Secretary of State, Antony Blinken’s glossing over Israeli violence by reframing it as an intrusion is ample proof of what Israel expects and what it receives.

Regardless of what violation Israel commits and on what scale, there is always a corresponding value of impunity which the settler colonial enterprise establishes and the international community approves of.

Abu Akleh was a veteran journalist for Al Jazeera, hence the increased visibility and coverage of her killing by Israeli snipers. Other Palestinians killed by Israel, who lacked prominence and the privilege of working with an international news organisation, had their memory silenced before it could be eulogised.

Despite the publicity, however, justice will likely still remain elusive. It has been just over a year since Israel destroyed the Al-Jalaa building in Gaza which hosted international press agencies Al Jazeera and The Associated Press. Not only did Israel destroy the building which was also used for residential purposes – the destruction of the offices was a direct attack on the Press. “This memory is linked to our efforts, our work, our equipment and the archive that documented many memories and scenes,” Wael Al Dahdouh, Director of Al Jazeera‘s bureau in Gaza stated.

Meanwhile, Israel’s only concern was how bombing the towers punctured its public image within the international community. “The operation benefit was not worth the damage that it caused diplomatically and in terms of perception,” Major General Nitzan Alon declared last year.

Israel’s concerns regarding international perception and diplomatic damage were very short-lived. The absence of political will to hold Israel accountable for its international law and human rights violations are to blame. When Israel acts belligerently in a way that shifts media attention onto its atrocities, and diplomatic concern sprouts among Israeli officials, the international community is swift to take up the role of public relations for colonial violence.

Justice for Shireen Abu Akleh, therefore, as in the case of other Palestinian journalists, intellectuals and civilians murdered by Israel, will remain an empty slogan due to international incompetence and Israeli impunity. Two major news agencies had their premises bombed and Israel only had to bleat out its concern of diplomatic damage to stem any repercussions coming its way. A single journalist among other Palestinian journalists, more prominent due to her dual nationality and the outlet she worked for, will unlikely prompt the international community into action.

Publicity and activism are calling for justice, yet the international community remains wilfully trapped in Israel’s political requirements. In such circumstances, silence or manipulation of facts serve Israel well, while pushing Palestinians further into oblivion, despite their persistence in claiming their narratives. Undoubtedly, world leaders and diplomats are expecting the fervour over the latest extrajudicial killing to subside, as it has waited out countless other atrocities committed by Israel.