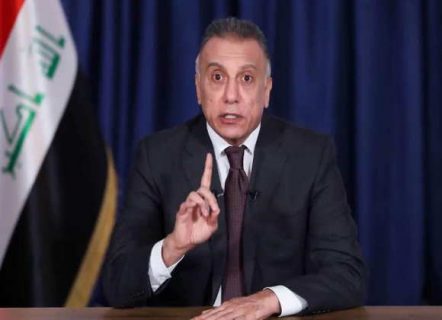 Late last week, troops from the Iraqi Counter-Terrorism Services (CTS) raided a base in Baghdad belonging to the Kataib Hezbollah group, on the grounds that rockets may have been produced there that were used to target the US embassy, and detained dozens of its members. This move was unprecedented and could herald yet another bout of turmoil and trouble in a country teetering on the brink of chaos.

Iraq’s US-friendly prime minister, Mustafa al-Kadhimi, claimed the raid was the first move in a strategy aimed at subduing and disarming militias, restoring the state’s authority and confining the possession of weapons to the Iraqi military. He has the support of a section of the Iraqi people, including leaders of the popular protest movement who decry Iranian influence and sees the US military presence as offering stability and a way out of the multiple crises grinding the country down, especially the economic crisis.

Kadhimi has promised his American friends, most recently Secretary of State Mike Pompeo, to put an end to attacks on US diplomatic premises and military bases. He will find it hard to deliver on this commitment: not only due to the profusion of weapons in Iraq, but also because the pro-Iranian Hashd ash-Shaabi’s influence is embedded in the country’s political and sectarian fabric, and its members are well-armed and highly motivated.

Kadhimi, who only became prime minister two months ago after three other candidates for the job failed to win parliamentary votes of confidence, has never been on good terms with the groups comprising the Hashd ash-Shaabi, and especially not Kataib Hezbollah. Its leaders repeatedly accused him of colluding with US forces when he was chief of intelligence. In particular, they suspect he supplied information on the movements of Gen. Qasem Soleimani and Abu-Mahdi al-Muhandes – the commander of the Iranian Revolutionary’s Guards Quds Brigade and the deputy head of the Hash leadership body– which enabled the Americans to assassinate them in a drone strike as they were leaving Baghdad airport in January.

Kadhimi is relying on the CTA rather than the regular military or security forces to achieve his declared goals. This force was trained and equipped to a high standard by US army experts for the precise purpose of initiating a confrontation with the Hash ash-Shaabi groups.

The US administration’s invitation for Kadhimi to visit Washington seems to be conditional on him succeeding in the ‘test’ of overcoming and disarming the Hashd ash-Shaabi and safeguarding US facilities and bases. This is difficult if the not impossible task to achieve. The visit looks likely to be postponed or cancelled altogether given the tensions currently prevailing in Iraq and, more importantly, in US-Iranian relations.

The US and Iran are engaged in a relentless struggle for influence in Iraq. Washington has found a strong ally in Kadhimi, and promised him financial assistance and military and political support if he succeeds in imposing security and stability and protecting its interests in the country. Iran has the Hashd ash-Shaabi groups and their firepower on its side. They gained valuable combat experience in the war against Islamic State (Daesh) and have developed into a potent military force. They are also part of an ascendant region-wide ‘axis of resistance’ comprising similar groups including Hezbollah in Lebanon, the Ansarallah (Houthis) in Yemen and Hamas, and Islamic Jihad in the Gaza Strip.

The current US administration has made Kadhimi’s job harder by insisting on retaining, and even reinforcing, its forces and military bases in Iraq on the pretext of combating terrorism, despite the Iraqi parliament voting for their immediate removal. This has provided the Hashd Ash-Shaabi groups with invaluable political ammunition.
The US bears the main responsibility for the chaos that is looming in Iraq and turning the country into a failed state – as was done to Libya, Yemen, and to a lesser extent Syria. America and Israel cannot tolerate allowing Iraq to recover and regain the leading role it held in the Middle East. That may be the main underlying reason why Washington is so adamant about retaining its 12 military bases in the country. Or maybe it harbours hopes of recouping the trillions of dollars it spent on its Iraq wars by taking over the country’s oil and its proceeds by various means. These wars, it should never be forgotten, resulted in the deaths of some two million Iraqis, either due to the US’ 13-year-long blockade of the country or during and after the invasion and occupation that followed.

The US is the principal cause of Iraq’s calamities. Ending Iranian influence in the country should be preceded by ending US influence, not the other way round.

French President Emmanuel Macron recently warned against the ‘Syrianisation’ of Libya. In Iraq, a different term is more apt. It faces the even worse prospect of ‘Yemenisation’.

0 thoughts on “Iraq on the brink again”