HOME / WORLD / USA to Iraq: We will withdraw but without being humiliated 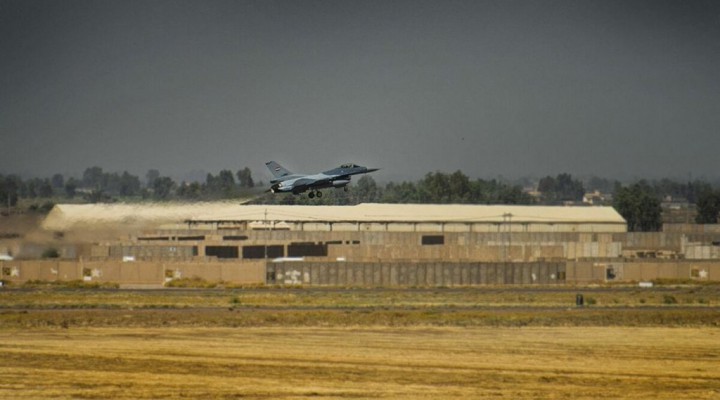 Iraqi Prime Minister Mustafa Al-Kazemi is preparing to meet US President Donald Trump at the White House, about issues that are burdening Iraq. The country is struggling with a stifling economic crisis, the Coronavirus pandemic, the US military presence that is no longer desirable, the “unmanageable balance” between Iran and the US, and the omnipresent Turkish military activity and Turkey’s presence on Iraqi soil.

The Al-Kazemi team includes economic experts and diplomats who want to resume the second round of strategic talks that began between the two countries last June. This exchange has been imposed on both sides following the binding decision of the Iraqi parliament to order US forces to withdraw from Iraq, following the assassination of Major General Qassem Soleimani, leader of the “Axis of the Resistance” and commander of the Iranian Revolutionary Guard- alongside the Iraqi commander Abu Mahdi Al-Muhandis- together with their companions, in January 2020.

Several groups of unknown affiliation have attacked US bases with Katyusha rockets and mortar shells, deliberately not inflicting fatal injuries. Moreover, Iraqi convoys transporting equipment belonging to the US forces have been intercepted and the contents set on fire- a warning to Iraqi drivers to refrain from providing any services to the US forces, otherwise they too will bear the consequences.

These “so-far unknown” groups shared a common goal: warn US forces that their presence in Iraq will no longer be tolerated unless they withdraw as requested by Parliament. It is to be expected that these groups will escalate, intensifying their attacks so as to put more pressure on both Al-Kazemi’s government and on Washington. Violent confrontation is no longer distant.

Iran has repeatedly indicated its support for Iraq as well as its support for the Iraqis who want to get the US out of Iraq. When Al-Kazemi visited Tehran last month and met with Iranian officials, Sayyed Ali Khamenei, the Leader of the Islamic Revolution, told him: “The US has killed your guest.” Sayyed Khamenei wanted to arouse Arab tribal feelings that sanctify and protect the guest, to remind Iraqi officials that they have done nothing yet to avenge a guest’s murder, and to underscore that if the Iraqis revolt against the killers, this is indeed their right.

Thus, the Iraqi Prime Minister – who is trying to find common ground between the US and Iran – is not mediating with the goal of a meeting between the two countries’ officials, because Iran refuses to engage with the killers of Major General Soleimani, the current US administration. Al-Kazemi would rather try to avoid a military clash in Mesopotamia. However, the chances of him succeeding in his endeavour between Tehran and Washington are weak so long as the Trump administration is in power. The big challenge that Al-Kazemi faces is the illegal Turkish presence in Iraq. For many years,

0 thoughts on “USA to Iraq: We will withdraw but without being humiliated”