HOME / WORLD / How will US disengagement shape the Middle East? 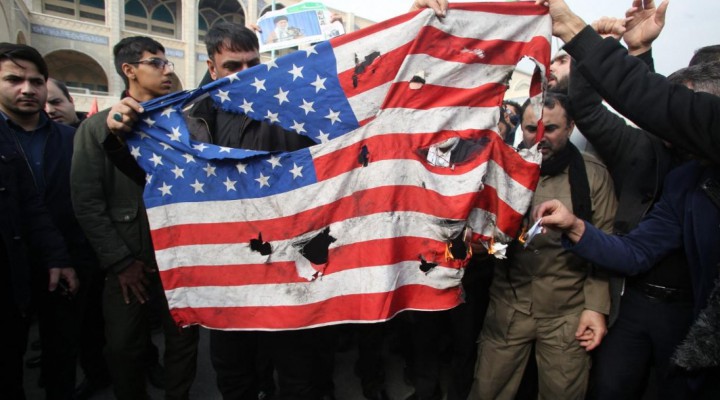 The Middle East has always proudly claimed its own culture and, above all, a certain resistance to so-called western modernity. But over the past two decades, reading its tea leaves has become increasingly difficult.

The past two decades have been cataclysmic, and those to come could be even more worrisome. A power vacuum is looming, especially amid multiple signals of a US political and military disengagement from the region. With the notable exception of Israel, it is not certain that Washington’s other local partners will be able to adjust to the new strategic environment.

In the summer of 2000, the Clinton administration believed for a moment that the circle of the historical Israeli-Palestinian conflict could be squared – only to discover, just months later, that this was not on the cards.

At the time, the Americans and Israelis concluded that, no matter how effective their marketing strategies, a bantustan could not be sold to the Palestinians as the state they had claimed and sought for decades to fulfil their unquestionable right to self-determination. Since then, the so-called US-led peace process has become essentially an international PR strategy for managing the conflict. It has given breath and time to a creeping Israeli annexation of the sliver of historical Palestine not yet under Israel’s control.

The Trump administration – more honestly, or less hypocritically, if you prefer – tried to solve the issue by siding openly with Israel, aiming to impose a “bantustan solution” under a different name: the Abraham Accords. To succeed, the formula required the formal adhesion of certain Arab countries, primarily Saudi Arabia and the United Arab Emirates. Yet, while some Arab states quickly established diplomatic relations with Israel, the absence of Riyadh has left an aura of uncertainty around the ambitious project.

The latest conflict in the streets of Jerusalem, inside Palestinian communities of Israel, and in the Gaza Strip, has likely buried the viability of such a “solution”. Most certainly, it has shown that the Palestinian question is still alive and kicking.

Israel is now in the paradoxical situation of being the strongest regional military and technological power, while facing a highly polarised political framework and a somewhat crumbling internal front. In order to finally remove former Prime Minister Benjamin Netanyahu from power, Israeli politicians cobbled together the most heterogeneous coalition in the country’s history. The most extremist prime minister ever, Naftali Bennett, had to rely on the support an Arab party with Islamist roots in order to narrowly win power.

After 9/11, the main western political driver for the region changed. The US-led “war on terrorism” aimed to impose, once and for all, a Pax Americana in the region, focusing on Lebanon, Syria, Iraq, Iran, and Yemen.

Two decades later, this strategy is crumbling. The US is withdrawing from Afghanistan without accomplishing anything significant, and after spending trillions in Iraq, the US has been asked by Baghdad’s parliament to leave. A tiny enclave in eastern Syria remains under US control, but all the “useful” parts of the country are again under the control of President Bashar al-Assad.

US disengagement from the region, whether real or perceived, is spreading anxiety, with the sense of an incoming power vacuum that needs to be filled. So far, the only entity sufficiently organised and determined to do so appears to be the “axis of resistance”: Iran and its regional allies, including Syria, Lebanon’s Hezbollah, Yemen’s Houthis and Shia militias in Iraq.

Since its 1979 revolution, Iran has been the main opponent of western modernity and, particularly, a Pax Americana in the region. Tehran’s nuclear ambitions and regional activities have been a constant source of concern for Washington and its regional allies, both Arab and Israeli.

A temporary and partial truce, the 2015 nuclear deal, was quickly removed from the strategic equation in 2018. A heavy sanctions campaign, the Trump administration’s “maximum pressure” strategy, did not achieve its claimed objectives: Iran has changed neither its regime nor its behaviour.

As another US administration now attempts to rejoin the nuclear deal, hoping to improve some of its clauses, Iran – with the recent election of Ebrahim Raisi as the country’s next president – is firmly under the control of conservatives, while also seeking a deal with the US and regional rivals. While Major-General Qassem Soleimani might have been eliminated, his regional master plan was not.

There are also other spoilers keen to take their slice of the cake. Turkey seems to be rediscovering its Ottoman past, and combined with its links to the Muslim Brotherhood, it is still viewed as an existential threat to many Arab ruling families.

Russia’s policy has been smarter and more effective, relying on diplomacy reinforced by military power – contrary to Washington’s approach, which used diplomacy only to justify the use of military force. Moscow has held its ground in Syria, obtained important leverage in Libya, and maintained good relations with all regional actors. Two decades ago, Russia was barely relevant in the area; now it is a player. It holds poor cards, but can use them far more effectively than others.

China, as usual, is approaching the region pragmatically, not ideologically. It aspires to leverage the power vacuum to smoothly build up the southern leg of its ambitious Belt and Road Initiative, aiming to create the world’s biggest economic and trading bloc outside of US political and financial control.

On a regional scale, the so-called Arab Spring, an overdue and legitimate rallying cry by ordinary people exhausted by a systemic lack of governance, basic services and political rights, turned quickly into an Islamic awakening. It fuelled bloody civil wars in Syria, Libya and Yemen, while achieving only a single, partially accomplished political transition in Tunisia. The rest was an autocratic counter-spring, resembling the concert of powers mustered at the Congress of Vienna after the French Revolution and Napoleonic Wars.

While the US seems engaged in naively challenging both China and Russia, Europe, as usual, is torn by the dilemma over how to position itself. The Middle East may descend further into chaos, with Covid-19, migration and environmental pressures presenting just a few of the challenges that lie ahead.

One self-proclaimed enabler of the vaguely defined “rules-based world order”, the G7, has again failed to display the necessary leadership, which requires not only power, but also intellectual honesty and self-criticism. Its latest communique outlines no inspirational vision for the Middle East, failing to address the bombs that have already exploded (in Israel-Palestine) or the ones still ticking (the forthcoming collapse of Lebanon).

The Middle East during the past two decades of American unilateralism has been a mess. Could it be even worse without it? That’s doubtful, but it would be best to fasten your seatbelts anyway.

Change in the Middle East?

0 thoughts on “How will US disengagement shape the Middle East?”