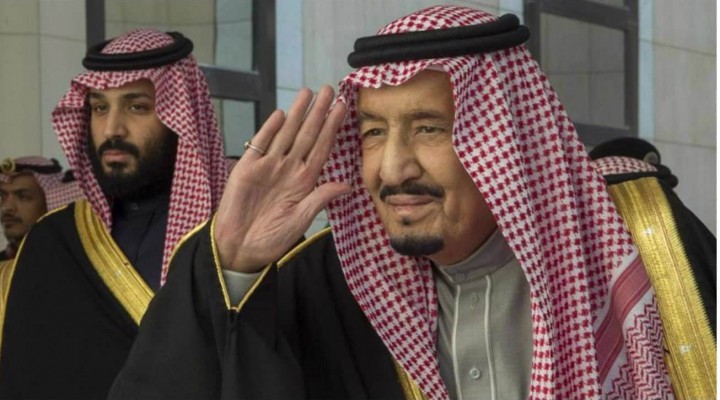 Saudi Arabia is a kingdom notorious for excessive use of capital punishment, where any protest against the Saudi government might cost the protesters their lives – no matter how old, or young, they might be.

Press TV: Reports released by some whistleblowers indicate that a number of young Saudis are on death row for participating in anti-government protests in the Eastern Province.

Since 2011, the Province has been the scene of peaceful demonstrations by Shia Muslims against social and political as well as economic and religious discrimination.

Saudi Arabia; a kingdom notorious for excessive use of capital punishment. Any protest against the Saudi government might cost the protestors their lives no matter how old they might be.

According to Saudi Leaks, the Saudi authorities are planning to execute dozens of teenagers from the Shia-populated Qatif region in the Eastern Province for their participation in peaceful protests against the regime.

More than 40 teenagers now face the death penalty only because they took part in pro-democracy rallies in 2011 or later.

I guess the Saudis, that’s their career, that’s their behavior for behaving in a very strange and barbaric manner against these people in Eastern and in southern part in Saudi Arabia, especially the opposition, people who try or who dare to challenge the Saudi, the Saudi despotic regime.

The report came less than a week after the Saudi authorities executed the young Shia Muslim Mustafa Al-Darwish, 26.

Human rights activists warn that Saudi officials are planning to execute over 40 teenagers over their participation in anti-regime protests in the Shia-majority Qatif region.

Al-Darwish was arrested in May 2015 on protest-related charges when he was 17 years old. He was executed on June 15 in Dammam, according to a statement issued by the Saudi Ministry of Interior.

These Saudi’s, they treat the people in Saudi Arabia in a drastic manner, and they, they think that they are slaves for them.

They use them, and they prevent them from the simplest rights in that place.

According to Reprieve, al-Darwish was placed in solitary confinement and “beaten so badly that he lost consciousness several times. To make the torture stop, he confessed to the charges against him.”

In fact, al-Darwish is the latest victim of Riyadh’s deeply flawed justice system which regularly sees people sentenced to death after unfair trials.

The British trade minister meets with the GCC head in Saudi Arabia on the same day the kingdom executes a Shia youth despite worldwide appeals for a reprieve.

He was a member of the marginalized Shia Muslim majority in the region of Qatif, an oil-rich region with deprived inhabitants.

The Shia’s in Saudi Arabia, in the Arabian Peninsula, whether in Bahrain or in the Arabian Peninsula, they have been treated badly, in a very harsh manner. Also, but also other people of the Muslims, and also Christians, any human wants to be in a position, side, against this medieval regime, this backward regime, I guess they had, they have a certain kind of treatment, like harsh, like trying to belittle or trying to do even kill.

Saudi Arabia is known as a world leader in capital punishment and has conducted several mass executions.

In 2019, the kingdom executed 37 men, most of them Shia, convicted in unfair trials.

Stéphane Dujarric, Spokesperson for the Secretary-General to the United Nations, delivered the following message of condemnation in response:

“The High Commissioner for Human Rights Michel Bachelet strongly condemned the beheading of 37 men, in spite of repeated appeals by the UN human rights system about the lack of due process and fair trail guarantees, allegations that confessions were obtained through torture, and the age of some of those executed. According to available information, at least three of those executed were minors at the time they were sentenced, and the UN human rights office now says that most of the 37 belonged to Shia Muslim minority, some had also been involved in protests.”

Faced with international pressure, Saudi  King Salman decreed last year that crimes committed by minors — that is, anyone under 18 — would no longer be punishable by death.

In March 2021, the death sentences of some of the high-profile men, such as Ali al-Nimr, Dawood al-Marhoun and Abdullah al-Zaher, were changed accordingly. They were between the ages of 15 and 17 when they were first arrested.

… when you give the freedom to the people, not imprison them for just, they are so and so politically, or culturally even, or religiously. I guess this is backwardness and I don’t think this kind of mentality. It would be very, not only difficult, it would be impossible to say that they would bring reform. Reformation, first of all, means to change your (own) mentality, and we don’t see that.

Yet, capital punishment remains a distinct possibility for men like Abdullah al-Huwaiti for crimes they allegedly committed as children. More than 26,000 people have signed a Reprieve petition to prevent his execution.

This kind of regime, with no legislative body, no constitution, no election, and no, no nothing of what to call in this in this modern world, about, about the freedom and liberty, and I guess it’s about, now for the international community to bring this regime to justice, instead of this regime to bring all these people and execute them, especially the teenagers who really need to go to the schools, to the universities, and to be encouraged in life. On the contrary, they put them down in order to belittle them, and to do all the bad things to them.

“Where is the justice?” al-Huwaiti’s mother tweeted in Arabic on June 16. “We call on the relevant authorities to intervene and save the innocent … and hold the corrupt who are hiding accountable.”

The trials were seen by many as having flouted almost all fair trial guarantees and should never have resulted in him being sentenced to death for a crime which he is alleged to have committed when fourteen.

A fair regime, I guess, belongs to history, doesn’t belong to any kind of humanitarian trend or to modern trend, and whatever they say about this regime, this regime will be historically treated in a very bad manner. This is not a regime, if we say regime (it) is a big, big word for this. This is a kind of tribal behavior against every human that would be against the tribe.

Since 2018, Saudi Arabia has had a law on the books preventing the death penalty for crimes committed by juveniles but, in practice, it is open to interpretation and can be circumvented.

By executing minors, Riyadh wants to make it clear that it would not forgive those who take to the streets calling for reforms.

By a cruel irony, the Saudi Crown Prince and de facto leader Mohammad bin Salman has been seeking to present himself as the champion of reforms in the kingdom. Executing Shia minors -above all else – reveals the hypocrisy of the Saudi ruling system which tries to be known for things it does not really believe in.

Iran and the GCC: Prospects for a Grand Reconciliation