HOME / WORLD / Iran-Saudi Arabia rapprochement: what about the US position? 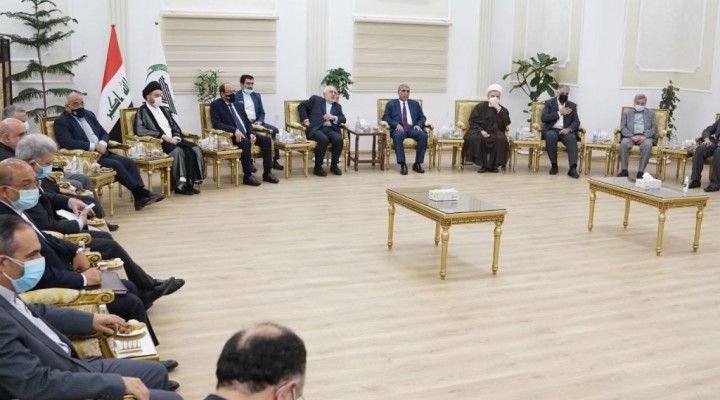 Following the first Iranian-Saudi meeting in Baghdad on the 9th of April, a second meeting has been rescheduled in the Iraqi capital by the end of this current week. During the first meeting and after both sides met each other and exchanged first impressions, testing degrees of willingness to build a long-suspended bridge between the countries, both delegations are now ready to draw a roadmap to pursue their respective priorities.

Iran has been negotiating with the west since President Jimmy Carter imposed the first sanctions on the “Islamic Republic” in 1979. Therefore, it is standard practice for Iran to negotiate any issue with Saudi Arabia no matter how complicated it might be. However, Iranian officials believe it is crucial to build trust and test the degree of commitment on both sides before tackling sensitive issues. The Iranian delegation is expected, at a certain point, to raise the level of responsibility and ask for assurances from Saudi interlocutors that they enjoy the confidence of the decision-maker back in Riyadh, Crown Prince Mohamad Bin Salman, so they can show the necessary flexibility in decision-making during negotiations. So how will these meetings affect stability in the Middle East?

The “Islamic State” (ISIS) established its “state” for many years, mainly in the Sunni cities in northern and western Iraqi provinces. Following the war on ISIS between 2016 and 2018, the group was dislodged by military force from the third of Iraq it had been occupying through fierce and destructive battles. Iraqi cities were liberated at the cost of their destruction because ISIS fought back and did not surrender. The defeat of ISIS left behind a colossal need to reconstruct infrastructure–homes, schools and hospitals–that Baghdad’s government cannot provide. Iraq is incapable of injecting the necessary $88 billion in the aftermath of the war on ISIS for many financial reasons, including corruption and an inflated number of government employees.

Even though Iraq is an oil-rich country, the central government is in serious financial difficulties. Moreover, the US forbade Iraq to proceed with an Iraqi-Chinese multi-billion deal to rebuild and modernise the communication system, electricity, transport, hospitals, and schools, leaving China out of the equation to invest in Iraq. Iraq’s only other options to attract funding are from the US, its oil-rich countries’ allies, and the International Monetary Fund. Neither Iraqi nor Saudi officials would have agreed to initiate a dialogue with Iran had the US contested the rapprochement. Former President Donald Trump asked Abdel Mahdi to act as a mediator between the US and Iran and was informed about the Iran-Saudi exchange of letters in 2019. However, in January 2020, the US administration assassinated Brigadier General Qassem Soleimani just when Abdel Mahdi had been expecting the Iranian officer in Baghdad to deliver Saudi and US messages.

In reaction, former Prime Minister Abdel Mahdi requested that the US withdraw and obtained Parliament approval for this step. Henceforth he was no longer the suitable candidate to create a bridge between Iran and Saudi Arabia. The Donald Trump administration was also angry with Abdel Mahdi’s multi-billion dollar deal signed with China. Protestors took to the streets for months until he was replaced by Mustafa al-Kadhimi, a friend of Washington and a personal friend to Crown Prince Mohamad Bin Salman. The latter implemented none of the protestors’ requests and is incapable of changing the dire financial situation in the country.

The decision for the Iranians and Saudis to meet in Iraq was not a coincidence. Since former Prime Minister Haidar Abadi, Iraqi leaders including Adel Abdel Mahdi and current PM Mustafa al-Kadhimi have been trying to build a bridge between Iran and Saudi Arabia.

The tensions between Saudi Arabia and Iran prevailing for the last two decades have seriously affected neighbouring countries. Therefore, it is to the advantage of the Middle East for the two leading players to find common ground or organise their differences. The sectarian tsunami wars in Iraq and Syria that hit the region led only to destruction without changing the Middle East map. The two countries together represent the majority of Shia and Sunni and have the key to stability for the region if left to sort out their differences without foreign intervention.

It is, therefore, in the interest of Iraqi officials to avoid seeing their country becoming a battlefield for Iran and Saudi Arabia or Iran and the US and to benefit from good relationships with all countries involved. Notwithstanding the distance and the possible lack of strategy President Joe Biden seems to adopt towards this part of the world, it remains unclear if it is in the US’s interest or not to see such an Iranian-Saudi entente.

Many Iraqis have accused Saudi Arabia of funding al-Qaeda in Iraq (which became ISIS later) since the US occupation of Iraq in 2003. The removal of a Sunni leader (Saddam Hussein) to be replaced by the majority Shia gave a real blow to the Sunni dominance in Iraq, weakening Saudi Arabia’s position in Iraq. The US occupation of Iraq removed a fierce enemy of Iran (Saddam Hussein) and allowed Tehran to enjoy some influence in Iraq. Therefore, an active return of Saudi Arabia to the reconstruction of Iraq was rejected by many Iraqis. Many officials believe Saudi Arabia may reconstruct the Sunni cities, previously under ISIS control, but create fertile ground for the Takfiri ideology to grow again. The Iranian-Saudi meeting in Iraq helps the government in Baghdad to argue against those same sceptical and powerful politicians and ease the involvement of the Saudi investors into the reconstruction of Mesopotamia.

Moreover, Iran has connections to several militia groups in Iraq faithful to its ideology who meet with Tehran concerning their shared objectives to expel US forces from the country. Rightly or wrongly, the central government in Baghdad believes an easing of the Iranian-Saudi relationship, with US blessing, could lessen tensions between Iran and the US and hold back the local Iraqi militia from challenging state control.

Iran has expanded its regional influence, gathering more allies in the Middle East following the multiple wars triggered by the US in Afghanistan, Iraq, Syria and Lebanon. Iran earned a strong foothold in Gaza when the US showed how indifferent it was towards Palestinian rights and became an unreliable peace partner. Iran offered its unlimited support to the Palestinians, while Gulf countries, including Saudi Arabia, abandoned the Palestinians’ rights over and inside their territory and chose instead the US-Israeli camp.

Nevertheless, Saudi Arabia is still a strong player in the Middle East. The power of money and the Wahhabi ideology can still play important roles in fomenting another sectarian war in the Middle East. Moreover, Saudi Arabia is an oil-rich country and has the financial power to finance and support countries in financial distress like Lebanon, Syria and Iraq. Iran is not able to fund these countries where its “Axis of the Resistance” is implanted. Tehran can only support its allies to resist but can never replace states or finance governments to come out of their financial crises.

What about the interest of the US? It all depends on how the Biden administration perceives the Middle East and its stability. A stable Middle East means opening Middle Eastern countries to the world market, meaning the US would lose the exclusivity and monopoly over these countries, particularly Iraq and other Gulf countries. It also means that dozens of US military bases in west Asia would become irrelevant. Thus far, the US is not showing any intention to leave Syria or Iraq. The American narrative consists of avoiding abandoning a country to the Russians and the Iranians. This theory does not consider two factors: First, how much will a US continuous presence disturb the Syrian and Iraqi relationship with Iran and Russia? Second, how long can the US keep their forces in a hostile environment where a part of the population rejects their presence and will fight back until the US forces leave?

The departure from Afghanistan is taking place after 20 years of war, during which all US Presidents who succeeded George W. Bush failed to achieve their objectives. The final solution was to sit, negotiate and recognise the Taliban as a powerful Afghani group with control over a third of the 407 districts and many more still contested. When Bush ordered the occupation of Afghanistan, Mullah Omar said: “God promised us victory, and Bush promised to defeat us. We’ll see who is more truthful.”

After spending $900 billion in Afghanistan, the US is departing. In Iraq, the US spent a bit less than $3 trillion. How much money does the US need to spend in Iraq and Syria before leaving the Levant and Mesopotamia? If Biden has reached or will reach during his four years in power the conclusion that these parts of the Middle East are no longer on his priority list, then the rapprochement between Iran and Saudi Arabia makes more sense than ever. After all, the US showed how with sanctions and without the need for troops on the ground, it could cripple the economy of any country without necessarily subduing it.

The beginning of the Iran-Saudi talks is significant. It is far from a honeymoon. Building bridges of trust is challenging, and the ensuing long journey will contain complications and mistrust. However, as sources present at the first meeting said: a journey of a thousand miles begins with the first step.

0 thoughts on “Iran-Saudi Arabia rapprochement: what about the US position?”