HOME / WORLD / After the Khashoggi report 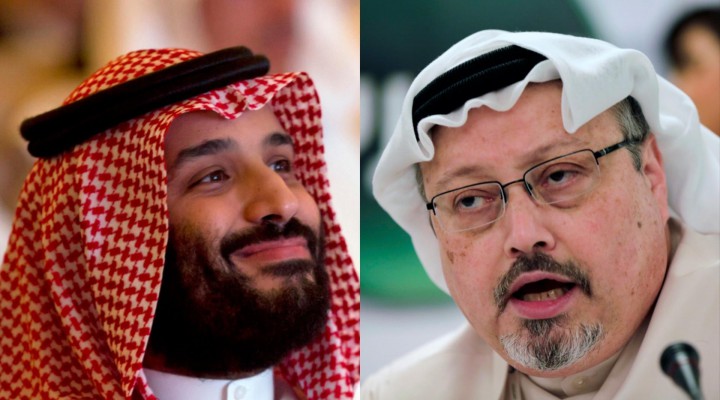 Is the Biden administration really turning its back on MBS, or just whipping him into line?

The most noteworthy thing about the release of the US intelligence report into the killing of Saudi journalist Jamal Khashoggi is that it was not accompanied by any sanctions against Crown Prince Muhammad Bin-Salman.

The publication of the report’s redacted summary was supposed to demonstrate the Biden administration’s commitment to upholding human rights and punishing violators and also to recalibrating the US’ relationship with the Saudi leadership. It was based on a huge quantity of documentary evidence and audio and video recordings about the hit-squad that was sent to murder and dismember Khashoggi in the Saudi consulate in Istanbul, and concluded that the killing was approved or ordered Bin-Salman. But the list of 76 Saudis subjected to US asset freezes and travel bans for their involvement in the crime did not include the crown prince.

It was only to be expected for the Saudi foreign ministry to issue a strongly worded statement condemning the report and its “inaccurate information and conclusions” and pointing out that it did not contain any documents or evidence. That is true. But there can be no doubting the veracity of the information and recordings on which the assessment was based. Such details are usually only revealed in legal proceedings and not in a four-page executive summary.

During his election campaign, Biden vowed to hold Saudi leaders to account for the Khashoggi killing and the horrors of the Yemen war, largely because he needed the votes of liberals and leftists to secure election. Many human rights groups are now calling for Bin-Salman to be sanctioned under the Magnitsky Act or indicted for trial in the US. So will Biden turn his back on this constituency or live up to his promises?

There can be no doubt that ‘MBS’ has become a major burden on the Democratic administration in Washington. It has two main choices: either to get rid of him by putting pressure on the king to replace him; or to contain him and get billions of dollars out of him as Trump did. It seems that opinion is divided within the administration on which course to take. Some see the former as more decisive, less costly and preferable in terms of saving face. Others favour the latter option out of pragmatic considerations of US financial and security interests given Saudi Arabia’s economic and political clout, the decades-old strategic relationship between the two sides, and the ongoing crisis with Iran.

The total silence maintained by King Salman over the Khashoggi affair raises further questions. Does he even know the details or is he being deliberately kept in the dark? Or is he saying nothing because he plans to take measures to address the declared American desire for a changed relationship based on different foundations including transparency and respect for human rights?

Saudi journalists and semi-official spokespeople have taken to warning that if the US sanctions MBS, he could turn his back on Washington and embrace Moscow or Beijing, or both. Much was made of a visit by the Chinese ambassador to the planned mega-city of Neom where he lavished praise of the project and its mastermind MBS. But do these pundits understand what could result from such a turnaround? Could Saudi rulers actually pull one off and put up with the consequences?

Two examples may be pertinent here: (1) Panamanian Dictator Manuel Noriega was a reliable US puppet, but once he crossed his patrons, they invaded his country and dragged him off to an American jail. (2) When Ukraine sought to abandon its alliance with Russia and side with its hostile Western detractors, it was made to pay an exorbitant price: losing the Crimean Peninsula and control of much of its eastern territory.

The Yemen war and brutal Khashoggi murder have cost Saudi Arabia much of its standing and reputation in the Arab and Islamic worlds – in addition to the financial costs amounting to hundreds of billions of dollars extorted by Trump and his administration. The money, which Saudi leaders thought could buy them anything, is running out. Foreign and domestic debts are mounting and strategic financial reserves are being rapidly depleted. In other words, behind the flashy facades, Saudi Arabia is not what it used to be.

We have never had any illusions about the policy or behaviour of the US, whether under Democrat or Republican administrations, in the Middle East. It is responsible for much of the current mayhem in the region, through its bloody and destructive wars on Iraq, Libya and Syria and its unconditional support for the cruel Israeli colonisation of Palestine. It can easily abandon and trash its allies once it has milked their resources and they have served its purposes.

The problem is that those allies only listen to their own voices. They tie themselves and their countries inextricably to the US and its destructive schemes, and do not learn from their mistakes.

0 thoughts on “After the Khashoggi report”