HOME / WORLD / Saudi Arabia Is Just An Honest America: Notes From The Edge Of The Narrative Matrix 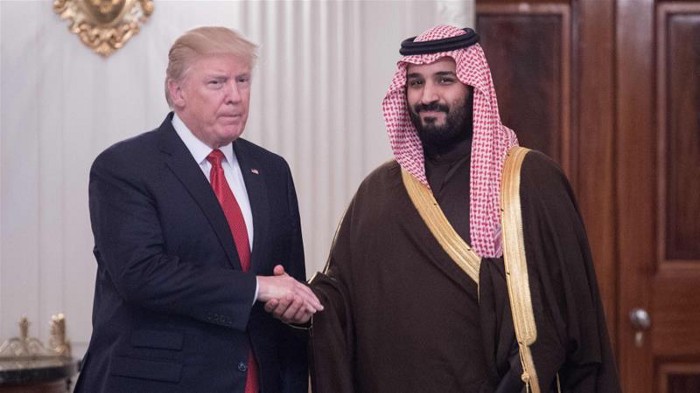 Saudi Arabia is just an honest version of America. The tyranny is right out in the open, state censorship is straightforward instead of being outsourced to Silicon Valley, the oligarchs and the official government are the same people, they don’t pretend their wars are humanitarian, and they just directly murder journalists they dislike instead of a using fake judicial system to do it.

Look at Yemen with fresh eyes and it will haunt your dreams and fill you with mountain-moving rage.

That’s why people should.

Hillary lost because she was a shit candidate and her supporters didn’t phone bank enough. If Biden loses it will be for the exact same reasons. Stop trying to blame a small, powerless slice of the political spectrum which has nothing in common with you and your shit candidates.

You know how liberals have spent four years screaming at you for not voting for Hillary, and how it doesn’t bother you in the slightest and you relish the taste of their tears? FYI that’s all they can do if you refuse to vote for Biden too.

People only ever think you’re wrong to reject mainstream politics and media because they have no idea how fucked things really are.

It’s not the most famous mainstream media lies that do the most damage. It’s the little ones they tell many time every day via spin, omission, half-truth and distortion which cause everyone to accept the idea that this bat shit crazy status quo is normal and inescapable.

The powerful use ideologies as tools to manipulate mainstream narratives to their advantage. Religious fundamentalism, Zionism, racism, anti-racism, liberalism, conservatism; they’ll use anything they can. Pay less attention to the tools and more to what they’re being used for.

Racists and QAnoners will follow you around and keep talking to you like they’re your friend even while you verbally abuse them. Leftists will write you off forever the instant you say something they don’t like. This dynamic helps someone, and it ain’t the left.

I really wish I lived in this alternate universe people keep talking about where the worst thing about America is Donald Trump.

Establishment guard dogs dislike Trump not because he’s ending the wars (he isn’t), nor because he opposes establishment interests (he doesn’t), but because he’s a poor narrative manager and all too often leaves the ugly face of empire fully exposed. They dislike him for the same reason mobsters would dislike a mob boss who’s constantly yelling in public about how they’re all gonna go out and do a bunch of nasty mobster stuff.

I don’t criticize governments outside the US-centralized empire for the same reason the world’s fattest man doesn’t go around telling other people to lose weight. If you’re part of a globe-spanning power alliance that is far worse than anyone else, it’s gross to point fingers.

If you knew a violent, sadistic kleptomaniac and compulsive liar, you’d probably find yourself siding against that person on most points of contention. If you really understand what the US empire is and what it does, you’ll feel the same way.

A powerful institution made up a bunch of silly, arbitrary rules and sent out a bunch of deeply unconscious human beings to enforce those rules, so naturally it became very abusive. This is the story of the Catholic Church. It’s also the story of the criminal justice system.

I don’t know how to live. Haven’t the foggiest notion how to go about it. Yet life happens anyway. This life lives itself anyway. There’s a lesson in there.

You can always just quit. Give up trying to manage your life, your mind, your emotional state. You might just find that the cells you are made of are a lot more capable and magical than you’d realized, and the managing was only ever getting in their way.

One eye sees that this thing is so very, very, very much bigger than politics and the struggles of tiny primates on a spinning blue marble.

The other eye sees that of course these struggles matter, from the perspective that they matter.

0 thoughts on “Saudi Arabia Is Just An Honest America: Notes From The Edge Of The Narrative Matrix”