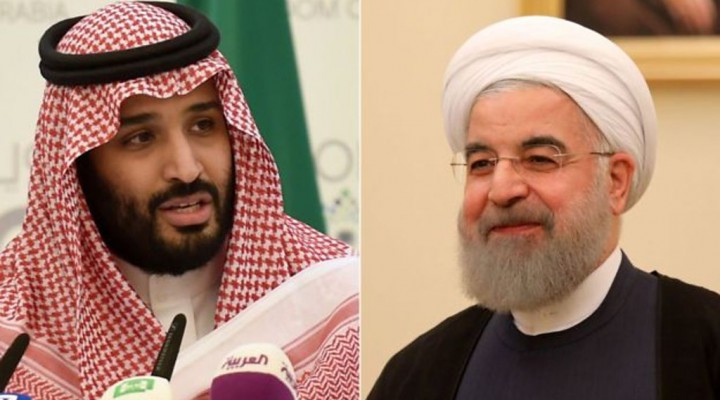 It’s good the two sides are discussing their disputes, so why does Riyadh deny it?

In the 1970s, the doyen of Saudi journalists and editor of the semi-official daily al-Riyadh, Turki as-Sudairi, wrote an article criticising the Saudi state media and the restrictions placed on journalists trying to cover domestic, Arab and foreign affairs. He coined the term ‘Denial Agency’ to describe the official Saudi Press Agency (SPA), because most of the news it published, apart from the comings and goings of the king and princes and their foreign guests, consisted of statements denying various reports about the kingdom in the Arab and foreign press. Sudairi could stand it no more. He wrote his article and lost his job. Wrath descended on him, but fortunately, it did not last long and he was reinstated a year later. And his ‘Denial Agency’ epithet stuck.

I remembered my late friend Sudairi when hearing Saudi officials deny confirmed reports that Saudi and Iranian delegations, led by Saudi intelligence chief Khaled al-Humaidan and National Security Council secretary-general Ali Shamkhani, had held talks in the Iraqi capital Baghdad. A range of reputable news outlets and Western governments confirmed the meeting, which resulted in the formation of technical and security committees to discuss contentious issues, notably the Yemen war and the situation in Lebanon.

Saudi Arabia’s adamant denial that any meeting took place resembled its denial a few months ago of the meeting in the resort of Neom between Crown Prince Muhammad Bin-Salman, Israel’s Benjamin Netanyahu and US secretary of state Mike Pompeo. Multiple American, Israeli and European sources confirmed the meeting, and tracking data were published about the plane that flew Netanyahu to it. But the Saudi side continues to deny it ever happened.

The denial of the Neom meeting is understandable given its sensitivity. But why deny the Baghdad meeting? There is nothing embarrassing about holding talks in an Arab capital under the auspices of its government with a neighbouring Muslim country.

If the US and five other big powers can hold talks with an Iranian delegation and offer concessions in order to reactivate the JCPOA nuclear deal – which the Trump administration abandoned under Israeli pressure – why can’t the Saudi authorities take the same course and try to resolve their regional disputes with Iran?

It is no longer a secret that Saudi Arabia is bogged down in Yemen. The war it launched six years ago has exhausted it and led to regular missile and drone attacks on its oil facilities. Carrying on with the war is military, political and moral masochism. It only makes sense to try to find a way out by talking to the Iranians, the main and maybe sole backers of the Houthi Ansarullah movement, especially after the US washed its hands of the war and decided to restrict arms and ammunition sales.

The US itself did the same. After 20 years of being bogged down in Afghanistan, it struck a deal with the Taliban and decided to withdraw all its forces by the anniversary of the 9/11 attacks. It had no qualms about abandoning its Afghan allies and conceding defeat in a war that cost it two trillion dollars and 2,400 and 23,000 injured soldiers, in addition to the loss of 65,000 allied Afghan government troops.

The holding of the Baghdad talks at Saudi Arabia’s initiative to resolve all outstanding issues with Iran may indicate that Riyadh is intent on abandoning the reckless and high-handed policies that have left the country in a parlous state. They forced it to waste $700 billion from its reserves on arms purchases, sell off shares in the jewel of its economic crown Saudi Aramco, suspend most of its infrastructure projects, run up massive budget deficits, and resort to borrowing from domestic and international banks.

Saudi Arabia’s demand to be included in the JCPOA talks was dismissed out of hand, as was its insistence that any new agreement must include the dismantling of Iran’s missile arsenal. Moreover, it was the Biden administration that reached out to the Iranians for talks via European mediators, not the other way round. This left the Saudis with no other choice than to do the same themselves via the Iraqis, resulting in the Baghdad meeting on 9 April.

Don’t get me wrong. This Saudi-Iranian encounter was a good thing, and I hope it is part of a serious reappraisal of all the policies that have landed Saudi Arabia and its Gulf allies in the difficult and embarrassing position they find themselves. The first step should be to put an end to crude vilification campaigns and dismantle or tone down the vast media and propaganda networks set up to wage them. Reappraisal should include moving towards military and developmental self-reliance, starting political reform, tackling corruption, allowing more freedom of expression and respecting human rights at home, while turning to the Arab and Muslim worlds in foreign policy, cease meddling in other Arab countries (Syria, Libya, Yemen, Iraq etc.) and halt the shameful normalisation with Israel that has shaken Saudi Arabia’s image and standing in the Islamic world.

Iran is not the demonic state it is made out to be. Its Muslim people are not fire-worshippers, and its leader speaks better Arabic than most Arab heads of state. The policy of using sectarian incitement to try to fight it has failed and backfired.

Iran is a regional superpower armed with weapons of its own making that resisted a 40-year American blockade and is now being courted by the major powers.

Those who are minded to compete with or fight Iran should first follow its example and rely on themselves rather than others — be they American or Israeli – for the task.