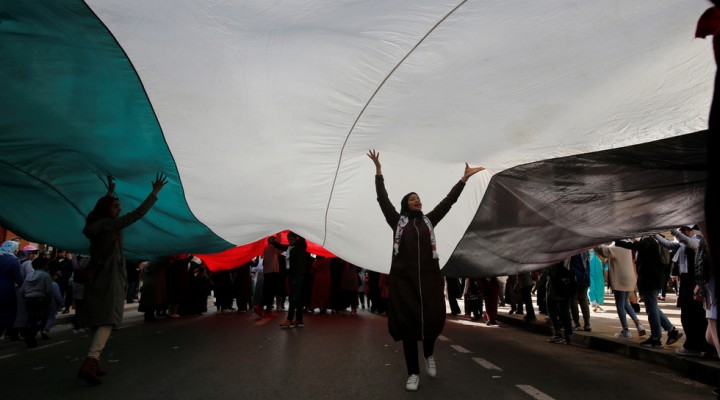 In a few weeks, Donald J. Trump is likely to be finally turfed out of the White House as his tenuous legal challenges to the presidential election fizzle and flounder. With an eye on leaving some kind of “legacy,” Trump wants to go down in history as the great peace deal-maker in the Middle East.

The last few months have seen frenetic efforts to get Arab nations to normalize ties with Israel. Morocco this week became the fourth nation to do so, following in the steps of the United Arab Emirates, Sudan and Bahrain. (Egypt and Jordan had already done so back in 1979 and 1994.) However, most of the 22-nation Arab League still refuses to open relations with Israel owing to long-standing support for Palestinian national rights.

Jared Kushner, Trump’s son-in-law and senior adviser, the supposed brainchild behind the president’s Abraham Accords peace plan, declared that the recognition of Israel by Morocco was another landmark move towards settling the decades-old Arab-Israeli conflict over Palestine.

Trouble is Trump’s peace vision comes with a lot of arm-twisting, bribery, and sowing of wider tensions in the region.

Morocco has recognized Israel at a price. The Trump administration induced the move by granting its recognition of Morocco’s territorial claims over the Western Sahara. The area is contested by a separatist group, the Polisario Front, which declares it as the Sahrawi Arab Democratic Republic. Only a month ago, the group announced the end of a 29-year ceasefire with Morocco. The ostensible peace overture solicited by the Trump administration is thus inciting a war in the Maghreb region which could draw in surrounding countries Mauritania and Algeria, both of which are allied with the Western Sahara’s Polisario Front.

Trump’s “art of the deal” is less about upholding principles of international law and national rights and more about grubby expedience to get to his bottom line. Just as in his former life as a New York City real-estate magnate, it’s all about greasing palms and bending rules to come out on top.

This president has fawned over Israel, snubbing international consensus when he declared Jerusalem as the capital of the Jewish state in complete disdain for Palestinian historic rights. In repudiation of international law, Trump’s administration has recognized Israeli occupied territories as legally held. It has also declared the Golan Heights annexed by Israel from Syria to be under Israeli sovereignty.

Trump is redrawing maps like a colonial master and without a murmur of protest among other Western states. Contrast the hullabaloo the West has engaged in over Crimea joining the Russian Federation after a legally held referendum in 2014. Sanctions and recriminations have been relentless with cries of Russian “annexation,” yet Trump’s tearing up of maps and legal rights is somehow acceptable… because it’s in the name of “peace.”

It’s essential to note that the Palestinians have condemned Trump’s vision as not worth a damn. They say he is merely formalizing illegal occupation of their homeland by Israel. Arab states which have deferred to Trump’s injunctions claim they have secured commitments from Israel to desist from further annexation. The Palestinians don’t buy that. They see it as contemptible betrayal by Arab nations.

Not surprisingly, such a cockeyed peace deal has relied on bribery to force its uptake. The monarchial rulers of the United Arab Emirates were quickly granted permission to buy the US-made F-35 stealth fighter jet, which had been off-limits to any nation other than Israel and NATO members.

Weeks before Sudan made its “historic” move to recognize Israel, the Trump administration announced it was taking the country off its terror blacklist, thereby ending decades of American sanctions against Khartoum.

It remains to be seen what the tiny Gulf island-state Bahrain gets for its “sellout” of Palestinian rights. It’s most likely a trial balloon for the bigger prize of its patron, Saudi Arabia, coming onboard Trump’s peace caravan. What the House of Saud wants is no doubt more American commitment to hostile encirclement of its nemesis Iran.

Therefore, with bitter irony, the possible Saudi normalization with Israel will give Trump the semblance of great peace-maker in the Middle East. Whereas in reality, that outcome would lead to an ever-more dangerous confrontation with Iran, with the Israelis and Saudis both openly lining up together in a US-led front against Tehran.

How fitting a denouement that would be for Trump’s fake Mideast peace vision, based as it is on bribery, backscratching and reckless self-aggrandizement.