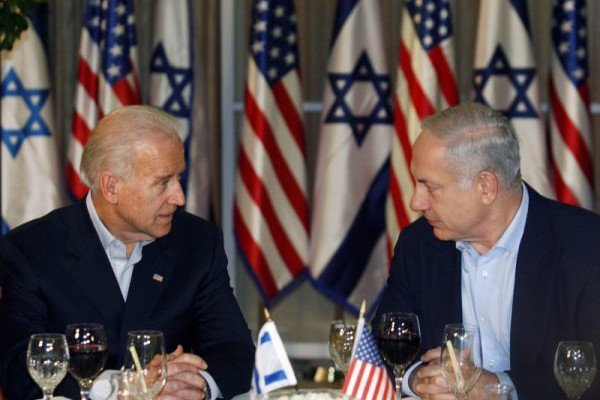 Even though there was virtually no debate on foreign policy during the recent presidential campaign, there has been considerable discussion of what President Joe Biden’s national security team might look like. The general consensus is that the top levels of the government will be largely drawn from officials who previously served in the Obama administration and who are likely to be hawkish. There has also been, inevitably, some discussion of how the new administration, if it is confirmed, will deal with Israel and the Middle East in general.

Israelis would have preferred a victory by Donald Trump as they clearly understand that he was and still is willing to defer to Prime Minister Benjamin Netanyahu on nearly all issues. Indeed, that process is ongoing even though Trump might only have about nine more weeks remaining in office. Secretary of State Mike Pompeo is reportedly preparing to sanction several international human rights organizations as anti-Semitic due to the fact that they criticize Israel’s brutality on the West Bank and its illegal settlement policies. The White House is also prepared to free convicted but paroled Israeli spy Jonathan Pollard from travel restrictions so he can move to Israel, where he is regarded as a hero. Pollard was the most damaging spy in U.S. history and any mitigation of his sentence has been opposed by both the Pentagon, where he worked, and also by the intelligence community.

Finally, it is widely believed that before the end of the year Trump will declare that the United States accepts the legitimacy of Israeli intentions to declare annexation of nearly all the Palestinian West Bank. The White House will actually encourage such an initiative reportedly “to sow hostility between Israel and the Biden administration.” One should note that none of the pro-Israeli measures that are likely to come out of the White House enhance U.S. security in any way and they also do nothing particularly to benefit Trump’s campaign to be re-elected through legal challenges.

If Biden does succeed in becoming president, the special place that Israel occupies in the centers of American power are unlikely to be disturbed, which is why Netanyahu was quick off the mark in congratulating the possible new chief executive. Biden has proudly declared himself to be a “Zionist” and his running mate Kamala Harris has been a featured speaker at the annual gatherings of the American Israel Public Affairs Committee (AIPAC) in Washington. Both are strongly supportive of the “special relationship” with the Israel and will make no effort to compromise America’s apparent commitment to protect and nourish the Jewish state.

Though Israel is central to how the United States conducts its foreign policy, the country was invisible in the debates and other discussions that took place among candidates during the recent campaign. American voters were therefore given the choice of one government that panders to Israel at the expense of U.S. security or another party that does exactly the same thing. To be sure, Biden did state that he would work to reinstate the Joint Comprehensive Plan of Action (JCPOA) relating to Iran’s nuclear program, which was canceled by Trump. But he also indicated that it would require some amendment, meaning that the Iranians would have to include their missile program in the monitoring while also abandoning their alleged propensity to “interfere” in the Middle East region. The Iranian government has already indicated that additional conditions are unacceptable, so the deal is dead in the water. Israel has also privately and publicly objected to any new arrangement and has already declared that it would “save the option” of working through the Republican Senate to thwart any attempts by the Biden Administration to change things.

That Israel would blatantly and openly interfere in the deliberations of Congress raises some serious questions which the mainstream media predictably is not addressing. Jewish power in America is for real and it is something that some Jews are not shyabout discussing among themselves. Jewish power is unique in terms of how it functions. If you’re an American (or British) politician, you very quickly are made to appreciate that Israel owns you and nearly all of your colleagues. Indeed, the process begins in the U.S. even before your election when the little man from AIPAC shows up with the check list that he wants you to sign off on. If you behave per instructions your career path will be smooth, and you will benefit from your understanding that everything happening in Washington that is remotely connected to the interests of the state of Israel is to be determined by the Jewish state alone, not by the U.S. Congress or White House.

And, here is the tricky part, even while you are energetically kowtowing to Netanyahu, you must strenuously deny that there is Jewish power at work if anyone ever asks you about it. You behave in that fashion because you know that your pleasant life will be destroyed, painfully, if you fail to deny the existence of an Israel Lobby or the Jewish power that supports it.

It is a bold assertion, but there is plenty of evidence to support how that power is exerted and what the consequences are. Senators William Fulbright and Chuck Percy and Congressmen Paul Findlay, Pete McCloskey and Cynthia McKinney have all experienced the wrath of the Lobby and voted out of office. Currently Reverend Raphael Warnock, who is running against Georgia Loeffler for a senate seat in Georgia demonstrates exactly how candidates are convinced to stand on their heads by the Israel Lobby. Warnock was a strong supporter of Palestinian rights and a critic of Israeli brutality. He said as recently as 2018 that the Israelis were shooting civilians and condemned the military occupation and settlement construction on the Palestinian West Bank, which he compared to apartheid South Africa. Now that he is running for the Senate, he is saying that he is opposed to the Boycotts, Divestment and Sanctions (BDS) movement due to what he calls the movement’s “anti-Semitic overtones.” He also supports continued military assistance for Israel and believes that Iran is in pursuit of a nuclear weapon, both of which are critical issues being promoted by the Zionist lobby.

There is some pushback in Washington to Israeli dominance, but not much. Recent senior Pentagon appointee Colonel Douglas Macgregor famously has pointed outthat many American politicians get “very, very rich” through their support of Israel even though it means the United States being dragged into new wars. Just how Israel gains control of the U.S. political process is illustrated by the devastating insider tale of how the Obama Administration’s feeble attempts to do the right thing in the Middle East were derailed by American Jews in Congress, the media, party donors and from inside the White House itself. The story is of particularly interest as the Biden Administration will no doubt suffer the same fate if it seeks to reject or challenge Israel’s ability to manipulate and virtually control key aspects of U.S. foreign policy.

The account of Barack Obama’s struggle with Israel and the Israeli Lobby comes from a recently published memoir written by a former foreign policy adviser Ben Rhodes. It is entitled The World As It Is, and it is extremely candid about how Jewish power was able to limit the foreign policy options of a popular sitting president. Rhodes recounts, for example, how Obama chief of staff Rahm Emanuel once nicknamed him “Hamas” after he dared to speak up for Palestinian human rights, angrily shouting at him “Hamas over here is going to make it impossible for my kid to have his fucking bar mitzvah in Israel.”

Rhodes cites numerous instances where Obama was forced to back down when confronted by Israel and its supporters in the U.S. as well as within the Democratic Party. On several occasions, Netanyahu lecture the U.S. president as if he were an errant schoolboy. And Obama just had to take it. Rhodes sums up the situation as follows: “In Washington, where support for Israel is an imperative for members of Congress, there was a natural deference to the views of the Israeli government on issues related to Iran, and Netanyahu was unfailingly confrontational, casting himself as an Israeli Churchill…. AIPAC and other organizations exist to make sure that the views of the Israeli government are effectively disseminated and opposing views discredited in Washington, and this dynamic was a permanent part of the landscape of the Obama presidency.”

And, returning to the persistent denial of Jewish power even existing when it is running full speed and relentlessly, Rhodes notes the essential dishonesty of the Israel Lobby as it operates in Washington: “Even to acknowledge the fact that AIPAC was spending tens of millions to defeat the Iran deal [JCPOA] was anti-Semitic. To observe that the same people who supported the war in Iraq also opposed the Iran deal was similarly off limits. It was an offensive way for people to avoid accountability for their own positions.”

Many Americans long to live in a country that is at peace with the world and respectful of the sovereignty of foreign nations. Alas, as long as Israeli interests driven by overwhelming Jewish power in the United States continue to corrupt our institutions that just will not be possible. It is time for all Americans, including Jews, to accept that Israel is a foreign country that must make its own decisions and thereby suffer the consequences. The United States does not exist to bail Israel out or to provide cover for its bad behavior. The so-called “special relationship” must end and the U.S. must deal with the Israelis as they would with any other country based on America’s own self-interests. Those interests definitely do not include funding the Israeli war machine, assassinating foreign leaders, or attacking a non-threatening Iran while continuing an illegal occupation of Syria.

0 thoughts on “Israel’s Power Is Unlimited”