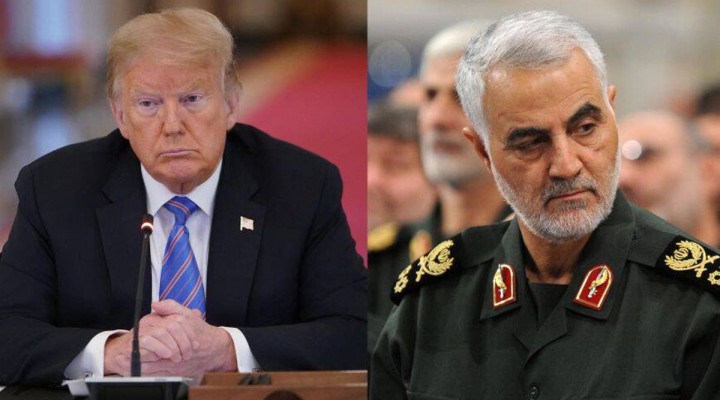 There remains little doubt about the controversial politics and personality of President Donald Trump, who has continually surprised both the west and the Middle East with his unpredictable behaviour throughout his years in office. He is not a Democrat, and the Republicans embraced him in 2016. During his four years in office, he blackmailed his European and Middle Eastern allies and totally ignored the suave diplomatic language and approach which is expected in international affairs. However, despite all his years in power, he failed to end the deployment of US forces abroad and the wars that George W. Bush and Barack Obama started. It was clear that the candidate Donald Trump was different from President Donald Trump who sent additional troops to Afghanistan and deployed forces in Syria, the country where he accused his predecessors of having troops on the ground. And here he is, firing his Secretary of Defence Mark Esper, triggering a broader imagination of a potential war he might be preparing before leaving the White House on the 20th of January 2021. Nonetheless, all indications lead to the opposite, without necessarily indicating the total withdrawal of US forces from the Middle East.

It is highly probable that Trump will accept his defeat to President-elect Joe Biden, convinced maybe that he has a second chance to run for President in 2024. Today Trump is like a wounded animal, very disappointed with the election results, similar to how Hillary Clinton felt in 2016 when she believed her victory over Trump was a piece of cake. Trump realises his chances to win over Biden are slimmer than ever and that the final approval of the votes in all states will be announced before the 14th of December. This is why he has the intention to use his full power until the end of his mandate on the 20th of January, starting by firing his Defence Secretary Mark Esper.

In fact, Esper knew of Trump’s intentions before the announcement of the initial election results. While on his way out, Esper said he wished for his successor to say no to the President when needed. This sentence fired speculation and analysis in the Middle East that Trump was preparing a war and that Secretary of State Mike Pompeo went on a tour of seven European and Middle Eastern countries to prepare the allies for a possible incoming war in the region.

However, a war needs Trump administration’s approval and preparation, a mainstream media campaign in favour of war, a valid pretext acceptable for the mass, allies to join the war and perhaps the United Nations to at least be informed. What Trump is facing is an extremely hostile mainstream media and several European heads of states (the UK is no longer considered part of Europe) eager to deal with Biden and to see Trump out as soon as possible. Moreover, the US, like the rest of the world, is struggling with an exceptionally high number of COVIV-19 infections, a critical economic disaster due to the lockdown and the suspension of many businesses. There is no particular shift or movement of troops to indicate preparation for war. It is, therefore, wiser to slow down and avoid reading too much into Trump’s firing his Secretary of Defence who refused to use the Army domestically to crush unrest, based on the 1807 Insurrection Act because the situation was not as urgent as Trump wanted to make out and was not requested by state governments.

A US forces withdrawal from Washington’s influential locations around the globe damages its strategic interest and dominance objectives. It leaves a vacuum to be filled by Russia, ready more than ever to play a leading role in the Middle East. Moreover, it allows Turkey to have a freer hand in countries where Turkish forces are already stationed like in Syria, Iraq, Libya, Qatar and Azerbaijan. Both Russia and Turkey have benefitted from the weakness of the US presence to boost theirs.