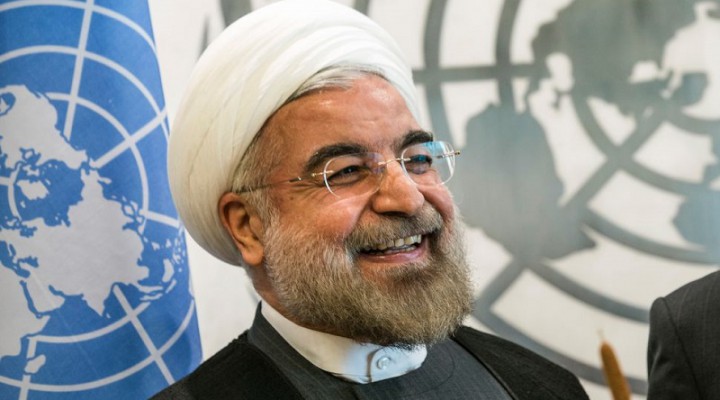 The 13-year-long anti-Iranian arms embargo expired on Sunday, which creates exciting opportunities for the Islamic Republic to strengthen its national defense capabilities and cultivate even deeper relations with its top strategic partners such as China and Russia, possibly even playing them off against one another in a “friendly competition” so as to derive the greatest benefit.

The End Of The Embargo

The US is enraged that the UN let the 13-year-long anti-Iranian arms embargo expire on Sunday without extending it like America wanted. Secretary of State Pompeo humiliated himself on the world stage by fearmongering about the impact that this development could have on regional security only to be almost completely rebuffed by the international community. In response, America once again resorted to waving its “sanctions stick” by threatening to impose unilateral economic restrictions upon anyone who sells arms to Iran after the embargo’s expiration, but that probably won’t deter the Islamic Republic’s top Chinese and Russian strategic partners who are eager to expand such ties with Iran. Not only will this allow Tehran to strengthen its national defense capabilities, but it could also leverage its new arms trade with those countries and perhaps even others in order to comprehensively deepen its relations with them.

Prior reports strongly suggested that Iran and China are in the process of agreeing upon (or have already secretly agreed upon) a massive strategic partnership deal that could be worth up to $400 billion. This pact would also presumably include a military component of an unclear nature, most likely related to military-technical cooperation though instead of the scandalous reports of Chinese bases in the Islamic Republic. As for the Russian dimension of Iran’s new opportunities, earlier reports said that Tehran was considering purchasing S-400 defense systems and possibly even Su-35 fighters or other similar jets. Whatever it ultimately decides to buy from whichever partner, though, the question naturally arises of how the country will pay for all of this considering its ongoing economic crisis and all the difficulties that it’s created for the country. It’s here where a de-facto “barter system” might play an important role.

Iran isn’t a stranger to such arrangements after having already entering into related agreements with Russia in the past. This time, however, it might offer up preferential stakes in its energy industry, transport and logistics networks, and other attractive spheres such as the commercial one in order to court more meaningful investment. Through this manner, Iran could actually attempt to play China and Russia off against one another in order to secure the most advantageous deals. In fact, it might already have succeeded in doing so depending on whatever details eventually emerge about its reported strategic partnership with China. It might very well be the case that China beat Russia before the competition even formally started, though the Iranians might have not given Beijing everything in order to retain the possibility of bartering with Moscow on military-related deals considering the Eurasian Great Power’s global reputation as a premier provider of such wares.

The author acknowledges that the above contains an ample amount of speculation, but it should also be recognized by the reader that agreements of this nature are usually opaque for national security reasons, especially considering just how sensitive the issue of the Iranian arms trade is in light of the US’ “secondary sanctions” threats. It might very well be the case that a few big ticket items might be publicly promoted for soft power sake (both related to showing Iran’s willingness to defy the US as well as its Chinese and/or Russian partners’ equal intention to do the same) but it’s more likely that these agreements or at least most of them will remain in the shadows for as long as possible. The resultant strategic ambiguity would be meant to keep Iran’s rivals on their toes, but considering China and Russia’s excellent relations with each of them, it can’t be discounted that they might seek to secretly reassure such actors that their deals won’t threaten their interests.

Remembering the “friendly competition” between China and Russia throughout parts of Eurasia, whichever of the two ends up clinching major arms deals with Iran might lose out to related business from the Islamic Republic’s GCC rivals. As such, it might actually turn out that this is a win-win for all parties involved whether they consciously recognize it or not. If Russia is the one that reaches such agreements with Iran for example, then China could just double down on its military exports to Saudi Arabia, which might be less inclined to purchase Moscow’s wares if Riyadh feels uncomfortable with its sales to Tehran. The opposite scenario would probably take place in the event that China cuts such deals with Iran whereby Russia would then seek to profit from this by pushing more of its arms onto the Wahhabi Kingdom in response. Either way, everyone “wins” in the sense that a “balance” is upheld, indirectly managed through the dynamics of Chinese-Russian relations.

The expiration of the Iranian arms embargo opens up some exciting opportunities for the Islamic Republic since Tehran can now leverage potential military deals as part of its grand strategic goal to comprehensively improve relations with its Chinese and Russian partners. Even better, it can attempt to play them off against one another in a “friendly competition” so as to derive the greatest benefit, though it should also keep in mind that whichever of the two “loses out” on the deals in question will probably redirect their military export focus to Iran’s GCC rivals so as to make up for the lost business. It’ll be interesting for observers to monitor the military-technical dynamics between Iran, China, Russia, and the GCC over the new few years. It would also be useful for everyone if they track his predictions and possibly modify the model that he put forth if future developments necessitate it in order to arrive at more accurate forecasts.

Russia and Iran in Syria; Iran prepares a move on the Israeli borders