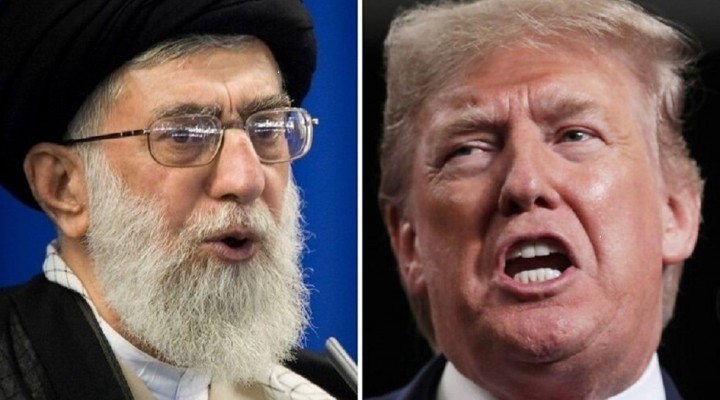 With Donald Trump seemingly beginning to accept that he lost the presidential election, everyone is wondering what he intends to do in the two months he has left in the White House before his presumed departure date of 20 January.

One possibility is that he will try to leave office in a blaze of military ‘glory’ as a decisive strongman by ordering devastating air and missile strikes against Iran’s nuclear facilities — after quickly withdrawing US troops from the Middle East (especially Afghanistan, Iraq, Syria) to prevent them being targeted for retaliation. Alarm about this prospect has grown since Trump began a mini purge of the Pentagon last week by sacking Defence Secretary Mark Esper and other officials and replacing them with staunch loyalists. His refusal to grant president-elect Joe Biden access to intelligence briefings further fuelled suspicions. It could be aimed at concealing plans and preparations for such an assault while Secretary of State Mike Pompeo finalises them in his trip this week to Israel, Saudi Arabia, the UAE and Qatar.

Israeli Prime Minister Benjamin Netanyahu – who could also be out of a job soon – is desperate for Trump to take military action both against Iran’s nuclear facilities and Hezbollah’s missile stocks before he leaves office. That makes it all the more likely. The Israeli army has just conducted large-scale military manoeuvres along the Lebanese border. Israel fears Biden would recommit the US to the Iran nuclear deal and the Obama-era policy of ‘containing’ Iran. That would lead to the lifting or easing of stifling economic sanctions allowing Iran to resume international financial transactions and oil sales – and also aid to its paramilitary allies in Lebanon, Iraq, Yemen and elsewhere.

Saudi Arabia is equally keen on a military assault, as illustrated by King Salman’s speech last week demanding world powers take a ‘decisive stance’ against the Iranian nuclear threat. It is unlikely he would have issued such a call before clearing it with and the hot-headed Trump and his vengeful aides.

Alternatively, the outgoing president may choose to leave his mark at home.

He could give the green light to his die-hard followers to take to the streets in force to demonstrate the extent of his popularity — further polarising American society, splitting the Republican Party and leading to the formation of a new far-right party under his leadership. He has been tweeting encouragement to armed militia and white supremacist groups rallying in many parts of the country against the ‘theft’ of his second term.

Or else Trump could effectively begin campaigning for re-election in 2004 by setting up his own media organisation or launching a TV programme on one of the existing networks he approves of. Even his detractors concede he has a huge following and a proven talent for mobilising and sustaining it.

Whichever course he takes, Trump won’t leave office quietly to face, once he loses his presidential immunity, a possible litany of lawsuits and investigations about tax evasion, fraud and dubious business dealings. His exit could be tempestuous. He is not a good loser and has no qualms about wreaking havoc to serve his purposes. His four years in office left the US divided domestically and weakened and discredited internationally. He promised to make America ‘great again’ but turned most of its allies – bar Israel and a few Gulf states and others – into antagonists. He would relish making it ever harder for his successor to repair the damage he leaves behind.

If Trump does establish his own media mouthpiece like his friends in the Gulf he will not be short of funds. They may even be persuaded or blackmailed into financing it for him. He knows many damning secrets about them which he could use in that enterprise. He’ll happily take their cash for his silence. But he won’t need to draw on their expertise in using the media to spread lies and deception. He is already a renowned expert in that field.

0 thoughts on “A parting shot against Iran?”