HOME / WORLD / Syria Caesar’s Law: Who Does it Target, and How Will it Affect President Assad? 1/3 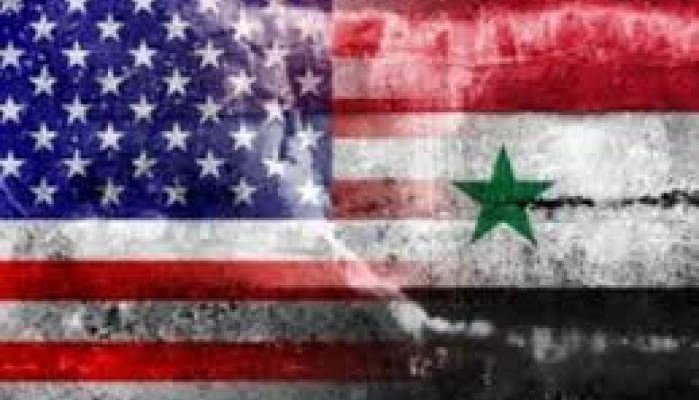 In mid-June, the US sanctions against Syria will escalate, with the enactment of “Caesar’s Law“, sanctions designed to “pursue individuals, groups, companies, and countries that deal with the Damascus government.” This law – purportedly named after a Syrian army officer who smuggled out thousands of photos of torture by the Syrian army in prisons – is designed to prevent companies and countries from opening diplomatic channels with Syria, and to prevent them from contributing to reconstruction, investment, and the provision of spare parts for the energy and aviation sectors in Syria. The sanctions also affect the Syrian central bank, freezing the assets of individuals who deal with Syria and invalidating any visa to America. Who will abide by this law, and what are its consequences for Syria, Lebanon, and the countries that stand beside Syria?

Torture is a common practice in many nations around the world. Syria practised torture (the case of Maher Arar) on behalf of the United States of America and the Bush administration. At least 54 countries (Middle Eastern and African nations but also western countries like Australia, Austria, Belgium, Canada, the Czech Republic, Denmark, Finland, Germany, Greece, Poland, Portugal, Romania, Spain, Sweden, United Kingdom and more) supported US “extraordinary renditions” in 2001 and secret detentions under President Barack Obama. Washington thus lacks any moral authority to claim opposition to torture as a basis for its policies. Over recent decades the US has become notorious for authorising gruesome forms of torture, stripping people of their most basic rights, and generally violating human rights in defiance of the Geneva convention and above all the 1984 UN convention against torture. James Mitchell, a CIA contract psychiatrist who helped draft and apply “enhanced interrogation techniques“, disclosed several methods approved by the US administration to torture prisoners placed in detention in “black sites” outside the US, illegally but with official authorisation. Images of torture in Abu Ghraib prisons showed the world that the US use of torture and illegal methods of interrogation against detainees in Iraq.

Thus, US sanctions on Syria cannot plausibly indicate US concern for human values and opposition to the abuse of power. Moreover, the US administration’s adherence to its own Constitution is in grave doubt, given the reaction of the security forces against demonstrators in America in response to widespread racial discrimination and racially motivated police attacks.

These new US sanctions, under the name of Caesar Syria Civilian Protection Act, can in no way be ascribed to some moral value, but rather to the failure by the US, Israel and several Western and Arab countries to change the regime in Syria, and their refusal to acknowledge defeat. They keep trying, and in this case, imagine that through harsh sanctions against Syria and its allies they can achieve what they have failed to accomplish through many years of war and destruction.

In the 1990s, the US imposed sanctions on Iraq (oil-for-food). Hundreds of thousands of Iraqi citizens died as a result of US sanctions on Iraq without Saddam Hussein’s regime and his entourage being affected. Consequently, we can predict that US sanctions in general primarily affect the population and not the leaders.

The US fails to realize that it is no longer the only superpower in the world, and in the Middle East in particular. Russia has done what many thought was impossible and elbowed its way into the Levant to remain in Syria and confront NATO at the borders. China has followed as a rising economic superpower to make its way into the Middle East, mainly Iraq and Syria. Iran has already a strong presence and powerful allies in Lebanon, Syria, Iraq and Palestine. These three countries, along with Syria, are playing a leading role in actively eliminating US hegemony in this part of the world.

In Beirut, the government cannot adopt and abide by “Caesar’s Law” and close its gates to Syria. Lebanon’s only land borders are through Syria since Israel is considered an enemy. Any national economic plan to revitalise the abundant local agriculture sector and export to Syria, Iraq or other countries in the Gulf would fail if “Caesar’s Law” were put into effect. Any regenerated industry or import/export from the Middle Eastern countries must go through the “Syrian gate”. Besides, the current Lebanese government risks falling if it implements the US sanctions. Washington is not providing any financial assistance to the Lebanese economy in crisis and clearly has no intention of offering necessary and immediate help to the crippled Lebanese economy. The US, as has become the norm, seeks to impose sanctions and conditions on the nations it targets but offers little in return to affected countries. In the case of Lebanon, its budget deficit is close to 100 billion dollars following decades of corruption and mismanagement.

The government of Prime Minister Hassan Diab is, theoretically, a technocratic and non-political government. It does not consider the US an enemy but neither is it likely to follow US dictates, since it is close to the “March 8 Alliance” whose strongest members are not US friendly. Hence, the only solution for this government or any future government is to go east towards China, Russia and Iran. America will likely lose in Lebanon, with its “March 14 Alliance” allies rendered voiceless and powerless.

There is no doubt that the Christian party within the “March 8” political group will be challenged and affected by US sanctions. These have an international relationship to look after and maintain as well as external bank accounts. Regardless, “Caesar’s Law” cannot be implemented in Lebanon, whatever the consequences of its violation.

As for Iran, it has already been subject to “maximum pressure” and harsh sanctions increasing year after year since the victory of the Islamic Revolution in 1979, for daring to reject US hegemony. Hence, it has no consideration whatsoever for the US “Caesar’s Law”. Even more, Iran is certainly not unhappy that the US blocked the return and reopening of Gulf countries’ embassies – who dare not disobey the US wishes – in Syria. Gulf companies are no longer in the field as competitors to divide shares in Iran’s reconstruction contracts related to projects in the field of industry, trade and energy. Iran has already challenged US and EU sanctions on Syria by sending oil tankers to Damascus. Also, Tehran sent five tankers to Venezuela, another country suffering from harsh US sanctions. The Gulf and European countries – US’s allies – are thus losing their opportunity to return to Syria, to be involved in its reconstruction and to regain their foothold in the Levant.

As for Russia, it has just signed a deal with the Syrian government to expand its military airport and naval bases in Tartous, Hasaka and Hmeymim. Furthermore, it is supplying Syria with modern military hardware and fulfilling the Syrian army needs to come up to full strength. It supplied Syria with squadrons of the updated MiG-29 fighters this month in a clear message to the US and its “Caesar Act” sanctions.

As for China, it is now in a “cold war” situation over US accusations that Beijing is responsible for the outbreak of COVID-19. The US is seeking to prevent Beijing from doing business with the European market, and particularly to prevent Europe from embracing China’s 5G network and technology. The US administration is also pushing Israel to curtail trade with China and to call off its billion-dollar contracts signed with China to avoid “hurting the relationship with the US”. Moreover, the Iraqi-US relationship took a severe blow when the former Prime Minister Adel Abdel Mahdi signed off on a $20 billion “oil for reconstruction” agreement with China. Thus China, already involved in different projects in Syria, is not likely to abide by “Caesar’s Law”.

As for Syria, it will never accept starvation nor buckle under the US’s economic siege. President Bashar al-Assad is reconstructing the liberated areas under the government forces’ controls. He is rebuilding infrastructure for the Syrian population present in the homeland, excluding the areas abandoned by refugees who fled the country many of whom will not return. The Syrian government is not suffering from the absence of the five to seven million refugees in Idlib, in refugee camps outside the control of the government or in nearby bordering countries. Those refugees are financed and looked after by the international community and the United Nations. This relieves the central government of a considerable financial burden.

Consequently, Syria does not need to reconstruct the refugees’ homes or provide them with oil, electricity, schools, infrastructure and subsidies for as long as Western countries want them to stay outside Syria. The international community wants these refugees to remain away from the central government’s control and is doing everything in its power to prevent their return so as to be able to reject a future Presidential election- where Bashar al-Assad’s victory is guaranteed.

President Assad will work with Iran, Russia and China to secure his needs. Iran has defied US-European sanctions by sending oil tankers to Syria through the Straits of Gibraltar twice. Iran is building drug and medicine factories in Syria, and is also working on other projects that it shares with Russia and China. Syria is heading toward the east, not the west, since that it is the only remaining option left to it. This is the long-awaited dream of the “Axis of Resistance”. Lebanon, Syria and Iraq are looking to Asia to reverse the US-European sanctions against them and their allies in the Middle East. By imposing further unaffordable sanctions on Syria, the US is helping the Levant come out of the US sphere of influence and presence.

Iran, Russia, China and Syria are uniting as allies with an integrated project against US hegemony. There is no place for the domination of one state over another in this gathering of nations because solidarity is required to help Syria, for example, stand as a healthy and reliable country to confront the US. Their strength grows as the weakness of the US becomes more apparent, at a time when President Donald Trump is struggling domestically and his world influence is weakening. Washington is unilaterally imposing sanctions on nations and populations, forcing some allies to follow but also forcing them to consider seriously future possibilities for detaching from this burdensome “umbilical cord.”

The US “Caesar’s Law” aims to submit and suppress the Syrian nation and people, as Washington has attempted with Iran and Venezuela, so far failing miserably. This policy can no longer be effective because the Russian – Chinese – Iranian alliance has now become important to many countries in the Middle East. The influence of this alliance now extends to the Caribbean Sea. “Caesar’s Law” will turn against its architects: “he who prepared the poison shall end up eating it.”

0 thoughts on “Syria Caesar’s Law: Who Does it Target, and How Will it Affect President Assad? 1/3”