HOME / WORLD / US rewards for Hezbollah leaders’ heads: How do they affect the organisation? 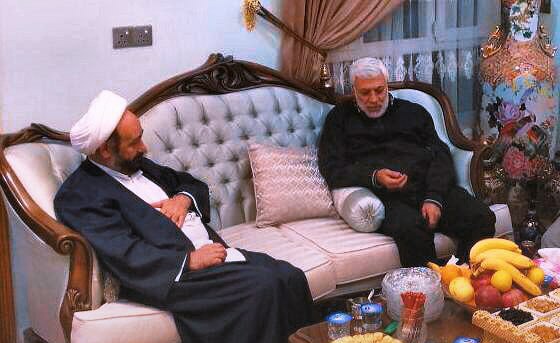 The US government offers financial rewards to those who help arrest a Hezbollah leader or who reveal details of their activities that enable the US to disrupt them. These rewards vary from five to ten million dollars. Thus far, no one has been able to obtain a single dollar of these awards from the US administration since 1985, when Hezbollah officially came into existence in Lebanon. How are the organisation and its leaders affected by these tempting millions offered by Washington?

There is no doubt that the “Axis of Resistance” in Lebanon is operating outside the American system. Hezbollah possesses no property outside Lebanon, and no bank accounts in any local bank inside or outside the country, notably not in any western countries. Family members and children of Hezbollah leaders are not present in western countries, therefore they are outside the US’s blackmailing orbit. Hence, the decision to place Hezbollah leaders on the US terrorist list and confiscate their “non-existent” funds is not much more than an ostentatious display by which the US aims to self-advertise itself as the world’s policeman.

Washington believes that announcing the names of Hezbollah leaders could give impetus to America’s allies in Lebanon. But the US’s allies in Lebanon are too weak – although persistent and holding at least some leverage – to confront Hezbollah in the first place. Most importantly, US sanctions cannot possibly be effective in a country like Lebanon – or in other countries under the “Axis of the Resistance” umbrella because they are sovereign states outside direct US control and the “Axis of the Resistance” is far from being weak.

This takes us to Iraq, an “Axis of the Resistance” stronghold, during the 2018 parliamentary campaign.  Before the elections the US Presidential envoy against ISIS, Ambassador Brett McGurk, visited National Security Minister Faleh Al-Fayyad in his office in Baghdad. McGurk complained that Fayyad had met with Sheikh Muhammad Kawtharani, a Hezbollah official on the US terrorism list. Al-Fayyad replied: “It is not permitted to interfere in internal Iraqi affairs, nor with what an Iraqi citizen does. Sheikh Kawtharani is an Iraqi citizen, and America has no authority or jurisdiction over us to dictate who we can or cannot receive.”

Sources in the “Axis of the Resistance” confirm, in fact,  that “Sheikh Muhammad Kawtharani was never a military leader but part of the political bureau. By virtue of his studies and the presence of his father, a scholar and jurist, in Najaf for many years, Sheikh Mohammed was born and raised in the holy city. Sheikh Kawtharani married an Iraqi woman from Baghdad, mastered the language and the Iraqi mentality, which made him very successful in managing the Iraqi file and communicating with Iraqi leaders. He had spent time in Saddam Hussein’s prisons and was a close companion of Sayyed Abbas Al-Mousawi, the Secretary-General of Hezbollah assassinated by Israel in 1992. He was able to forge close relations with Iraqi leaders during their presence in Lebanon in exile as refugees in the days of Saddam Hussein’s authority. He is the Hezbollah official who knows Iraq best, from the Marjaiya in Najaf to every single political member from Erbil to Basra.”

“Sheikh Kawtharani has no enemies among Iraqi leaders because his way of dealing with them is never condescending; he does not impose his agenda or conditions on them. Rather, his objective is to unite Iraqi groups on mutually agreed decisions and to listen to their complaints when they find it difficult to communicate with each other. He is a coordinator and a mediator, one of the most difficult functions to serve – especially among Iraqi Shiite parties”, said the source.

“America knows that Sheikh Kawtharani does not work within the security-military apparatus of Hezbollah, but is the Assistant to Secretary-General Sayyed Hassan Nasrallah for Iraq affairs. Sayyed Nasrallah is the leader of the” Axis of Resistance “and enjoys excellent relationships with Palestinians, Syrians, Iraqis, Yemenis, and various leaders in different countries. Therefore, the US wanted to obstruct his return to Iraq in order to prevent Iraqi Shiite solidarity, especially following his success in reunifying the Iraqis after the assassination of the Iranian Major General Qassem Soleimani”, according to the source.

Shiite parties were not satisfied with the choice of President Barham Saleh of Adnan al-Zurfi as prime minister. Iraq was facing serious domestic unrest between Shiites, Sunnis and the Kurds. By selecting Mr Mustafa Kazemi, the tension was de-fused with the help of Sheikh Kawtharani and the Iranian leadership who mediated to help the Iraqis find the most suitable candidate for all.

The source asserts that “Sheikh Kawtharani has better relations with most Iraqi politicians than any Iraqi or non-Iraqi leader or personality. This is what allowed him to work to support Iraq; US financial rewards of $10 million will not prevent him from travelling to Iraq when he so desires.”

As for the American financial rewards, generally speaking, they create a positive outcome for every Hezbollah official: the higher the amounts offered by the US on one’s head, the more prestige one accrues. This raises the wanted leaders to a privileged social status in Lebanon, Syria, Iraq, Iran, Yemen and Palestine, because threatened US punishment is understood to indicate US fear, proof of a Hezbollah leader’s power to annoy the US and its administration.

These rewards have not harmed Hezbollah at all over the 35 years of their existence. But internally, the higher the amount, the more important the “wanted” Hezbollah leader is in relation to other Hezbollah officials. The wanted leader’s financial compensation increases, and additional budgets, guards and security members are allocated to protect him. Multiple cars are at his disposal, and more than one apartment is offered for his convenience and security. Precaution in selecting an apartment includes the presence of an electric elevator that reaches the underground basement, to cover his arrival, departure, and movements in and out.

The US rewards incite jealousy among those Hezbollah officials who have not yet attained the distinction of having a US reward on their head. Those with a lower reward wish the US could offer more millions on their heads for them to gain a higher position in society!

Those officials higher on the US list of terrorist rewards become weightier and gain additional powers. Their credibility and influence with foreign political leaders and allies during their contact or meetings increases, so that allies brag about contacts and pictures taken next to them.

Long ago, the US put Imad Mughniyeh on its list and placed a reward on his head. He then reached the level of Military Commander in Chief of Hezbollah and Deputy Assistant Secretary-General of the Jihad Council. This is but one example of promotion thanks to US targeted opposition.

If the US decides to target leaders placed on its terrorist bounty list, Hezbollah’s response then becomes more significant because they become part of a new equation of deterrence. Thus, what US officials imagine as harsh punishment for Hezbollah leaders actually becomes a source of direct reward within the Hezbollah system and society! It is but one more example of the way in which the US’s desire to punish and eliminate is turned to advantage and even privilege in a system and culture they do not understand.

0 thoughts on “US rewards for Hezbollah leaders’ heads: How do they affect the organisation?”