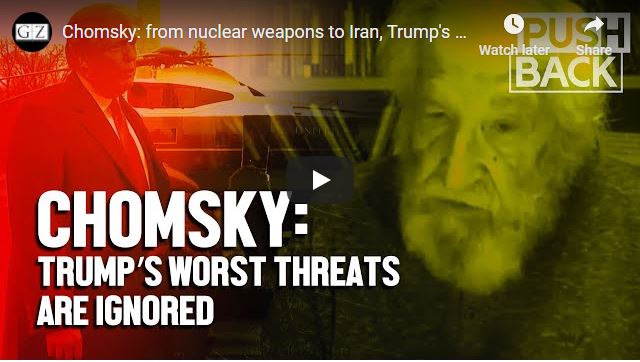 New @PushbackShow : Noam Chomsky warns that the Trump admin poses a unique threat to humanity, but its most reckless policies — from killing nuclear weapons accords with Russia to imposing new sanctions on Iran — are receiving far too little attention.

Chomsky on OPCW scandal: “US & its allies want evidence provided by some of the top inspectors to be banned… they want to ensure it’s not discussed, meaning they have no confidence in their own conclusions, meaning the US bombing of Syria was undertaken on false presences.”

Whether their report is correct or not, I have no judgment. But what we do know is the US & its allies don’t want it discussed. They don’t want evidence discovered by the some of their top inspectors to be looked at. The OPCW is capitulating to this, which is pretty shocking.”

The Media’s 10 Rules of Hate