HOME / Economy / Iraq resembling Lebanon; will it lean towards the US or Iran? 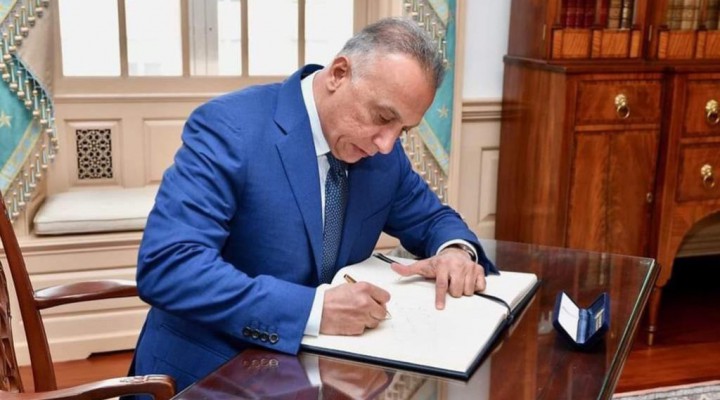 Iraq is not far from closely resembling Lebanon, with its ongoing political and economic conflicts. However, the Iraqi economy’s inexorable deterioration may force Baghdad’s government to make difficult choices which will provoke severe consequences for the country whichever direction it goes in.

This fragile political-economic situation indicates that no stability can be expected in the Middle East in the short term. West Asia is expected to remain an arena of conflict and battles between the US and Iran and their respective allies. Therefore, Iraq can no longer hold the stick from the middle and opt for a neutral stand. It must decide the least damaging directions to take because otherwise there will be an impossible situation: two enemies fighting on one territory. Which way will Iraq lean, towards America or Iran? What are the options?

The International Monetary Fund (IMF), realizing the seriousness of Iraq’s financial situation, suggested stopping over-employment in official departments and the armed and security forces. Although an accurate statistic is lacking, senior officials estimate the number of government employees and retirees at between five and seven million. The IMF also suggested privatising state companies and suspending subsidies on the essential commodities imported by the state, to relieve Iraq’s budget burden.

According to Ministry of Finance officials, the Iraqi budget deficit has reached about 58 per cent, whereas the budget law dictates that the debt must not exceed 3 per cent maximum. This excess is caused by Iraq bothborrowing money and importing most of its goods. And a plan to support local production and exports without relying on oil as the primary source of income is essential but absent.

The 2017 budget for spending amounted to 72 billion dollars, and the 2018 spending budget reached 70 billion. By contrast, the 2021 account has passed $168 million, which exceeds the combined budget of two years. Iraq does not have the means to cover its 2021 annual budget. Therefore, it can’t meet its many domestic challenges, particularly the demands for overdue salaries and the completion of essential unfinished projects. Baghdad has frozen all projects which failed to reach 60 per cent of their objective.

Consequently, there are residential buildings and new hospitals under construction that have been pending for seven years due to the lack of financial capacity. Many young people holding university degrees demand, through intermittently repeated demonstrations, job opportunities and the end of the corruption that has dominated the country for over a decade. The infrastructure (hospitals, roads and electricity) is sharply deteriorating and needs refreshing. The Iraqi finance ministry has requested emergency assistance from the IMF’s Rapid Financing Instrument (RFI) for a $6 billion loan package and may ask for an additional $4 billion in low-cost loans through another program.

0 thoughts on “Iraq resembling Lebanon; will it lean towards the US or Iran?”