HOME / WORLD / Iraq, Syria and the new US administration 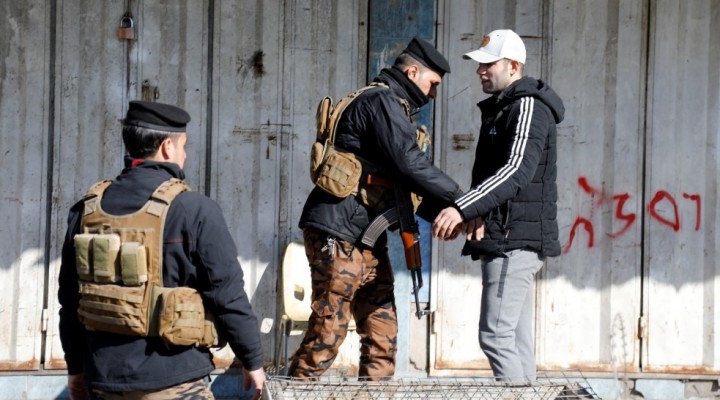 Terrible as Trump was for both countries, neither can expect much better with Biden at the helm

Two murderous attacks in succession: a double suicide bombing in Baghdad which killed 32 innocent Iraqis and injured more than one hundred; and a missile strike launched by Israeli warplanes from Lebanese airspace on Syria’s Homs province in which a family of four perished.

Is it a coincidence that both took place just as Joe Biden was taking office as US president? The Israeli attack was nothing new. But the suicide bombing in Baghdad was the first for three years – during which Iraq’s leaders thought they were rid forever from Daesh threat, and devoted their efforts to their corrupt dealings, political feuds and sectarian divisions rather than addressing the challenges and threats facing the country.

The message delivered by the missile strike was that Israel will continue attacking Syria at will under the new US administration and nothing will change. The message from the Baghdad bombing was that suicide attacks in the Iraqi capital are back, maybe more than ever, that this is just the start, and that you Iraqis — government and people — will suffer if you continue demanding the withdrawal of US forces, or think – even only think — of joining the resistance axis and challenging the US and Israel.

Syria and Iran are paying the price for their failure to retaliate against repeated Israeli acts of aggression against them. Iraq is paying the price for its ruling elite’s failure to establish a state of institutions free of sectarianism and cronyism, and to promote coexistence, equality, the fair allocation of resources, social justice and the rule of law.

Iraq’s former regime is accused by its current rulers of having failed the country in every respect: politically, economically and militarily. So what excuse do they have for not fixing things in the 18 years since the US toppled and uprooted that regime? Why weren’t a strong army and security forces established?

All Iraqis are entitled to ask why. The money is there, as are the qualified personnel. Iraq’s long record of military and administrative competence is undeniable. We are talking about a major oil-producing state that has an abundance of talent and expertise and an 8,000-year history.

Unfortunately, Iraq’s future does not look any rosier now that Biden has assumed the presidency of the US. It could well prove bloodier and more violent, insecure and unstable. Biden was — and maybe still is – an ardent advocate of aggression against Iraq and the occupation and destruction of the country. He cast his Democratic vote in favour of the Republican US invasion and went on to promote a plan for Iraq to be partitioned into three segregated ethno-sectarian states inspired by the racist theories of the Zionist academic Bernard Lewis.

As for Syria, it is true that Israeli airstrikes — there have been more than 300 so far — have failed to achieve either of their objectives: whether to produce regime-change or push Iranian forces out of the country. But that does not justify the policy of restraint pursued by both Syria and Iran. The cost of not retaliating to these attacks has started to outweigh the benefits. A strategic rethink is needed about more effective ways to exercise options for self-defence: such as retaliating decisively in kind for every Israeli airstrike. If that leads to war, it will not be a one-way street.

Over the past four years, the argument has been that the raging bull Donald Trump, Israel’s most compliant US president ever, must not be provided with a pretext to start a third world war. That line of thinking made some sense. But Trump is no longer in power and his administration has been completely replaced. This justification no longer applies. So why not start retaliating?

One is Russian: non-retaliation to successive Israeli airstrikes avoids falling into the trap of confrontation with Israel at a time of its choosing, which would divert Syria from its vital domestic priorities: above all combating terrorism and re-establishing control of all its territory.

The other is Iranian and Syrian: retaliation is inevitable and must not be delayed, because failing to respond to Israeli attacks has lost the resistance axis much of its credibility and dismayed many of its supporters, let alone its detractors.

It is unclear which answer more accurately reflects the reality of the situation. But it is perfectly clear that Syria’s Russian ally has been unable to use its strong ties with Israel to deter its attacks, and has not provided Syria with air defence systems capable of countering them.

War has horrific consequences that must never be understated. But Israel has failed to win any of the wars it launched since 1967. If it wants another war and is beating the drums for it, why should the other side be scared? Why should they continue taking its blows and suffering casualties in silence without exercising their right to self-defence and retaliating forcefully? This question is increasingly being asked by millions of people in the Middle East and beyond.

2 thoughts on “Iraq, Syria and the new US administration”