HOME / WORLD / How US Administrations Support the “Axis of Resistance” Involuntarily 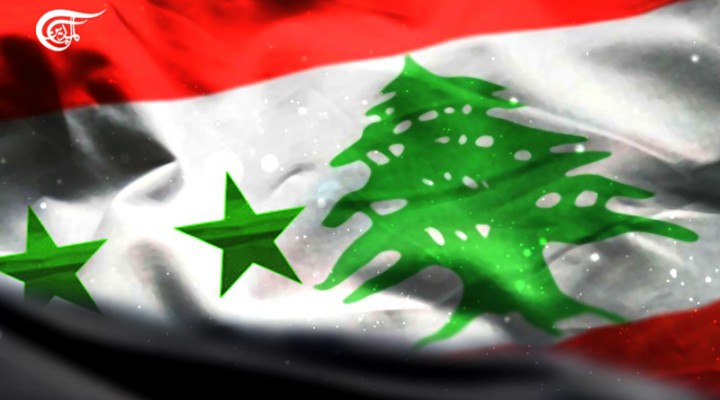 The iceberg between the Syrian and Lebanese governments has now been broken, thanks to the US wishes.

Despite the persistent attempts to besiege and weaken Hezbollah in Lebanon and the rest of the “Axis of Resistance” (Syria, Iran, and elsewhere), all the policies the US administration enacts fall in favor of this Axis. The latest of these decisions is to bring gas from Egypt through Jordan and Syria. But how does this serve the “Axis of Resistance”?

For the first time since the beginning of the Syrian war in 2011, a ministerial delegation from the Lebanese government visited Damascus. The Lebanese delegation was headed by Deputy Prime Minister, Acting Minister of Defence and Foreign Affairs Zina Aker, Minister of Energy Raymond Ghajar, and Minister of Finance Ghazi Wazni. This means that the American desire has clearly played a significant role in the approval of this Lebanese visit to Syria that was not permitted since 2011. Officials in Lebanon avoided infringing the American policy line and went along with the US’s desires, keeping away from Syria: which represents the only land connection Lebanon has with the outside world.

The reason for the US approval of the official Lebanese delegation’s visit to Syria came following the announcement by the US ambassador to Lebanon, Dorothy Shea, of her decision to supply Lebanon with Egyptian gas through Jordan and Syria. The aim is to meet Lebanon’s urgent needs for electricity, which is currently provided for only two hours daily.

Therefore, the US administration is ready to make an exception to Lebanon to negotiate with Syria the gas transit and its costs. This is not a new exception for the US to make for countries it considers allies, for dealing with other countries under severe US sanctions (as with Iranian electricity for Iraq, for example). US concessions are given for a short period to be renewed according to need and regular political review by the US administration alone.

Syria had always refused to establish non-governmental representation with any country. Damascus rejected requests from France, Italy, the US, Great Britain, and several countries that wanted counter-terrorism collaboration but not diplomatic relationships. Syria’s reply to these countries demanded they open embassies before anything else, as international norms stipulate.

Lebanon has intermittent relations with Syria, whose “godfather” was the Director-General, retired Major General Abbas Ibrahim. However, Damascus refused to maintain the level of cooperation without an official governmental relationship concerning trade and commercial deals.

Even if the Lebanese-Syrian talks were to fail to supply the Egyptian gas pipeline through Jordan and Syria to Lebanon, or the results were to be delayed for technical, financial, or logistical reasons, the iceberg between the Syrian and Lebanese governments has now been broken, thanks to the US wishes.

Notwithstanding the urgent Lebanese need, the US constrained the Lebanese officials to reject rare Chinese and Russian offers to Lebanon to rebuild the infrastructure, oil supply, refurbishing refineries, and harbors, build roads and tunnels. China and Russia did not require the government to pay in advance or provide International financial guarantees for the infrastructure reconstruction. The West is offering much fewer projects, financed by the International Bank as a loan.

The US desire to supply Lebanon with Egyptian gas indicates a response to the deteriorating situation in Lebanon, the financial collapse, and the scarcity of fuel that forced several hospitals to close entirely or partially, as happened to the American University Hospital in Beirut.

Furthermore, the US Ambassador Shea’s sudden announcement of her intentions to pull in Egyptian gas was certainly a reaction to the public declaration by Hezbollah Secretary General Sayyed Hassan Nasrallah that the Iranian oil and diesel will reach Lebanon through Hezbollah. The arrival of the first Iranian tanker to the Mediterranean struck America like a thunderclap: maybe it realized that its sanctions had positively and unexpectedly served and saved Hezbollah, Iran, and Syria.

The arrival of Iranian oil in Lebanon will secure additional financial support for Hezbollah and save the Iranian treasury tens of millions in hard currency, which it provides to support its main ally. In addition, Hezbollah will acquire popularity among the Lebanese people because it includes the supply of diesel and gasoline. Moreover, it will embarrass the monopoly of local merchants once the Iranian petrol and diesel become available. The shortage severely disrupted medical and electrical services for medical establishments, bakeries, and private generators.

The US believed it could besiege Hezbollah by turning public opinion against it, to blame Hezbollah’s advanced and huge arsenal, its imposition of the balance of deterrence on “Israel”, and its protection of the Lebanese state with its challenging position (in the indirect negotiations with “Israel”) regarding the demarcation of the maritime borders. Instead, the US “turned the magic on the magician”, and the sanctions have poured into advantages for Hezbollah and Iran.

Regardless of the US sanctions on Syria, Venezuela, and Lebanon, Iran delivers supplies to these countries and violates the US-European sanctions, totally indifferent to “Caesar’s Act”. Tehran provides oil, of which it has hundreds of billions of barrels in reserve, to strengthen its allies and expand its foreign relations. It is sending a message to the world that it provides people with oil and support even if they are under a suffocating economic and financial siege. Even in the US backyard (Venezuela), it is challenging the US to support the “oppressed of the world,” even as stipulated in Iran’s own constitution.

Iran is also helping the Syrian government, which receives its share of crude oil, refines it in Baniyas, and alleviates the suffering of some of the Syrian people. Syria aids its ally in the “axis of resistance” by receiving Iranian ships and opening roads to Lebanon as part of cooperation and support between partners.

The “Axis of Resistance” has turned the threat into an opportunity to benefit and from its society to take advantage of these benefits (Iranian oil). Those among the Lebanese who do not stand with Hezbollah will be divided between those who will remain in their position and those who will finally be supportive. It is now established that the “Axis of the Resistance” has the skills and flexibility to benefit from the US’s mistakes (wars in Afghanistan, Iraq, and Syria). These have led to the enlargement of Iran’s influence in West and Central Asia to become a regional power more potent than ever before.