HOME / Economy / Hezbollah intends to break the US siege of Lebanon 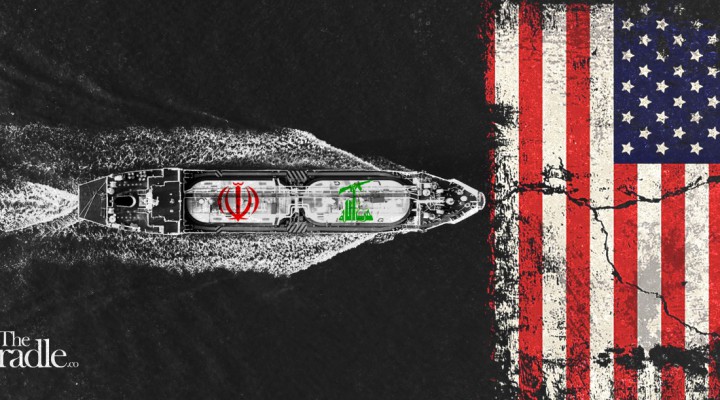 Hezbollah intends to break the US economic stranglehold on Lebanon by bringing Iranian fuel to the besieged country. And it has plans in place to mitigate the risk of further US sanctions leveled against the whole country. So, what will the Americans do?

Iran has sent its first oil tankers to Lebanon to ease the oil and diesel crisis stemming from the country’s two-year economic collapse. Following a request by Hezbollah Secretary General Sayyed Hassan Nasrallah for the fuel, Tehran moved eagerly to aid a country under harsh indirect US sanctions designed to weaken the Axis of Resistance. However, once the Iranian oil reaches its final destination, there will be delivery and distribution challenges inside Lebanon as the route is not entirely under the control of the Lebanese resistance movement. But now Hezbollah has found a way to ease pressures and remove serious threats that could have had severe repercussions on its delivery.

First, some context. Since the election of Iranian President Sayyed Ibrahim Raisi, the Resistance Axis alliance (Iran, Syria, Hezbollah, Hamas, Iraqi and Yemeni groups, as well as others) has felt a positive change in financial support, notwithstanding the harsh sanctions imposed on Iran. The ‘resistance worldview’ of the new Iranian President is expected to be felt both domestically and by his allies, all of whom suffer from punishing US sanctions intended to isolate Iran.

From Gaza to Lebanon, Iraq, Syria, and Yemen – Resistance Axis allies have been placed under US sanctions or sieges, meticulously designed to cause mass suffering and shortages in order to turn populations against the Axis.

In Gaza, the unpopular Palestinian Authority (PA) has been tasked with providing regional and international aid to Gaza’s Palestinians to undermine the Palestinian resistance (Hamas, Palestinian Islamic Jihad) there. In Iraq, US diktats have forced the country into an untenable financial position – unable to trade freely with neighbors and bullied into turning away investments from other major powers, like China.

In Yemen, the US and Saudi Arabia have imposed a criminally inhumane siege on both Sanaa airport and its seaport. In Syria, the US has imposed the Caesar Act, killing the country’s economic, trade, and investment opportunities, and openly stealing Syrian oil.

Following Israel’s failure to disrupt or defeat Hezbollah in the 2006 war, the victory of the Resistance Axis in the Syrian conflict, and the growing military and strategic reach of Hezbollah, the US set into motion a policy to starve out Lebanon and destabilize the country’s economy. Washington’s bag of tricks is empty, save this one last sanctions-and-siege weapon.

Hezbollah alone cannot rescue the Lebanese people. The Lebanese resistance exists to combat foreign enemy attacks and compensate for some of the needs of its society that the government has disregarded for decades, but it is not in a position to assume all the responsibilities of the state. Sayyed Hassan Nasrallah did, however, promise to protect against mass deprivation of critical goods, in part to avoid a total failure of the state and, as a result, its submission to the machinations of Israel.

Israel wants the US to do the impossible: pressure Lebanon into disarming Hezbollah and resume talks over the disputed Mediterranean Sea border for gas extraction. Lebanese officials are contesting a large area considered part of the Karish gas field where Israel has, illegally, given exploration rights to a Greek firm. Many US envoys were involved in this sleight of hand, including CIA Director Bill Burns who recently visited Lebanon and demanded – The Cradle has learned – that Lebanon revives its suspended gas field negotiations with Israel.

In the meantime, the Lebanese have lost trust in a banking system that confiscated their life’s savings almost two years ago, and a US-backed Central Bank that has contributed to the collapse of the local currency. The bankrupt Lebanese government has, in turn, eradicated most of the subsidies on gasoline needed for the functioning of hospitals, electricity, transport, and bakeries.

Due to the lack of organized public transportation, people have queued for days in hope of obtaining gasoline for their daily movements. The US was silent about the effect of its economic siege on the American University of Beirut’s Medical Centre, when ventilators and other lifesaving medical devices became inoperable due to the lack of fuel. This severe shortage has pushed Hezbollah to take the unusual step of providing food and medicine to the Lebanese people and to recently announce its intention to supply fuel to prevent hospitals from shutting down.

But the situation is a tricky one. The provision of Iranian oil tankers to Lebanon embarrasses the Lebanese government and offers the US an opportunity to impose direct sanctions on the country. So far, by drying up the supply of foreign currency, preventing the population from accessing their savings, and preventing any regional international support, the US has been within reach of its goal of a complete siege.

Because Lebanese officials live in fear of US or European sanctions, they have refrained from accepting Chinese or Russian support to assist Lebanon by providing refineries and other vital infrastructure. The above explains why Hezbollah seeks to avoid confrontation with these Lebanese elements who are either supportive or afraid of the US. In the end, a decision was made to alleviate some of those concerns by directing the Iranian fuel tankers to Syria instead of Lebanon.

The challenges faced in the last couple of years are beyond Iran’s capability. It cannot take on the entire burden of Lebanon’s economy alone. It is also not in Hezbollah’s capability to satisfy all the needs of a disintegrating country. But now at least, gasoline and diesel will find their way into the country through the official Syrian–Lebanese borders.

According to well-informed sources, “Hezbollah intends to pay all due taxes to import gasoline and diesel legally into the country. Moreover, new measures have been taken because the supply route from Syria into Lebanon passes through areas not controlled by Hezbollah. All Christian, Sunni, Druze, and Shia cities and villages where the gasoline will cross on the way to Beirut and the south of Lebanon are expected to receive their share according to the set priority.”

The sources go on to say that “hospitals and medical laboratories will be the first to benefit from the Iranian oil. Bakeries lacking necessary diesel will also be supported, regardless of their political allegiance with or against Hezbollah. This sharing of Iranian oil is expected to offer enough protection from any hostile populations and to prevent anti-Hezbollah politicians from blocking the roads or dragging Hezbollah into a domestic confrontation. Those cities or villages unwilling to benefit from the Iranian oil will not be forced to receive it.”

According to the sources, “the risk of an Israeli strike on the supply lines is almost non-existent and minimally there. Hezbollah knows how to balance terror and deterrence equations by preparing its supersonic precision surface-to-surface missiles. If Israel strikes the Iranian oil tankers, Hezbollah will not hesitate to attack its oil rigs or the harbor of Haifa, regardless of the Israeli or US reactions. The American and Israeli leaders are aware of Hezbollah’s capability and determination. Indeed, Hezbollah’s confidence allowed its Secretary-General to announce the departure of at least three oil tankers so far in the direction of Lebanon.”

Lebanon needs five billion dollars worth of gasoline and diesel each year. The Lebanese government has rejected a Russian offer to build two or more oil refineries in various parts of the country to respond to local needs. And despite the collapse of the local currency, Iran was prepared to supply Lebanon with gasoline and be paid with the devalued Lebanese Lira. The offer was rejected due to fear of Washington’s reaction.

Hezbollah’s decision now to import Iranian fuel rises above this fear and has calculated the risks of a potential US reaction. The quantity of gasoline and diesel delivered to Lebanon will indeed be insufficient to supply the country with all its needs. However, if all goes well, the decision by Hezbollah to import oil from Iran is only the beginning.

There is little doubt that Iran and Hezbollah have decided to break the siege on Lebanon, and challenge the diktats of the US and Israel. However, this is not the first time they do so. Iran has already challenged the US – without repercussions – by sending oil tankers and refinery spare parts to Venezuela, in America’s own backyard. Iran provided oil and other support for Syria, notwithstanding the US–EU embargo. The route to supply Lebanon, however, is still a significant experiment for the Islamic Republic of Iran. But if Israel launches aggressions against the Iranian oil tankers, Tehran has enough expertise and control over various bodies of water to hit back and cause equal damage to those attacking it.

Tehran does not want to see its allies struggling with basic necessities due to their political choices. It is not to Iran and Hezbollah’s advantage to watch the Lebanese turning against each other, fighting for survival to secure their basic needs, and becoming distracted from the major issues of the region. Supporting the Palestinian cause, combatting Israel’s ambitions in Lebanon, and breaking US hegemony in the region should remain the top of all priorities for the Resistance Axis.

It is only a matter of weeks before Iranian oil arrives in Syria, and then Lebanon. Many regional and international countries are waiting and watching to see how events unfold. If successful, the Lebanese can become hopeful again that some of their more pressing problems may be resolved. In this case, Hezbollah’s popularity will undoubtedly increase, thanks to combating the US–Israeli plan to besiege Lebanon. The Axis of Resistance has, once again, excelled in turning menace into an opportunity. The proof will be docked at the final destination, upon the safe arrival of the Iranian fuel tankers.