HOME / WORLD / The UN has found that the US killing of Qassem Soleimani broke international law. It’s right, but nothing will happen as a result 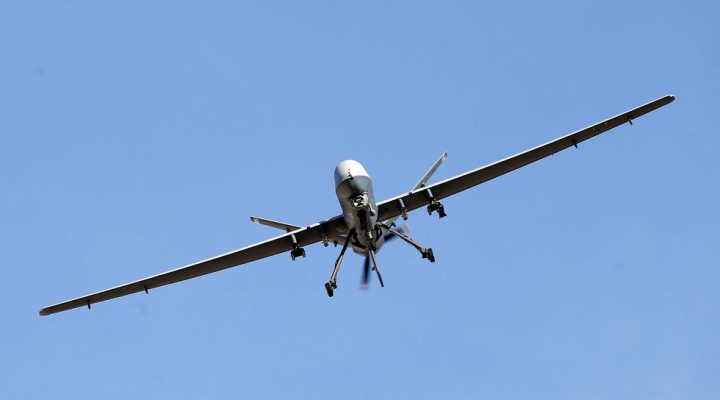 For America, international law has no meaning. In Washington’s view, it applies to other countries, but not to them. Sadly, this well-reasoned UN declaration is simply an exercise in frustration and irrelevance.

On paper, it sounds very copesetic: “… a single strike, one or two cars targeted, 10 individuals killed, in a non-belligerent country, surrounded by people unaware of and unprepared for an international armed conflict.”

With these words, Agnes Callamard, the United Nations Special Rapporteur on extrajudicial, summary or arbitrary executions, described the assassination of Qassem Soleimani in a report submitted to the Human Rights Council.

Callamard’s report covered the broad topic of ‘Extrajudicial, summary or arbitrary executions’, and focused in particular on the use of armed drones for targeted killing. She observed that such acts are carried out by conventional means, such as Special Operations Forces, and as such her report “contains findings applicable to all forms of targeted killings, no matter their method.”

In her report, Callamard singled out the assassination (i.e., “targeted killing”) of General Soleimani as “the first known incident in which a State [e.g., the US] invoked self-defense as a justification for an attack against a State-actor, in the territory of another state, thus implicating the prohibition on the use of force in Article 2(4) of the UN Charter.” It declares that “All Members shall refrain in their international relations from the threat or use of force against the territorial integrity or political independence of any state, or in any other manner inconsistent with the Purposes of the United Nations.”

Callamard labeled the killing of Soleimani by a US drone strike an “arbitrary killing,” noting that while the US claimed that the strike was in response to an “escalating series of armed attacks in recent months” by Iran, the US claim “fails to describe even one ongoing attack.”

Instead, Callamard describes a series of separate and distinct attacks which are not, in and of themselves, escalating, related in time or at all. Moreover, by attacking Soleimani on Iraqi soil without the consent of Iraq, the US violated Iraq’s “territorial integrity.”

Callamard couches her case in the language of international law, noting that various international courts have “established that human rights treaty obligations can apply in principle to the conduct of a State outside its territory.” Moreover, as Callamard points out, the Human Rights Committee to whom she reports “has established that a State party has an obligation to respect and to ensure the right to life of all persons whose right to life is impacted by its military or other activities in a direct and reasonably foreseeable manner.” This obligation, Callamard argues, applies to drones strikes and their targets, which fall within the jurisdiction of the state operating the drone.

As Callamard notes, to date there is a refusal on the part of courts of jurisdiction to provide oversight regarding extra-territorial killings by armed drones, noting that “such matters are political, or relate to international relations between states and thus are non-justiciable.” Callamard rejects this excuse, noting that it “cannot be reconciled with recognized principles of international law, treaties, conventions, and protocols, and violates the rights to life and to a remedy.”

Callamard says that the US, in justifying the assassination of Qassem Soleimani, cites the self-defense clause of Article 51 of the UN Charter. But, as she points out, “even the legality of a strike under Art. 51 of the UN Charter does not preclude its wrongfulness under humanitarian or human rights law.”

International jurisprudence, as Callamard observes, suggests that self-defense could only be invoked against a threat that is already there. Void of such an imminent threat, the US action operates in violation of Article 6 of the International Covenant on Civil and Political Rights (ICCPR), which prohibits “arbitrary deprivations of life.”

At the end of the day, however, the Special Rapporteur’s report is, for all practicalities and solid reasoning, an exercise in frustration and irrelevance.

For laws to have any effect, they must be enforceable, and to be enforceable there must be jurisdiction. To decide that the US, through its extrajudicial and extraterritorial assassination of Soleimani, was in violation of Article 6 of the ICCPR is one thing; turning that decision into anything other than an act of moralistic chest-thumping is another.

One would think it should not be this way. After all, Article VI, paragraph 2 of the US Constitution makes treaties the supreme law of the land on the same footing with acts of Congress. The US Senate provided its advice and consent to the ratification of the International Covenant on Civil and Political Rights, which had been adopted by the United Nations General Assembly on December 16, 1966, and signed on behalf of the US on October 5, 1977. Simply put, Article 6 of the ICCPR is the law of the land.

Not so fast. Senate ratification was contingent upon a number of “Reservations, Understandings, Declarations and Proviso,” including one which declared that “the United States declares that the provisions of Articles 1 through 27 of the Covenant are not self-executing.”

As such, regardless of whether issues pertaining to the entry into and ratification of the ICCPR make it sufficient to imbue its provisions as the “law of the land,” the fact that the US Senate expressly indicated that certain provisions of the ICCPR not to be self-executing means that Article 6 of the ICCPR cannot be seen as standing alone as the equivalent to an act of the legislature, but rather requiring a subsequent act of Congress before its provisions can be put into effect.

As the US Supreme Court once observed, “A treaty is primarily a compact between independent nations. It depends for the enforcement of its provisions on the interest and the honor of the governments which are parties of it.”

The odds of the US Congress stepping up and enacting legislation that would confer legitimacy to the Special Rapporteur’s finding that the US acted in violation of Article 6 of the ICCPR when killing Soleimani are zero; it is not in the interest of Congress to do so, and anyone searching for a semblance of honor within Congress would have better odds canvassing a brothel.

International law, like the Constitution which imbues it with relevance as far as the US is concerned, only possesses the meaning and legitimacy that a society is willing to vest in it. The US, acting on legislation passed by Congress, has engaged in a whittling away of the rights and protections afforded to Americans and world citizens to the point that neither international law nor the Constitution have much meaning anymore.

It is not just the US Congress that has lost its voice when it comes to expressing moral outrage against the murder done in its name. “To date drones’ attacks and targeted killings are not the object of robust international debates and review,” Callamard concludes in her report. “The Security Council is missing in action; the international community, willingly or not, stands largely silent. That is not acceptable.”

Seen in this light, the words of Callamard take on a whole new level of urgency. “[T]he targeted killing of General Soleimani, coming in the wake of 20 years of distortions of international law, and repeated massive violations of humanitarian law, is not just a slippery slope. It is a cliff.”

0 thoughts on “The UN has found that the US killing of Qassem Soleimani broke international law. It’s right, but nothing will happen as a result”