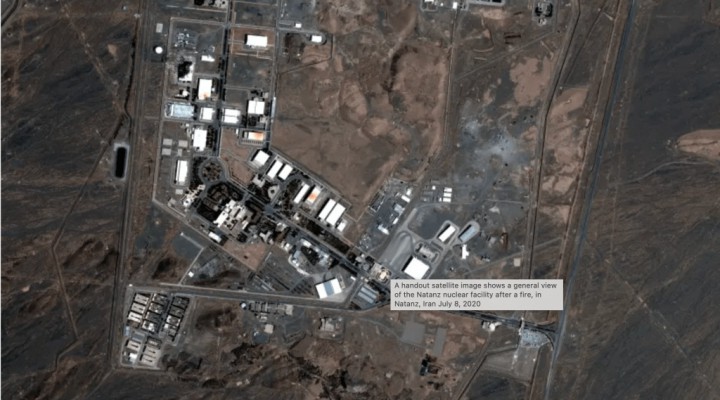 Many Middle Eastern countries believe that present set of conflicts in Syria, Iraq, Yemen, Palestine and Lebanon could be solved were the US and Iran to sit around the negotiation table, even though Saudi Arabia and Israel would prefer war on Iran in order to cripple its military and economic capabilities.

The US “maximum pressure” campaign against Iran, the harshest sanctions any country in the world is suffering from, did not manage to force Iran to  submit to the US diktat, neither to reduce Iran’s missile programme, nor to modify its support for its powerful Middle Eastern allies.

Therefore, only war, from the point of view of the Saudis and Israel, would break the bond between Iran and its partners (Hamas, the Palestinian Islamic Jihad, Hezbollah, the Syrian President Bashar al-Assad, numerous brigades within Hashd al-Shaabi and the Iraqi resistance, and the Houthis in Yemen). However, war on Iran is not a rational option for the US due to the high costs such a war would incur. Iran and its allies have attained an advanced armament capability, and Tehran is moving towards a more advanced nuclear capacity. Does Iran have enough cards to put on the table to force early negotiations with the US President-elect Joe Biden and avoid any delay in lifting the harsh sanctions?

Iran’s Resident Representative to the International Atomic Energy Association ambassador Kazem Gharibabadi acknowledged that his country had bypassed the framework of the 2015-US unlawfully violated “nuclear deal”, also known as the Joint Comprehensive Plan of Action (JCPOA) that allows uranium enrichment only with first-generation IR-1 machines. The UN nuclear weapons inspectorate was allowed to inspect the Natanz underground Fuel Enrichment Plant (FEP) to find out that Tehran had tripled its stockpile by feeding uranium hexafluoride (UF6) gas feedstock into a cascade of 174 advanced uranium enriched centrifuges IR-2m.

Iran’s foreign minister Jawad Zarif explained his country’s plan: “If the US meets its obligations under the UN security council resolution 2231, we will fulfill ours under the JCPOA.”

“We decided to boycott any negotiation with the current administration (of Donald Trump) before the US presidential elections. Trump not only violated the nuclear deal and imposed maximum economic pressure on Iran but assassinated Brigadier General Qassem Soleimani. This unlawful criminal act shut the door on any possible dialogue. Iran’s continuing breach of the nuclear limits established by the JCPOA treaty now depends on the reactions of the new US administration led by Joe Biden. In the meantime, we move slowly but steadily towards increasing our capacity up to 20% enriched uranium grade. If the US wants to negotiate, its leader knows from where to start: respect the JCPOA first, then we talk”, said a decision-maker in Tehran.

Iran has no intention of hiding the increase in its nuclear capability. It has no intention of negotiating under the pressure of maximum sanctions and is gathering enough strong cards to sit at the table if Biden is willing to return to the agreement signed by Obama and the five permanent members of the UN, including Germany. If sanctions continue and the JCPOA is not restored , Iran has the necessary determination to reach 90% enriched uranium capability, known as “weapons-grade level”.

President Trump did not negotiate with Iran but rejected the nuclear deal out of hand, imposed sanctions and later invited Iran to talk, thinking he had the upper hand and that Iran could only follow suit, humiliated. Notwithstanding eight attempts, Trump failed to get a positive reply from any Iranian official: no one wanted to engage in dialogue with the current US administration whose leader has rebuffed an internationally recognised agreement and lost all credibility.

The Iranian officials did not sit idly by while Trump inflicted maximum pressure. Iran signed a $400 billion deal in partnership with China over 25 years to improve Iran’s military, security, communication, telecom, transport and energy capabilities. The development of the Chabahar-Zahedan railways and Bander-e-Jask and Chabahar ports (on the Gulf of Oman) in the south-eastern Sistan-Baluchestan province allowed China to gain a foothold in these strategic ports in exchange for President Xi Jinping accessing Iran’s oil and gas resources. Chabahar port is not only spared the US maximum sanctions due to its humanitarian hub to Afghanistan, but acts as an alternative to bypass Bandar Bushehr, on the Strait of Hormuz, as a second path to export oil in case of a US-Iran war. Iran was expecting Trump to be re-elected and was convinced of the high possibility of war with the US with four more years of Trump in the presidency. Iran’s allies in Lebanon, Syria and Iraq were also ready to do battle with the US and Israel if ever the US attacked Iran, since these form one alliance: the “Axis of the Resistance”.

Iran would very much like to see the US sanctions lifted but, at the same time, it doesn’t see the need to renegotiate an already negotiated nuclear deal. Tehran has no intention to include any other new elements in the 2015 nuclear deal because its alternative is already in place. Iran is waiting for the West to abide by its commitments. Iran’s path towards the 20% enrichment and beyond has already raised the alarm in Israel, Europe and the US because it brings Iran up to the prior 2015 enrichment level and closer to the full circle of enrichment. This is why Iran feels more potent than ever after consolidating its new doctrine towards the East, mainly with the two superpower countries: China and Russia. It is slowly but consistently improving its ballistic and precision medium and long-range missiles and is on track for developed nuclear capability.

0 thoughts on “Can Iran convince Biden to resolve the nuclear deal? (2)”