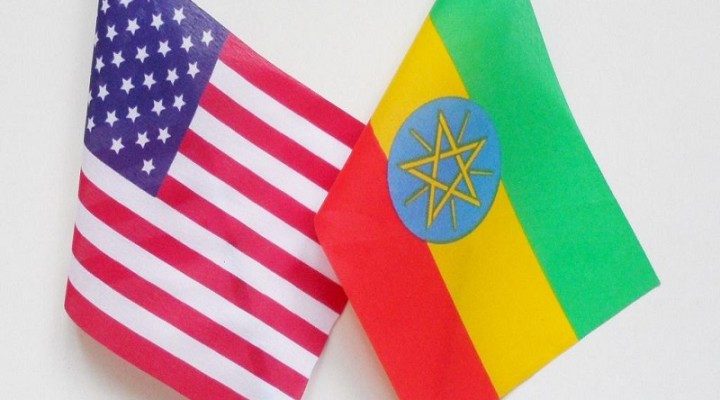 ‘Humanitarian imperialism’, information warfare, and the weaponization of economic and financial instruments are the means to this end.

The US and Ethiopia have been allies for years but the former risks turning the latter into an enemy with its latest provocations. Not only did US President Joe Biden ignore Ethiopian Prime Minister Abiy Ahmed’s public appeal to stop his Hybrid War on the Horn of Africa nation, but his government has also criticized Ethiopia’s for its decision to expel 7 UN officials who it accused of supporting the Tigray People’s Liberation Front (TPLF) that Addis Ababa considers to be terrorists.

Making matters worse, there are fears that the US might revoke Ethiopia’s duty-free access to its market through the Africa Growth and Opportunity Act (AGOA). On top of that, a Facebook whistleblower testified that the platform fanned ethnic violence in Ethiopia, which can be interpreted as a euphemism in support of the US’ false claims that the government is carrying out ethnic cleansing in the Tigray Region. Right afterwards, CNN then reported that Ethiopian Airlines illegally smuggled arms from neighboring Eritrea for use in that conflict.

The impression that any objective observer is left with is that the US is intensifying its ongoing Hybrid War on Ethiopia. Washington wants Addis Ababa to make unilateral political concessions towards the TPLF in exchange for pressure relief, but this would actually be in advance of the US’ envisioned end game of either eventually carrying out regime change there or “Balkanizing” the country. “Humanitarian imperialism”, information warfare, and the weaponization of economic and financial instruments are the means to this end.

The latest provocations are intended to worsen the situation in Ethiopia. Should the country have its AGOA access revoked, the economy might suffer. This could in turn push increasingly desperate people into violently rioting against their government or even being misled by terrorists such as the TPLF into taking up arms against it. In other words, the US hopes to trigger more unrest in that targeted country through these indirect means, all in order to advance its TPLF ally’s political objectives.

The second provocation regarding Facebook is intended to push the case for more stringent censorship on that platform, particularly in this context against those who raise the truth about what’s happening in Ethiopia. Since the US government accuses its Ethiopian counterpart of carrying out ethnic cleansing there, anyone who debunks this claim with facts might have their account restricted or even possibly banned if Washington gets its way. This is meant to control the narrative, which also helps the TPLF.

The last provocation could set the basis for imposing sanctions against Ethiopian Airlines. Not only would that harm Ethiopians’ prestige, but it could also result in heavy costs against the company. It’s unclear exactly how this would work in practice but there should be little doubt that the US is building up the case for that scenario through its CNN proxy. Those countries that support the TPLF might ban Ethiopian Airlines from flying through their airspace on so-called “humanitarian pretexts” in “protest” of its alleged arms smuggling.

All of these latest provocations, be they individual but especially altogether, run the risk of turning Ethiopia into an enemy. This is counterproductive for America’s objective national interests since there isn’t any reasonable explanation for why it’s backstabbing its ally like this. Prime Minister Abiy warned in his public letter to President Biden last month that this might be due to the influence of the TPLF and its allied lobbyists, but it might also be the result of the US’ obsessive zero-sum outlook on its New Cold War with China.

China is Ethiopia’s top developmental partner but it isn’t that country’s exclusive one. American and others are also very important for its economy. Prime Minister Abiy has also been liberalizing everything since taking office and thus opening up more foreign investment opportunities for all. Nevertheless, just like the US has pressured other countries to curtail their ties with China if not outright cut them off completely, so too might it be attempting to push this policy upon Ethiopia, albeit in a much more extreme way.

Instead of accepting that the US and China can engage in a friendly economic competition with one another in Ethiopia that would ultimately benefit that country’s people, the neoconservative faction of the US’ permanent military, intelligence, and diplomatic bureaucracies (“deep state”) appears to have convinced decision makers that this mutually beneficial scenario is impossible. That would explain why the US is going all out to punish Ethiopia for not submitting to its “ally’s” demands to drastically curtail or outright cut off its ties with China.

These said demands haven’t always been communicated publicly but can be very strongly implied considering how the US has conducted its foreign policy ever since the time of former US President Donald Trump. His former Assistant Secretary of State for African Africans who also served as Ambassador to Ethiopia under Presidents Clinton and Bush Jr., Tibor Nagy, recently tweeted the following:

“China’s aggressive flying aircraft over Taiwan should be an alarm for Africa. Country Bullies are more dangerous than people bullies. Beware of their hegemonistic arrogance. Africa is 21st century’s treasure house – and should benefit Africans.”

The author of this present article responded to him in the following way:

“Says a former American official whose country sanctions #Ethiopia for its #WarOnTerror against the #TPLF You’re right though, country bullies are more dangerous than people bullies, but it’s the #US that #Africa has to fear, not #China. Beware of US hegemonic arrogance!”

Mr. Nagy very clearly wanted to fearmonger about China among his large number of African followers, including those from Ethiopia where he formerly served. He was presumably tweeting in a private capacity, but considering that he was an official up until January of this year, it can be intuited that he accurately represents the line of thinking that’s dominating the US’ policymaking towards the continent and especially Ethiopia.

What’s so ironic about his manipulative messaging is that it’s actually the US which does exactly what it falsely claims that China’s doing. Specifically, this refers to the US’ weaponization of economic and financial instruments as proven by its sanctions against Ethiopia (both existing and potential) as well as its threatened revocation of the country’s AGOA access. If the US doesn’t change its counterproductive policy course soon, it’ll turn Ethiopia into an enemy and push it into the arms of America’s Chinese rival.