HOME / WORLD / Egypt and Ethiopia: the risk of war is serious 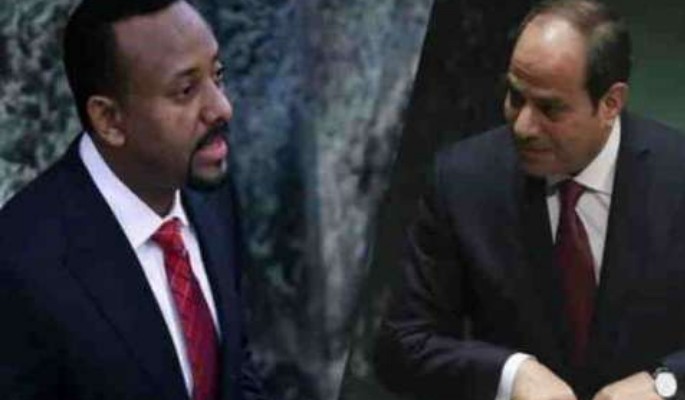 The West shrugs off the crisis over the Renaissance Dam, but for Egypt it is existential

The meeting of Arab foreign ministers that convened in Doha on Tuesday to discuss the crisis over Ethiopia’s Renaissance Dam was a disappointment. It failed to rise to the level of the threat the scheme poses to downstream Egypt and Sudan after the failure, due to Ethiopian intransigence, of ten years of efforts to negotiate a solution.

The only thing this ‘emergency’ and ‘extraordinary’ meeting managed to achieve was issue a call to the UN Security Council to meet to discuss the dispute.

What can the Security Council be expected to do to end Ethiopia’s intransigence? Even if it issued an anodyne statement of condemnation, how would that help Egypt and Sudan, facing an imminent threat to their water supplies and the livelihoods of tens of millions of their people? The mighty US, with the backing of the IMF, couldn’t commit Ethiopia to the recommendations it made after the intensive three-party mediation talks it led under the Trump Administration. So how could the Security Council succeed where the world’s most powerful state, a friend of Ethiopia, failed? Even if it issued a resolution on the subject, would it fare any better than the UN’s many previous unimplemented resolutions upholding Arab and Palestinian rights?

Egypt approached the Security Council as a complainant, backing its case with a host of supporting documents. It was ignored, despite the real and present threat to international peace and security: the collapse of negotiation efforts could give way to the military option, triggering a war whose destructive consequences would spread from the three countries to all of Africa.

Those same Arab foreign ministers attending the emergency meeting were responsible for lighting the fuse of war in Syria. They expelled the country from their Arab League and their governments spent billions of dollars trying to destroy it. Earlier, they legitimised the NATO intervention in Libya that turned it into a failed state. They did the same to Iraq. Yet in the case of non-Arab Ethiopia, they didn’t even withdraw ambassadors from Addis Ababa in protest at its behaviour, let alone offer Egypt their financial and military resources to counter this existential threat – which looms ever larger as the second phase of the filling of the dam’s reservoir begins next month.

The blame does not only lie with these back-stabbing Arab governments. The Egyptian government is also to be blame for letting them off lightly and turning a blind eye to the active collusion of some of them with Ethiopia: to the extent of pumping billions of dollars into the Ethiopian economy and projects directly related to the dam.

The only thing that could restrain and deter Ethiopia would be a strong and all-encompassing united Arab stand in support of Egypt and Sudan. Innocuous gestures can only encourage further Ethiopian intransigence and imperil more people in the two downstream Arab countries.

We Arabs have turned ourselves into easy prey. Everyone thinks they can kick us around and rub our noses into the ground with impunity. The Ethiopian irrigation ministry just announced the building of a new dam on the Didessa river, a tributary of the Blue Nile, to add to eleven existing ones and as a prelude to building up to 100 more as part of ‘development plans’. Nothing could make clearer that Ethiopian Prime Minister Abiy Ahmed has no regard, understanding or respect for the Arab world and its concerns.

He seems to have been convinced from the outset that Egypt, Sudan and the Arab governments would never go to war but keep banking on mediators to find peaceful solutions. He felt free to press ahead not just with building the dam and filling its reservoirs, but even threatening to make Egypt and Sudan pay for any Nile waters they receive in future. As his foreign ministry spokesman put it: the Arabs sell us oil, so why shouldn’t we sell them water?

Egypt fought four wars against Israel in defence of its territory and security, and will not flinch from fighting another to protect its water if necessary. Its military is perfectly capable of destroying the Renaissance Dam should it come to that. And if that were ever to happen, it would be assured of widespread Arab support (from peoples rather than governments).

If world powers don’t wake up to the gravity of this issue, things could get to that point sooner than they realise.

One thought on “Egypt and Ethiopia: the risk of war is serious”