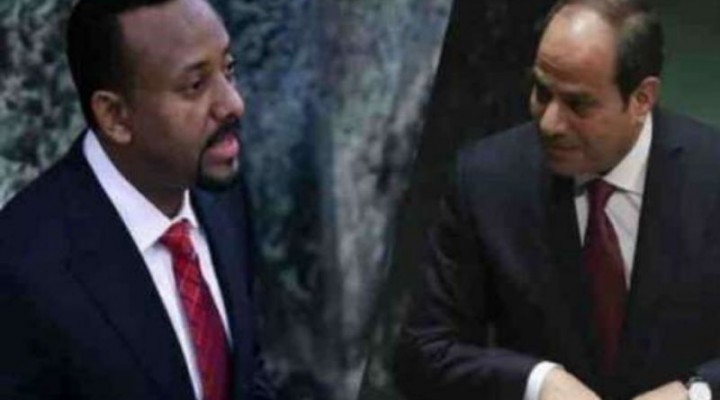 A military solution to the Renaissance Dam dispute may become unavoidable

On Sunday, engineers at Sudan’s Roseires Dam reported that the flow of water to it along the Blue Nile had declined by up to fifty percent. This means that the second stage of the filling of the reservoir behind Ethiopia’s Renaissance Dam (GERD), which began last month, is already having a serious effect on downstream Sudan and Egypt. No new negotiations to resolve the crisis are expected after the failure of all previous mediation efforts.

Some voices have been raised in Egypt – by the likes of former president Hosni Mubarak’s information chief Mostafa al-Fekki – urging the country to turn to Israel to use its influence to broker a solution to the dispute. Fekki argued that if Israel could be persuaded to support Egypt’s case it would be able to change the positions of the US and Russia because of the clout it wields over them.

This is misguided in the extreme. Israel Radio’s Middle East analyst recently explained that the reason the Israeli government had declined to mediate between Egypt and Ethiopia, despite its close ties with both governments, was because it was in its interest for the crisis to persist and escalate.

Israel has been complicit all along with Ethiopia and its prime minister, Abiy Ahmed, in building the dam, filling its reservoir and protecting it. It leaves no stone unturned in every corner of the earth to advance its strategic goal of weakening Egypt and preventing it from regaining its former leadership role in the Arab world and the wider region. The Ethiopian premier has foiled all mediation efforts, including by the US and the African Union. Why should anyone expect Israel to fare better?

Egypt and Sudan went to the UN Security Council appealing for its intervention to prevent the crisis from degenerating into war. But that had zero impact. The Security Council washed its hands of the issue. It decided it was not competent to deal with it and referred it back to the African Union. There has been no positive sign of progress since.

The current deadlock serves Ethiopia and its policy of trying to impose a fait accompli: pressing ahead unilaterally with filling the reservoir with no regard for the interests of the downstream states. This is already causing water shortages and could eventually mean starvation for millions of Sudanese and Egyptian farming families.

This may have dramatic consequences in the weeks ahead. Egypt and Sudan have always insisted they do not want to have to resort to a military solution. But analysts increasingly think that could soon become unavoidable.

0 thoughts on “Is a Nile water war looming?”