HOME / WORLD / Is Foreign Meddling In Ethiopia Actually A Proxy War Against China? 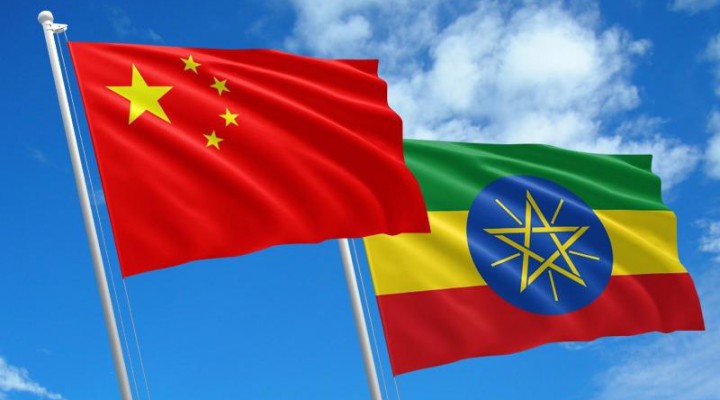 The US, its Western allies, and the Arab League must stop meddling in Ethiopia’s internal affairs and the GERD issue should be resolved via African Union-led talks, not the UNSC.

Africa’s second most populous country of Ethiopia has recently experienced a surge in foreign meddling over the past year. This former kingdom, which was among the world’s oldest prior to its 1974 revolution, has always proudly defended its independence. Emperor Menelik II defeated the Italians in 1896 and secured his compatriots’ independence during the height of European colonialism. One of his successors, Emperor Haile Selassie, promoted the Ethiopian cause at the League of Nations after Italy’s fascist invasion in the run-up to World War II. His efforts generated global sympathy for Ethiopia and etched its struggle in the minds of many.

In the present day, Prime Minister Abiy Ahmed is following in the tradition of his predecessors by standing firm against the latest foreign meddling campaigns that once again threaten Ethiopia’s independence. The most pressing is the American-led Western pressure against him following his decision to commence a law enforcement operation in the rebellious Tirgray Region last November. To oversimplify a complex situation, the Tigray People’s Liberation Front (TPLF) – previously the most powerful member of Ethiopia’s former ruling coalition – broke with PM Abiy, launched a separatist campaign, and was designated a terrorist group.

The TPLF was upset at the pace and scope and PM Abiy’s ambitious socio-economic reforms. They were also reportedly very unhappy with his success in ending Ethiopia’s nearly two-decade-long conflict with neighboring Eritrea which separated from the former in 1993 following a three-decade-long struggle. PM Abiy was awarded the Nobel Peace Prize in 2019 for ending this war. Although he began his rule by implying a vision of broader decentralization, PM Abiy ultimately had to recalibrate his policies due to the inadvertently centrifugal consequences thereof. This generated dissent among some of its diverse people that the TPLF then exploited.

The lingering conflict there has prompted US-led Western accusations of war crimes against the Ethiopian National Defense Force (ENDF), which in turn were the pretext for Washington to impose sanctions against several individuals allegedly linked to them. America is also leading the charge in warning about a supposedly impending famine in the Tigray Province that its perception managers strongly imply would be solely due to the ENDF. Furthermore, an airstrike in the region last month is reported to have caused many civilian casualties, thus leading to more US pressure. Addis Ababa described all of this as an “orchestrated attack” against Ethiopia.

Concurrent with this is another meddling campaign led by Egypt through the Arab League. Cairo accuses Addis Ababa of weaponizing the Nile River due to its plans to fill the Grand Ethiopian Renaissance Dam (GERD). The North African state recently succeeded in getting the Arab League to call on the UNSC to intervene in this dispute. Ethiopia, meanwhile, believes that only an African Union-led resolution is acceptable. China also supports this proposal, and Foreign Minister Wang Yi said earlier this month that his country opposes foreign interference in Ethiopia’s internal affairs.

The recent surge in foreign meddling there might be part of a proxy war against Chinese interests in Africa. Ethiopia’s developmental paradigm was powerfully influenced by China’s after the end of the former’s civil war in 1991. China is Ethiopia’s top trade and investment partner. The People’s Republic also helped construct the Addis Ababa-Djibouti Railway, which serves as the Belt & Road Initiative’s (BRI) flagship project in the Horn of Africa. Prior to the COVID-19 pandemic, Ethiopia was Africa’s fastest-growing economy. The Chinese-Ethiopian Strategic Partnership is mutually beneficial and serves as a shining example of South-South cooperation.

Foreign meddling aims to undermine this partnership and could potentially result in Ethiopia’s disastrous “Balkanization” in the worst-case scenario. This makes Ethiopia the latest victim of Hybrid War, and the stakes couldn’t be higher considering that it’s Africa’s second most populous country. Nevertheless, just as it’s historically done, Ethiopia is standing strong against the latest foreign pressure. The US, its Western allies, and the Arab League must stop meddling in Ethiopia’s internal affairs and the GERD issue should be resolved via African Union-led talks, not the UNSC. No matter what happens, Ethiopia can always count on China’s support.

0 thoughts on “Is Foreign Meddling In Ethiopia Actually A Proxy War Against China?”