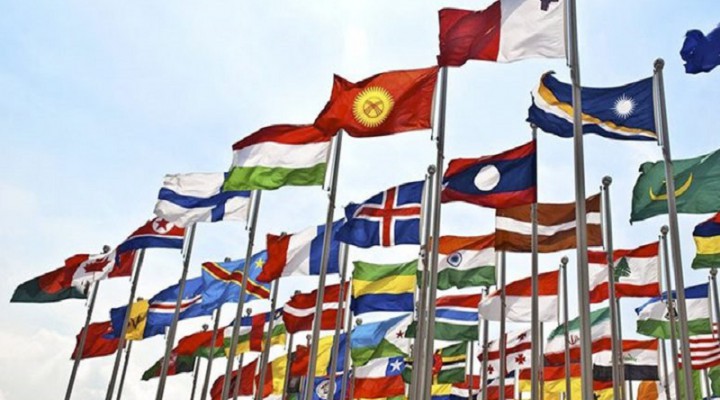 Russian Foreign Minister Sergey Lavrov’s latest virtual speech to the UN reminded the world about the importance of legitimate multilateralism and sharply condemned the West’s aggressive efforts to impose their so-called “rules” upon all others on that pretext despite their standards being contrary to the UN Charter.

Russian Foreign Minister Sergey Lavrov is arguably the world’s most renowned diplomat in recent memory, so it’s therefore worthwhile to listen to this world-class professional whenever he addresses the international community. He gave a virtual speech to the UN earlier this month where he reminded everyone about the importance of legitimate multilateralism and sharply condemned the West’s aggressive efforts to impose their so-called “rules” upon all others despite their standards being contrary to the UN Charter. What follows is a bullet point summary of his speech paraphrasing his main points and backing them up with the actual words that he said to those ends. The article will then conclude with some general observations about the grand strategic vision of Russian foreign policy in the emerging Multipolar World Order.

* The COVID-19 Crisis Is Unpredictable, But Mass Vaccination Is Gradually Improving The Situation

“It is difficult to predict the long-term or deferred consequences of the crisis, although we can see some positive trends thanks to the massive deployment of coronavirus vaccines.”

“The pandemic broke out in a world that was already far from perfect. In recent years, we have seen growing international tensions, as well as escalating regional conflicts and cross-border challenges and threats. The entire architecture of global governance created after the Second World War is being tested.”

* Nevertheless, The UN Must Remain The Platform For Managing The Emerging World Order

“The United Nations must serve as the key platform for coordinating efforts: it is the backbone of the modern global order, where all independent states are represented. Today, its unique legitimacy and unique capabilities are especially needed.”

“Realising that it is impossible to impose their unilateral or bloc priorities on other states within the framework of the UN, the leading Western countries have tried to reverse the process of forming a polycentric world and slow down the course of history.”

“The West’s goal is to oppose the collective efforts of all members of the world community with other rules developed in closed, non-inclusive formats, and then imposed on everyone else.”

“The well-known idea to convene a Summit for Democracy proposed by the US Administration is in the same vein…Another initiative with the goal of global leadership that bypasses the UN is the French and German idea to create an Alliance for Multilateralism.”

“The establishment of a new club based on interests, with a clearly ideological nature, has the potential to further inflame international tensions and deepen dividing lines in a world that needs a unifying agenda more than ever…The EU does not think [it’s presumptuous] and declares its own exceptionalism despite all its invocations of equality and brotherhood.”

* For All Its Talk About Democracy, The West Eschews Any Genuine Discussion Of It With Russia

“By the way, as soon as we suggest discussing the current state of democracy not just within states but on the international stage with our Western colleagues, they lose interest in the conversation.”

“This also reveals the West’s true attitude toward multilateralism and the UN, which they do not regard as a universal format for developing solutions acceptable to everyone, but in the context of their claims to superiority over everyone else, who must accept what is required of them.”

“Another example of the dictatorial methods introduced by the West is the practice of imposing unilateral sanctions without any international and legal grounds, with the sole purpose of punishing ‘undesirable regimes’ or sidelining competitors…We believe such efforts to impose totalitarianism in global affairs to be unacceptable, yet we see it more and more from our Western colleagues, above all the United States, the European Union and other allies, who reject all principles of democracy and multilateralism on the global stage.”

“It is striking that Western leaders, while openly undermining international law, do not hesitate to argue that the main task of world politics should be to counter the attempts of Russia and China to ‘change the rules-based order.’”

“I am convinced that the time has come to do away with medieval and colonial habits and recognise the reality of today’s interconnected and interdependent world.”

“The permanent members of the UN Security Council are called on to play a key role in fostering open and direct dialogue about the most pressing problems of our time. According to the UN Charter, they bear special responsibility for maintaining international peace and security. President of Russia Vladimir Putin proposed convening a summit with the leaders of the five permanent members. We hope to make this idea a reality once the epidemiological situation in the world stabilises.”

World War C, the full-spectrum paradigm-changing processes that were catalyzed by the world’s uncoordinated attempts to contain COVID-19, continues to ravaged International Relations over 15 months after it first began. An elementary understanding of Chaos Theory, which teaches that initial conditions disproportionately influence the course and outcome of complex processes such as this one, can help with predicting what might come next. As Lavrov compellingly articulated during his virtual speech to the UN, the West sought to exploit this chaos for the purpose of reversing polycentric processes in International Relations so as to indefinitely cling to its fading unipolar hegemony. It’s unclear whether or not the West will succeed, but there’s no doubt that Russia and China will do their utmost to stop them in order to ensure a more equitable world order for all.