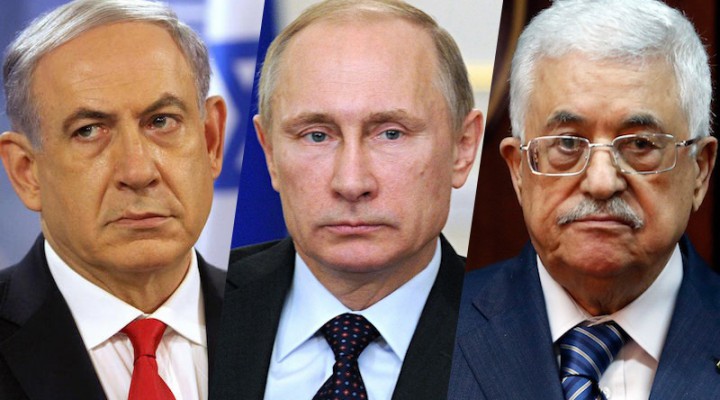 Russia’s perfectly balanced approach might not win it plaudits from either side, but it’s nevertheless the most pragmatic stance that any foreign party could take if they desire to maintain equally excellent relations with all players in West Asia.

The “Israeli”-Palestinian conflict is a very emotive one draped in ethno-religious and national liberation dimensions that further intensify the sentiments surrounding this issue. It’s therefore understandable that the latest violence further polarized the world. The exception to this observation is interestingly Russia’s stance towards the conflict since Moscow has done its utmost to maintain a perfectly balanced approach unlike practically every other foreign party. It condemns “Israeli” settlements for violating international law but simultaneously supports “Israel’s” right to exist within its pre-167 borders per relevant UN Resolutions. The Eurasian Great Power also wants both sides to stop targeting civilians, which lends credence to each of their claims against the other. This approach might not win it plaudits from either side, but it’s the most pragmatic one that any state could take if they desire to maintain equally excellent relations with all players in West Asia.

In the contemporary era of uncontrollable polarization made all the worse by the unpredictable global systemic consequences of the COVID-19 pandemic, it’s refreshing that a leading country like Russia is taking such a neutral position towards an issue as important as the “Israeli”-Palestinian one. Nevertheless, some critics claim that this stance supports “Israel’s” by default since Moscow doesn’t ever impose any meaningful consequences upon Tel Aviv for its violation of international law. That argument is compelling to a large extent and probably comes off as a surprise to many of the country’s supporters who wrongly thought that it maintains its Soviet-era policy of proudly supporting the Palestinians no matter what. That hasn’t been the case for decades but some forces in the Alt-Media Community dishonestly misportrayed its policy for self-serving reasons related to either ego, ideology, and/or profit (i.e. boosting ad revenue through clickbait and/or soliciting more donations).

The fact of the matter is that while Russia officially deplores “Israel’s” treatment of the Palestinians in the Occupied Territories, it won’t do anything other than remind the world of this problem from time to time out of fear of risking its newfound de facto strategic partnership with the self-professed “Jewish State”. Furthermore, much to the consternation of some of its Muslim supporters, Russia is also vehemently against attempts to discredit “Israel’s” existence since these run counter to UN Resolutions. All that Russia would ideally like to see is a two-state solution in line with international law, but it’s equally against both “Israel’s” erasure from the map like some have advocated for and the self-professed “Jewish State’s” indefinite occupation of the Palestinian territories that it illegally seized after 1967. Just like it won’t take meaningful action against “Israel”, however, it also won’t do the same against the Palestinians either, which is fair enough from its perspective.

This means that Russia’s role is largely rhetorical when it comes to this emotive issue except with respect to its sincere efforts to organize another round of peace talks aimed at facilitating a compromise solution to this long-standing dilemma. There might not be much more that Russia could actually do other than host a neutral meeting place for the warring parties and other relevant stakeholders like the rest of the Mideast Quartet (US, EU, and UN) to further discuss their differences. One might argue that Russia would have more to gain by decisively taking one side over the other, but that perspective doesn’t take into account the country’s 21st-century grand strategy of becoming the supreme balancing force to Eurasia, to which end it must absolutely abide by international law and present itself as the least partisan force possible. This position is expected to improve Russia’s influence with both parties without sacrificing ties with one or the other.

Most countries aren’t strong enough to practice such a policy since they’d rather have the benefits that come with supporting one of these rivals. In the case of those who support “Israel”, this is obviously cooperation with its world-class business community (especially in the agricultural and technological spheres nowadays), while Palestine’s supporters expect a major soft power boost by remaining loyal to the principles of international law. That’s not to say that Russia is against international law by not supporting Palestine over “Israel”, but just that global sympathy is clearly on the side of the Palestinians whose cause is more closely associated with this concept due to “Israel’s” ongoing occupation of their territories since 1967. Many Palestinian supporters also believe that “Israel’s” very existence is illegitimate, though while that’s their right to think so, it nevertheless goes against international law and risks discrediting their principled support thereof when it comes to Palestine.

“Israel”, Palestine, and their respective supporters of course wish that Russia would openly take one of their sides, but the Kremlin is reluctant to do so since it believes that such a decision would sacrifice its strategic flexibility. The Eurasian Great Power wants to continue cultivating relations with both parties, which it wouldn’t be able to do if it supported one over the other. Neither is likely happy with this pragmatic stance, but since it technically doesn’t go against either of them despite claims to the contrary considering its strict adherence to international law, Russia’s ties with both of them won’t suffer as a result. To the contrary, they’re expected to continue improving. Russia might be criticized by “Israel” for “flirting with Muslim extremists” while the Palestinians might criticize it for “implicitly supporting Zionism”, but they won’t impose any meaningful costs against it just like Russia won’t impose the same against them either. Russia’s balancing act will thus endure.