The Shackle of Western Non-meaningful Narrative 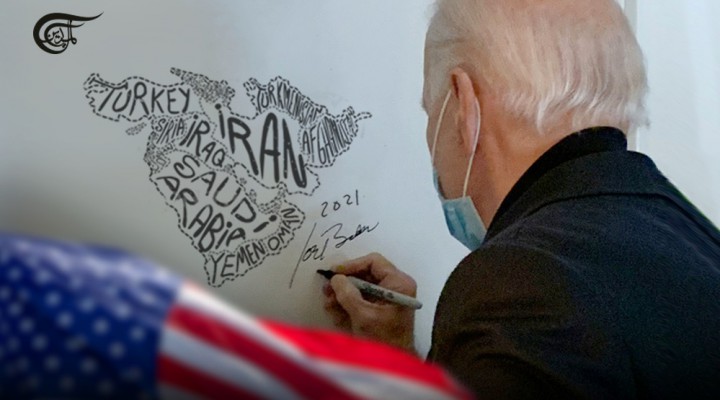 When the outgoing Israeli President met with Biden in the Oval Office last month, all the Global Establishment’s ‘trigger narratives’ were on display: The US enforced ‘global order’; the bolstering of the anti-Iranian Arab alliance; the boxing-in of Iran’s nuclear push; arresting Iran’s acceleration towards the weapons threshold – and Iran ‘will never reach a nuclear weapon device on ‘my’ (i.e. Biden’s) watch’.

It sounds as tough. It resonates at home, as the US leading the world ‘from the front’. It is, however, all just the loud clashing of cymbals – for Team Biden cannot, in fact, actuate any of these narratives. They remain as fantasies, which cannot be acted out in reality:  That is to say, they cannot be acted out without starting a major Middle East war – one that would threaten the very existence of ‘Israel’.

The global order has faltered, and its ‘values’ no longer compel emulation; Iran can no longer be forced into a ‘nuclear containment box’ – and just how would Biden ensure (without a major regional war) that there will be no Iranian ‘weapon’ on his watch?  It is the same with other regional boasts: The US will ‘kick-start’ a two-state solution for the Palestinians, and Assad must be held accountable for ‘killing his own people.’

How would Biden ensure a Palestinian State?  And, beyond turning Syria into a smoking desert – how will he force the Syrians to abandon their leader?

This goes to the crux of the Mid-East dilemma:  The region has transformed over the last four years; the world is striking off in new directions, yet none of this can be addressed – none of this truth is directly ‘looked in the eye’ in western discourse, because of the sanctity of these stale shibboleths.  And since it cannot be spoken of, or thought about critically in the West – the ability of the region to move forward is gravely attenuated.

Here is the problem: When the Establishment finally ousted Trump – and its ‘New Normal’ was proclaimed – we (the world) were already thoroughly befuddled through living a reality in which facts no longer mattered at all, where things that never happened, nonetheless took place officially. And other things that obviously happened, never happened – not officially, at least. It transpired the latter lacked a grounding in ‘science’, and therefore merited condemnation as far-Right extremism, or conspiracy theories; or fake news – or whatever – despite the fact that people knew that they weren’t fake. And they could see that.

Well, it is clear from Biden’s narrative, that ‘his masters’ do not at all, want to think through – or address – the new strategic realities of the Region.  They do not care for any searching examination of its’ new circumstance. They want, rather, to go in the opposite direction to epistemological purity. They seek to generate a lot of contradictory realities; that is not just contradictory ideologies, but mutually exclusive realities, which could not possibly simultaneously exist, and which of course serve only further to confuse people.

The aim is to ‘unvalue’ all remaining national values, untether national cohesion – for its logical objective is not to author a new ideology or narrative (it doesn’t need that); but, rather, to prolong a single global, mercantilist order.

Of course, even the White House still needs its ‘narrative’. But the point here – any Establishment narrative – is to draw a Maginot line, a defensive ideological boundary, between ‘the truth’ as defined by the ruling classes, and with that of any other ‘truth’, that contradicts their own narrative.

The credentialed ‘managerial classes’ (such as run Brussels and staff Congress), know that their worldly success is, in large part, attainable by their enthusiasm for official narratives.  And their collective hope is that the espousal of ‘correct narrative’ assures them an enduring safe space. On one side of this ‘Maginot Line’, then, there are safety and certain advancement; but on its obverse side, lie social and professional stigmatization, and the end to a career.

There lies the crux of it.  The Middle East, (in company with other regions), is held shackled by this cage of deliberately nonsensical narratives.  Until the meta-narrative of a global order, backed by US ‘muscle’ – and the subordinate narrative of a guaranteed Israeli ‘edge’ over the Muslim world, finally fractures, the region seems condemned to enduring crisis.

0 thoughts on “The Shackle of Western Non-meaningful Narrative”