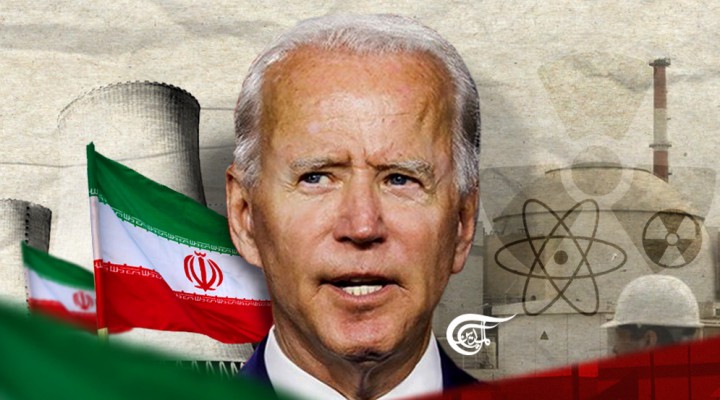 All of this resounding narrative issuing out of Washington may play well at home, to smother hawkish criticism there of Biden’s ‘weakness’, but essentially it is hollow.

When Biden warmly greeted his friend, the outgoing Israeli President to the Oval Office last Monday, he spoke for the first time about his ordering Sunday night’s US airstrikes on “Iran-backed militias” on the Syria-Iraq border. Biden told Reuven Rivlin emphatically: “What I can say to you is that Iran will never get a nuclear weapon on my watch,” calling the military strikes (the 2nd during his presidency) “a clear message” to Iran.

But what exactly is the message, given that Biden’s comments coincided with the mainstream US media that has been proclaiming that the Vienna nuclear talks are at a ‘breaking point’? Separately, over recent months, however, highly sensitive targets in Iraq and Syria – such as the precise hangars where CIA and US Special Forces base their Reaper attack drones in and around Iraq – have been attacked repeatedly – all done absent a single American casualty. These highly precise raids speak to new more sophisticated drones entering the strategic mix, against which the US has no effective defenses (the drones fly low, mixing with the birds). This is a big deal. Potentially, it puts the entire US footprint in Iraq in jeopardy. US Congress is becoming agitated at this upset to the balance of forces.

Were the US aggressions against two well-known Resistance movements then simply saying to Iran: ‘back off’? Or alternatively, were they intended – as a typical US flexing of muscle – to put pressure on Iran to make concessions in the Vienna nuclear talks? It is not clear; both maybe?

Whichever it is, it does not really matter, for killing Iraqi resistance members only fuels the PMU’s appetite to drive the US out of Iraq, and the American administration does zilch to stop these sophisticated drone attacks. And, if Biden’s retaliatory strikes were conceived to put pressure on Iran in Vienna, this won’t work either. The US is in a conundrum of its own making. It cannot solve it this way.

Team Biden wants the sensitive Iran nuclear issue pushed back to being ‘boxed-in’ by JCPOA surveillance, with onerous restrictions imposed, so that Washington might complete its long-aspired pivot to China. But to get there, America would have to forego all and any, sanctions that impede Iran’s trading with the world.

The Catch 22 for Biden – if he goes for it, will leave him with no coercive leverage by which he can compel Iran – against its wishes – to negotiate restrictions on its ballistic missile armory and its regional alliances. Clearly, Biden can’t do both at once. Compelling Iran to do what President-elect Raisi says will never happen. It means imposing sufficient pain to induce behavior change. And that would sink the Vienna talks. That is the US standing a clearly muddled, unconvincing logic.
So, what are we to make of Biden’s ‘never shall Iran achieve a nuclear weapon on my watch’ promise to “Israel”?

Well, this goes to the core of matters. The US does not seem to have assimilated the game-changing degree to which the strategic balance in the Middle East has altered. “Israel” and the US have lost the military ‘edge’ to smart cruise missiles and sophisticated drones that do genuinely ‘swarm’. These encircle US regional military bases – and surround “Israel”, too.

So, all of this resounding narrative issuing out of Washington may play well at home, to smother hawkish criticism of Biden’s ‘weakness’, but essentially it is hollow. Iran and its allies have established a deterrence that is – in its own way – more powerful than nukes, whose viability for use in the region is highly circumscribed. The cruise missiles are not so circumscribed: their use can be deniable, carefully calibrated, and highly effective.

How did the US arrive in such a corner? By believing its own propaganda. After the Putin summit, Biden responded to a question about Russian election interference, by saying: “Let’s get this straight: How would it be if the US were viewed by the rest of the world as interfering with others’ elections, and everybody knew it? What would it be like if we engaged in activities that he [Putin] is engaged in? It would diminish the standing of a country – desperately trying to maintain standing as a world power”.

America Leader of the Free World? How to Forget U.S. interference in Foreign Elections

0 thoughts on “Catch 22 in Vienna for Biden”