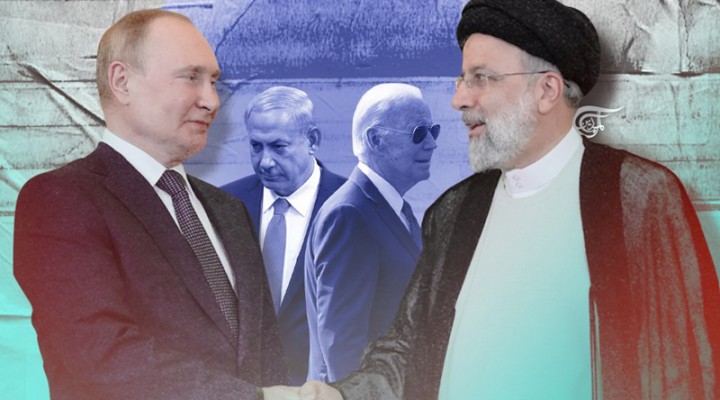 Western belligerency has left Iran no option but to go all in with Russia and the Eurasian Project.

We hear a lot of talk these days – especially from Washington – about tactical nukes — how the latter fears Russia might use them, (albeit a possibility ruled out by Moscow).

Yet, it may not be so widely known, but tactical nukes today are passé. How so? Well, we are not speaking here of strategic nukes, which are for deterrence and not use (otherwise = Armageddon).

Tactical nukes were earlier conceived as an option to make up for the lack (then) of precision missiles. Their importance was seen to lie with the large footprint of destruction created that made precision less relevant.

That was then. Today, however, states have highly precise weapons (accuracy within one metre or two). Use of Russia’s high-precision hypersonic Kinzhal missiles completely razed a deep weapons bunker and extensive training base in Ukraine, near the Polish border, last March — with no need for anything more. (The kinetic effect of the hypersonic strike effectively made them into bunker-busters, too.)

Now comes the news from last Thursday: Iran says that it has developed a hypersonic missile. General Hajizadeh said that Iran’s hypersonic ballistic missile can reach more than five times the speed of sound, and that very few countries in the world possess this capability. “It will be able to breach all present systems of anti-missile defence – stressing that no anti-air system has yet been developed by any foreign nation which can intercept them. This missile represents a great generational leap in the field of missiles”, the IRGC commander added.

A few days earlier, Iran also announced that it had launched a ballistic missile carrying a satellite into space. If so, Iran now has ballistic missiles capable of reaching not only “Israel, but Europe as well.

Simply put, Iran essentially already is a nuclear threshold state (but not a nuclear weapons state). The remarkable technical achievement of producing a hypersonic high-precision missile (which still eludes the US) is a paradigm-changer.

There are reports too, that Iran is about to receive 60 SU-35 aircraft, as just one part of Iran’s rapidly evolving relationship with Russia that was sealed this week with Russia’s Security Council Secretary, Patrushev’s, meeting with Ali Shamkhani, his Iranian opposite number in Tehran last week. The latter reportedly emphasised joint action over sanctions, together with strategic technical and economic co-operation.

President Raisi subsequently elaborated that Tehran and Moscow are upgrading relations to a “strategic” level, which is “the most decisive response to the policy of sanctions and destabilisation by the United States and its allies”.

In parallel, in the wake of the freezing of the JCPOA talks (whose prospects were always uncertain), the EU is effectively burning all bridges with Iran (promising yet more sanctions), and the US has been lashing out at Iran in a major psy-ops effort.

The western belligerency has left Iran no option but to go all in with Russia and the Eurasian Project.

The US is distinctly unhappy: Firstly, Iran will be exchanging its long sanctions-busting experience with Russia and co-operating jointly on the means to sanctions by-passes. And secondly, as Patrushev noted: “We note the key role of western secret services in organising mass riots in Iran – and the subsequent spread of disinformation about the situation in the country via Persian-language Western media existing under their control. We see this as overt interference in the internal affairs of a sovereign state”.

Well…Washington’s response to the Tehran statements ratcheted up to volume ‘eleven’: “This is a deepening alliance that the entire world should view as a profound threat…this is a relationship that would have implications – could have implications beyond any single country”, warned Ned Price, adding that Washington will work with allies “to counter Russian-Iranian military ties”.

And how then might this affect “Israel”?  A big headache —

The US won’t tolerate an Israeli effort to drag it into an Israeli-led military strike against Iran (especially in the light of the Democrats securing a majority in the Senate), so the question becomes: What Netanyahu might do, ‘going it alone’?

The US exit from the JCPOA, and its imposition of sanctions, have not worked, but rather achieved the exact opposite of the aims: Iran didn’t surrender, it became even more determined.

And there is little escaping the conclusion too, that “Israel’s” move to its operative phase — assassination of scientists, the sabotage of deliveries of critical equipment, cyberwarfare and bomb attacks — has failed, too.

Netanyahu thus lies tethered between the ‘rock’ of  Biden (for whom Netanyahu is far from being a favourite), and the ‘hard place’ of Moscow that has enough on its plate in Ukraine and will not want Netanyahu pursuing ‘adventures’ in the region.

It seems like Bibi will have to find other means than playing dangerous games with Iran to remove the legal sword of Damocles (his corruption trial in “Israel”) from dangling above his head. All threads that seem likely rather, to bind together to ‘Gulliverise’ him into inaction.

0 thoughts on “Russia Enlists Iran as its Force Multiplier”