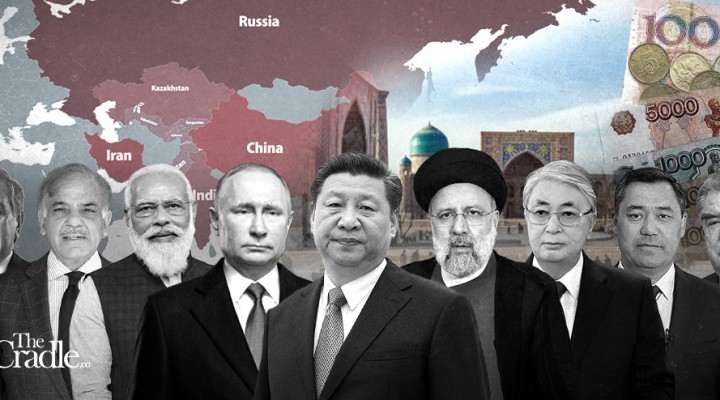 The organization is perceived negatively in the West, but this does not make it any less effective.

It is important to note that there are a number of other similar structures, such as the CSTO, whose strategic goals coincide with the SCO and whose activities overlap through state membership and zone of geopolitical responsibility.

Foreign observers were quick to focus on the summit, but few adequately embraced the event, as well as the transformation of the organisation itself. The German Institute for International and Security Affairs, which develops Germany’s foreign policy strategy, noted that “the most important function of the SCO has always been to ensure a balance of interests among its core members. This is more relevant than ever against the backdrop of ongoing geopolitical confrontations”.i

Indeed, Russia and China held somewhat different views on the SCO’s functions and significance. For China, the initial need was to establish peace and harmony around its borders, to resolve all contradictions with its neighbours and to win support on domestic security issues. Now Beijing is positioning itself as an important player in Eurasia, and under the One Belt, One Road initiative it wants to extend its influence into Central Asia and other regions. Central Asia is, however, Russia’s traditional sphere of influence. The SCO, in fact, is a stabilising structure for the interests of both powers and the Central Asian states themselves, who are happy with this format.

In the West, the meeting in Samarkand was perceived as yet another fact of the lack of isolation vis-à-vis Russia. However, it should be stressed that many of the heads of state who attended the summit have tense relations with the West, so the meeting was held in an atmosphere of criticism of Western policies in general and an emphasis on the importance of the SCO as an alternative model of governance in international relations.

Some NATO representatives fear that the SCO could turn into an anti-Western alliance that would become a kind of antithesis of Western hegemony, including displays of hard power. However, the value of the SCO was inherent in its non-aligned status, and this was emphasised by the head of Uzbekistan in the run-up to the summit. For this reason, the enlargement of the SCO to include countries such as Iran and potentially Turkey, as well as the Arab states, is an extremely attractive option for Central Asians. They see this as an opportunity to establish multilateral ties while staying within the organisation’s geopolitical umbrella. Each participant retains both its sovereignty and the added element of diversity. This, on the one hand, limits the ambitions of individual members, but, on the other hand, shows the difference from typical Western models, which are built on the rigid management and suppression of the will of subordinate members by the patron leader.

Let’s look at the typical mistakes made by Western experts with regard to the SCO. The US-based Institute for Foreign Policy Studies previously pointed out that the SCO was unlikely to become actively engaged in Afghanistan.ii They noted that the SCO could not fill the vacuum left by the US withdrawal because military interventions were not part of the organisation’s mandate. It was also pointed out that the SCO has so far not officially recognised the Taliban regime and has not invited them to the Dushanbe summit in mid-September 2021. Neither was the Taliban present at the last summit, although security in Afghanistan was one of the main topics on the agenda.iii On the other hand, several SCO states have direct contacts with the Taliban. Russia is actively engaged in talks on a number of fronts. Pakistan also has reliable mechanisms and channels of communication with the Taliban. It is clear that the SCO has decided not to apply pressure as they do in the West, but to find more delicate ways to work with Afghanistan. This also shows the difference in approach between Eastern and Western types of political projection.

Interestingly, Walter Russell Mead, a status expert on international relations and U.S. public policy, on the contrary, noted that amid other events, such as U.S. House Speaker Nancy Pelosi’s visit to Armenia and President Biden’s announcement that the United States would defend Taiwan with American troops if Beijing launched an invasion, “the most important news of the week did not come from Washington. It came from Uzbekistan’s Samarkand, the fabled Silk Road city where the eight countries that make up the Shanghai Cooperation Organization held their annual summit. “iv

Though his style of statement was quite emotive and full of aggressive narratives.

According to Asia Times, Mead’s main message seems to be twofold: firstly, “the balance of power in Eurasia is changing”, he claims, i.e. China’s support for its friend and fellow SCO member Russia is waning. To illustrate this, he draws a striking comparison between Presidents Xi and Putin on the one hand, and Hitler and Mussolini on the other. Secondly, he condemns the SCO with faint praise, noting that with the inclusion of India and Pakistan “the organisation has become more significant”; but then goes on to explain why the opposite is true: “Russia, China and Iran seek a new global system, but do not offer a positive agenda”.v

This contradiction is explained by the fact that a ‘positive agenda’ can be understood in different ways. The West and the East have different values, as well as different positions on the current world order. While the US is trying by all means to maintain unipolar hegemony, the SCO countries view the status quo as a continuation of neocolonialism and oppression with various forms of discrimination (racial exclusivity, economic enslavement, threats of force, etc.).

So why do political scientists of such high calibre make such mistakes and incorrect formulations? Mahammadbagher Forugh correctly points out that all the Western mainstream media and think tanks misrepresent the organisation. They tend to use terms such as “anti-Western”, “anti-American”, “anti-NATO”, “authoritarian bloc”, etc. to describe the SCO. And this leads to a distorted understanding and corresponding conclusions that influence policy decisions.

He says that “the problem arises from different conceptualisations of ‘security’. Western references to the SCO reduce security to the conventional notion of geopolitics as ‘hard’ or military power (hence comparisons with NATO). But the concept of security underlying the SCO’s mission is much broader. Driven by China’s multifaceted security discourse, this concept encompasses not only hard geopolitical security but also geoeconomic development. The latter represents a long-term strategy that could be called ‘security through development’, which touches upon the global and regional strategies of all SCO member states”.vi

And this is a very good point. As has already been noted about the CSTO and China’s Belt and Road, there are a wide variety of initiatives in the region that in some way relate to or overlap with the SCO. There is the North-South International Transport Corridor, which is being progressively developed by Iran, Russia, India and Azerbaijan.

There is the Eurasian Economic Union, which is de facto led by Moscow, although all decisions in the EAEU governing bodies are based on consensus. There are regional transport corridors linking Pakistan and the Central Asian states, as well as Turkey. There are also local trade associations. And the SCO is increasingly becoming a platform for promoting these and similar initiatives.

Incidentally, the international BRICS club includes three SCO members, which should also be kept in mind in the context of the world’s movement towards multipolarity.

Forugh also astutely pointed out the existence of two types of processes that bring the SCO countries together: the first is negative short-term ties based on shared geopolitical grievances (such as sanctions or fears related to NATO) against the West, mainly the United States. This link is at a superficial level and receives significant media coverage in the West. Second, and more importantly, there is a long-term positive geo-economic link that is made through infrastructure initiatives. Infrastructure cements relations, both literally and figuratively, between all SCO participants, including member states, observer states and dialogue partner states.

Finally, Western sceptics should be reminded that the SCO is the world’s largest regional organisation, with eight permanent members, including Russia, China, Pakistan and India, representing about 40 per cent of the world’s population on more than 50 per cent of the globe’s surface area, and with 30 per cent of global GDP. And these four powers possess nuclear weapons. Incidentally, the SCO is also a site for the smoothening of differences, since it includes such rivals as Pakistan and India, and the latter has certain disputes with China. Apparently, some of the countries are interested in joining the SCO in the hope of finding a compromise and eliminating historical grievances. For there is still enough tension between the countries in the region. Armenia and Uzbekistan, Iran and Saudi Arabia, Iran and the UAE, Turkey and Iraq are the only ones that are on the radar screen. Although the prospects for resolving the differences are not yet clear, they are unlikely to be resolved by external actors who usually act as provocateurs and warmongers. For the time being the SCO therefore remains the only working structure for implementing good-neighbourly policies.

Will Biden know when to stop?

All the Young Dudes, Carry the (Russian) News

Turning To The East

The Significance Of The SCO’s Samarkand Summit

A Eurasian jigsaw: BRI and INSTC interconnectivity will complete the puzzle

0 thoughts on “SCO, a working framework for implementing neighbourhood policies”