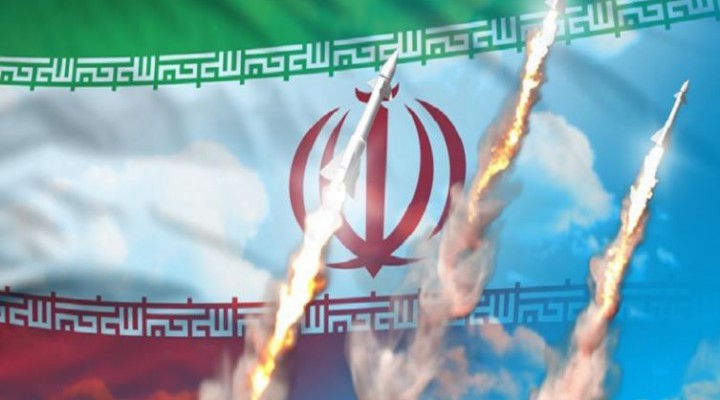 Few could have predicted that America wouldn’t pluck such low-hanging information warfare fruit by declining to extend false credence to the allegations that Iran just sent a bunch of ballistic missiles to Russia. It could have achieved three narrative objectives at once: misportraying those two as so-called “rogue states”; creating a greater sense of urgency over the need to dispatch more military aid to Kiev; and paving the way for Netanyahu to resume his traditional saber-rattling against Iran.

It’s not often that the US contradicts its proxies in Kiev, let alone about a very sensitive military-strategic issue, yet that’s precisely what the Pentagon just did earlier this week. Brigadier General Patrick Ryder said at a news briefing on Tuesday that “We do not have any information to corroborate right now that Iran has delivered ballistic missiles to Russia for use in Ukraine”, which directly goes against what Kiev had earlier claimed.

Senior Ukrainian advisor Mikhail Podalyak was so hysterical about this scenario last Friday that he publicly called on the US and its allies “to launch strikes on drones and ballistic missiles manufacturing facilities [in Iran].” This was followed shortly thereafter by Ukrainian Air Force spokesman Yuri Ihnat demanding that those ballistic missiles that still end up reaching Russia be destroyed at their launch sites inside that neighboring country before they can be used against his own.

It should also be mentioned that Kiev’s rhetorical escalations coincided with the presumed return to power of former Israeli Prime Minister Benjamin Netanyahu after his country’s latest elections on 1 November. While he has yet to form a government, the odds are definitely in his favor, which could translate to Israel saber-rattling against Iran yet again like one of his close political allies expects. This makes it all the more curious that the US just contradicted Kiev’s claims about the Islamic Republic.

After all, few could have predicted that America wouldn’t pluck such low-hanging information warfare fruit by declining to extend false credence to the allegations that Iran just sent a bunch of ballistic missiles to Russia. It could have achieved three narrative objectives at once: misportraying those two as so-called “rogue states”; creating a greater sense of urgency over the need to dispatch more military aid to Kiev; and paving the way for Netanyahu to resume his traditional saber-rattling against Iran.

A possible explanation for its surprising reluctance might have to do with the Wall Street Journal’s recent report that National Security Advisor Jake Sullivan is allegedly in some sort of talks with Russian officials over risk reduction. If there’s any truth to that report, then it would make sense for the US to proceed cautiously by not immediately extending credence to Ukraine’s claims and thus risk making Russia think that Washington might be in favor of Kiev’s threatened strikes against its launch sites.

If Moscow came to believe that Washington supported that escalation, then it might be concerned that Kiev’s claims about its purchase of Iranian ballistic missiles could be exploited as the pretext for arming its adversary with long-range missiles that could hit sensitive military sites deep within its territory. In response, the Kremlin might calculate that it’s best to take preventive action, thus escalating the Ukrainian Conflict even if this isn’t what neither Russia nor the US intentionally sought to do.

The problem is that the security dilemma between these two means that neither trusts the other, hence why public signals from one can easily be misinterpreted by the other as hinting at certain forthcoming military intentions even if they’re only shared for self-interested narrative/political purposes. In response, the second might feel compelled to take preventive action in order to avert what they’ve come to believe is an imminent escalation or at least give themselves an edge while they still can.

This insight helps make sense of the US’ unexpected refusal to extend credence to Kiev’s claims about Iranian ballistic missiles in Russia. Considering the reported risk aversion talks that Washington and Moscow are supposedly engaged in behind the scenes, the first didn’t want the second to interpret any self-interested support of its proxy’s claims as a signal hinting at its intent to escalate the conflict through the dispatch of long-range missiles and related approval to hit Russian launch sites afterwards.

Be that as it may, the US’ strategic calculations might eventually shift in the direction of extending credence to Kiev’s selfsame claims, but for now America remains reluctant to do so for the reason that was just explained. From this observation, it can be intuited that Washington is concerned about the possibility of Moscow escalating the conflict, which the latter is also reluctant to do but still wouldn’t shy away from if it felt that this was required to preventively defend itself from imminent threats.

Ahead of the coming winter amidst Ukraine’s energy crunch and its stalled Kherson Counter-Offensive, not to mention the possibility of the Republicans curtailing the US’ proxy war, it appears as though Washington wants to avoid any unexpected escalation of the conflict for now. To that end, it declined to extend credence to Kiev’s claims about Iranian ballistic missiles in Russia and its attendant demand to bomb related sites in both countries, which was logical in hindsight.

Why do Iran’s marches frighten America and save Russia from its setbacks in Ukraine? Did Al-Fateh missiles reach Moscow?