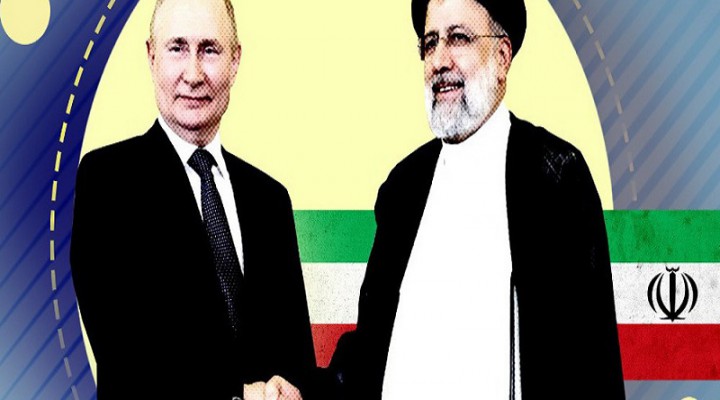 In its propagandists’ crazed pursuit to discredit the Russian-Iranian Strategic Partnership, the US clumsily began contradicting its own information warfare narratives.

White House Press Secretary Karine Jean-Pierre alleged on Wednesday during a press briefing that “Moscow may be advising Tehran on best practices, drawing on Russia’s extensive experience of suppressing open demonstrations.” National Security Council communications coordinator John Kirby then added during the same event that “we know they may be considering some sort of support to Iran’s ability to crack down on the protesters.”

This latest conspiracy theory about the Russian-Iranian Strategic Partnership makes no sense and is actually counterproductive to American interests. There’s no doubt that the Islamic Republic’s security services, especially the powerful IRGC, have the political will and means to counteract the ongoing US-orchestrated Color Revolution unrest that’s targeting Iran at this particular time due to its rising role in the global systemic transition to multipolarity.

After all, everyone across the US-led West’s Golden Billion remembers prior claims by that declining unipolar hegemon over the past two decades alleging that Iran has “ruthlessly crushed peaceful pro-democracy movements”. It’s therefore inconceivable to imagine that this Great Power all of a sudden somehow lost its “Democratic Security” capabilities in thwarting Hybrid War threats through related tactics and strategies aimed at neutralizing externally exacerbated domestic security challenges.

Evidently, if the earlier narrative alleging that Iran has dispatched thousands of drones and missiles to Russia is to be believed, the Islamic Republic also has such an excess of arms available that it can easily use comparatively lesser ones at home to defend itself from the latest Color Revolution unrest. Either this isn’t the case and the Golden Billion lied about those shipments or it’s now lying about Iran’s need for urgent Russian “Democratic Security” assistance. The fact of the matter is that both can’t be true.

This observation raises awareness of the increasingly counterproductive nature of the US’ information warfare campaign against the Russian-Iranian Strategic Partnership. It’s obviously based on half-truths and lies, all of which are combined to artificially manufacture negative perceptions about those two multipolar Great Powers’ ties. The only reason that the US is relying on deceit in order to manipulate its targeted audience’s perceptions is because the facts truly aren’t on its side.

In its propagandists’ crazed pursuit to discredit Russia and Iran, they clumsily began contradicting their own narratives as evidenced by those two cited examples related to alleged Iranian arms shipments to Russia and Iran’s alleged request for Russia’s “Democratic Security” assistance. The Islamic Republic has enough indigenous “Democratic Security” capabilities to defend itself from related Hybrid War threats without having to rely on any of its partners unlike comparatively weaker African countries.

The Central African Republic, Mali, and soon perhaps even Burkina Faso all serve as proof of the concept that Russia can indeed export bespoke “Democratic Security” solutions to its partners across the Global South, though Iran is in a category of its own because it’s so strong that it doesn’t need any help. Groundlessly speculating that it does, however, actually serves to inadvertently advance Russia’s soft power goals related to the export of these aforesaid counter-Hybrid Warfare solutions.

Put another way, the US is unintentionally framing Russia’s related unconventional security support to its partners as so effective that even one of the world’s most powerful Global South states – Iran – is now urgently seeking its assistance. Those countries who fall for this latest information warfare narrative might therefore actually end up approaching Moscow to request their own form of assistance instead of shirking away from that newly restored world power like Washington inexplicably expects.

It’s for these reasons why the US’ latest conspiracy theory about the Russian-Iranian Strategic Partnership doesn’t make sense and is even counterproductive to America’s soft power goals. This latest allegation raised uncomfortable questions regarding its prior one about Iranian arms exports to Russia since both can’t be true while also inadvertently promoting Moscow’s “Democratic Security” exports. Nevertheless, more such double-edged conspiracy theories are expected to soon be spewed.