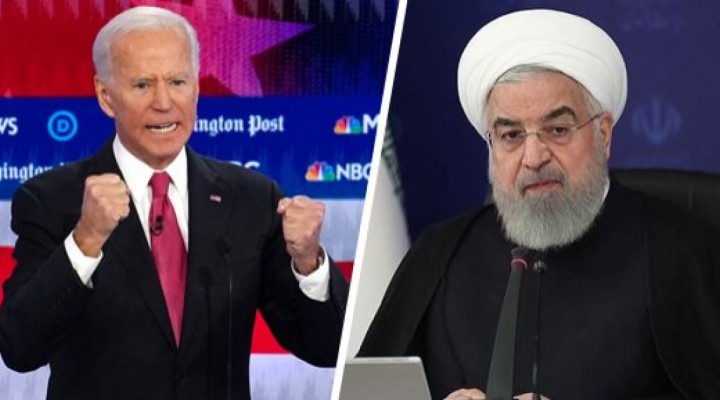 The Biden administration has realised that Iran won’t blink first and is serious about threatening to withdraw from the nuclear agreement and cease all compliance with its terms. That is why it arranged for its European allies to hold an ‘unofficial’ meeting with the Iranian side in Brussels, and treated the talks as a ladder to climb down from the tree of economic sanctions and save face.

Secretary of State Anthony Blinken told the three European signatories of the Joint Comprehensive Plan of Action (JCPOA) – Germany, France and Britain – that his government was willing to engage in discussions with Iran to reach an agreement on both sides “returning to full compliance” with the deal. In a further step, the administration said it would stop pressing for the reimposition of UN sanctions on Iran and eased travel restrictions on Iranian diplomats.

In short, the US administration signalled its willingness to accede to Iran’s demands, particularly the lifting of sanctions. It did so because it concluded that otherwise, Iran would carry out its threat to step up uranium enrichment and pursue a new nuclear policy – in other words, go down the North Korean path and develop nuclear warheads.

Iran had been poised to announce on Sunday night/Monday morning – after the expiry of the deadline it set – the halting of cooperation with International Atomic Energy Agency (IAEA) inspectors unless the US agrees to cease its ‘economic terrorism’ – i.e. sanctions – without delay.

The aim of Biden’s phone call to Benjamin Netanyahu – a full month after taking office and speaking to 15 other world leaders – was not to reaffirm the strong friendship between their two countries. It was to inform the Israeli premier that the US had decided to re-join the JCPOA and resume dealings with the Iranians. The statement by Netanyahu’s office describing the conversation as “friendly” was just the latest in the Israeli prime minister’s long litany of lies.

While Iranian radicals and moderates are united on the need to end sanctions, there are differences within the US administration about how to handle this nuclear crisis. Advocates of diplomacy led by Blinken favour reinstating the 2015 agreement in some form or other. But hawks in the administration seek a new and expanded agreement that covers Iran’s missile programmes, reformulates its regional role and cuts off its paramilitary allies in Lebanon, Iraq, Yemen and Gaza.

Iran will settle for no less than the full lifting of US sanctions in return for halting uranium enrichment and allowing the IAEA inspectors back to work. It will not abandon its advanced missile programmes. But it might be prepared to negotiate about the range of those missiles and not producing long-range inter-continental versions like North Korea’s that could reach the US.

The US only understands the language of force. The ‘conservative’ camp in Iran led by Ayatollah Ali Khamenei seemed to have had enough and decided to revert to the pre-2015 approach of not trusting promises or agreements made by the US. The moderate camp was sidelined and the conservatives took direct control of the nuclear file and other key policy areas.

Trump did these hardliners a historic service and gave them the best gift they could want when he ditched the JCPOA under pressure from Netanyahu conveyed through ‘super-brat’ Jared Kushner. This hugely weakened the moderate camp that worked so long and hard to achieve the deal. It now seems set to lose the forthcoming presidential elections to a conservative candidate backed by Khamenei.

Regardless of whether Iran reverts to full JCPOA compliance or not, the US campaign of ‘economic terrorism’ against it is doomed. It has failed dismally to achieve its objective of bringing the country to its knees in order to bring down the regime. It has made Iran more self-reliant, enabled it to achieve self-sufficiency in many areas (especially military industries), and reduced its dependence on oil revenues. Agree or disagree with Iran’s leadership, it won out by standing fast and drawing on its own resources and people, the majority of whom stood behind it and made sacrifices.

There is no consolation for Iran’s detractors, especially those Arabs who turned from the US to Israel for protection. They squandered their financial might on extravagances, wars to destroy other Arab countries, and propping up the US economy and the arms industry, and now find themselves exposed, enslaved and utterly unprotected. They have even begun longing for the ‘Arabism’ they did so much to destroy.