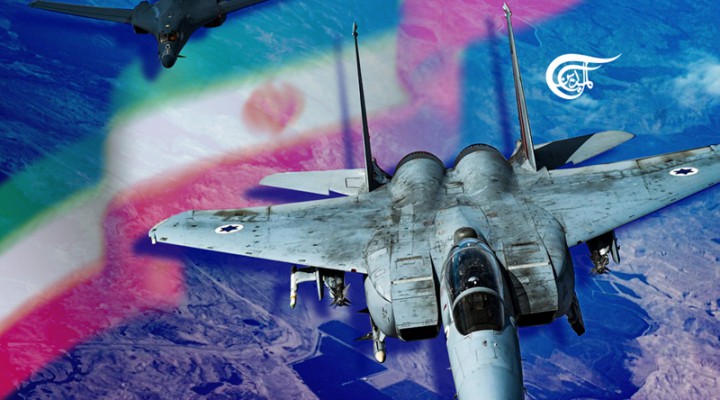 Should the Vienna talks fail, either “Israel” has to come to live with Iran as a ‘threshold nuclear power’, or, it must prepare itself for a multi-front regional war.

Earlier this month, Israeli Prime Minister Naftali Bennett said that his country is in a cold war with Iran, and that it plans to defeat the Islamic Republic the same way Ronald Reagan supposedly defeated the Soviet Union: “We have a cold war with Iran. For the last 30 years Iran positioned around us to distract us”. Bennett warned that Iran would face “very serious implications if they continue to enrich uranium”, and stressed that Tel Aviv would “do whatever is necessary to neutralize this threat”, including by outspending the country on defence to stay “a number of steps ahead”.

Bennett’s interview with the British Sunday Times is pure ‘rhetorical abandon’, both in respect to the fall of the Soviet Union, as well in the notion that how much you spend is the determinant of success in asymmetrical (or even conventional) warfare. And his resort to such bombastic language is not sign of a coherent, much less a prudent, approach, but rather, signals an inherent weakness being covered up by the rhetorical flourish of Israeli leaders celebrating their ‘successes’ in purely secondary issues (ones to which Iran is likely in due time, to give its calibrated response).

Yes, Iranian petrol stations have been subjected to (apparent) cyberattack; new US sanctions have been imposed on a handful of IRGC figures; and deterrent demonstrations of ‘muscularity’ have been mounted — over the last weekend, the US flew a B-1B strategic long-range bomber on a long flight, circling around Iran’s perimeter.

More specifically, the US bomber flew up the Strait of Hormuz, in what the US Air Force called a ‘presence patrol’ to send a message to Tehran. The point here being that a B-1B bomber is capable of carrying America’s heaviest bunker-busting bombs — a capability that does not exist in “Israel”. Symbolically too, at various points along the route, Israeli fighter jets escorted the bomber, with jets from Saudi Arabia, Bahrain and Egypt participating, too.

All this empty symbolism may be effective politics: domestically in “Israel” – and more particularly in the US where the Administration urgently needs foreign policy successes after its rout in Afghanistan – but it lends no confidence to the notion that the US administration – even in private – knows how to proceed next in respect to Iran. Indeed, there is some evidence that Biden may not be clear in his own mind.

The Vienna JCPOA talks paint the picture of an US Administration caught and struggling between two distinct aims: A ‘clean’ return by Iran to the JCPOA – and secondly, coercing Iran into a wider, ‘stronger for longer’, Mark Two, nuclear plus deal. By oscillating alternatively between these two conflicting objectives, Biden fumbled the talks, gaining little or any traction on either course.  Of course, the drawn out talks will be blamed on Tehran, though it seems it was Biden’s refusal in May to commit to the JCPOA for the extent of his term in office (were Iran to do the same), which was principally responsible for the descent into impasse.

The E3 and the US at the G20 in Rome, have already laid down hull and ribbings to their ‘blame Iran’ vessel: i.e. determination that Iran can never develop a weapon; and their grave and growing concern at the accelerated pace of its provocative nuclear steps. The statement also goes on to accuse Iran of restricting cooperation and transparency with the IAEA, and agrees that continued Iranian nuclear advances and obstacles to the IAEA’s work, “jeopardize” the return to the JCPOA.

Note that Ben David does not dwell on Iran’s promised retribution, were its nuclear facilities to be attacked.

Bottom Line: Should the Vienna talks fail, either “Israel” has to come to live with Iran as a ‘threshold nuclear power’, (which does not at all predicate it being a nuclear weapons threshold power). Or, it must prepare itself for a multi-front regional war.

And that is what “Israel” says it is doing – though the Budget, including this defence provision – and even Bennett’s continuing in office – hangs on the latter successfully fending-off Netanyahu’s all-out attempt to block the Budget vote this week. In “Israel”, the Budget vote is regarded as also standing as a ‘confidence vote’ for the government. Although even should the Budget pass however, with $1.5 billion allocated ‘for conflict with Iran’, the Israeli Establishment says it will be two years before the IOF is positioned for any multi-front regional war.

Flummoxed by their JCPOA lik

ely failure, Biden and Bennett have resorted to old recipés: sanctions and pressures. It is a discredited and failed strategy. Bennett implicitly admitted this in the Sunday Times interview, when he said that after 30 years of Israeli and US-led Cold War, Iran continues to enrich.

US diplomacy is clearly losing traction everywhere, resulting in more and more of America’s traditional allies hedging their relations through broader alliances. And the more the latter look eastward, the more they all engage more deeply with China. Iran very much has that option, as it joins the SCO, and meshes into the Eurasian Economic Community.

The Biden quest to racking up these hollow sanctions and fly-past ‘achievements’ for “Israel”, ignores the key lacuna within these tactics: The unpredictability of Israeli intentions – which leads to the question of whether Biden’s policy is making it more, or less likely that America would have to fight a major war in the near future. The US is pursuing ephemeral success, whilst ignoring the strategic risk of a much bigger disaster.

The Israeli military analyst, Alon Ben David, laid it out on the table: The status quo tit-for-tat continues, “unless Israel decides to launch an attack on Iran’s nuclear facilities”.

Why, we must ask, did Biden’s Team deploy the B1-B heavy bomber for its ‘demonstration of power’? They must be aware that “Israel” has been begging to buy, or lease, these B1-B bombers since the Obama era. It’s been ‘on the table’ since then, the former Israeli Ambassador in Washington, Michael Oren, has noted. No doubt, it still is.

Is Biden leaning towards the gesture of selling a few to “Israel”? “Israel” could then try to destroy Nantaz on its own.

Is Biden walking into an Israeli trap, believing that “Israel” would always ask before using?  The unpredictability of others’ intentions can never be discounted, or hedged against.

0 thoughts on “Believing “Israel” Would Ask Before Doing”